An important event update from the American Red Cross:

In light of guidance by the Centers for Disease Control and Prevention and local public health departments, the American Red Cross and our event partners have decided, out of an abundance of caution, to postpone this Force Migration Symposium due to growing concerns of the coronavirus (COVID-19). We will update our event partners, this webpage and attendees via email notification when new dates have been determined.

The American Red Cross is closely monitoring this evolving situation and stands ready to aid response and preparedness efforts. Please review this information update, which provides a brief overview of Red Cross response work so far, both overseas and here at home. It also shares precautions we are taking to protect the blood supply, collection staff, and blood donors, as well as common sense safety tips and emergency preparedness actions you can take now to help protect you and your family. For the latest information on Coronavirus 2019 disease, please visit the U.S. Centers for Disease Control website.

As we watch the unfolding of the effects of coronavirus around the world, we offer our condolences to its many victims and our gratitude to the thousands of health care workers fighting its spread.

We apologize for the inconvenience and greatly appreciate your patience, understanding and flexibility.

This symposium is a complimentary event intended to educate the community about the challenges and solutions to forced migration worldwide. Attendees have three opportunities to hear a panel discussion by some of the nation’s foremost experts on international studies.

Location: The Merrill Cultural Center at the University of California Santa Cruz 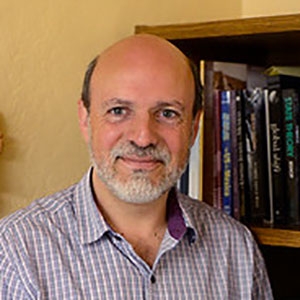 Dr. Arrocha is an Associate Professor at the Middlebury Institute of International Studies. His research focuses on the intersection of international migration and human rights. His latest publication Combating xenophobia and hate through compassionate migration: the present struggle of irregular migrants escaping fear and extreme poverty focuses on the need to embrace, from a social justice approach, actions of compassion to empower migrants suffering from policies of exclusion. He is a recipient of the United States Congress Certificate of Special Recognition in Recognition of Outstanding and Invaluable Service to the Community and of the California Legislature Assembly, Certificate of Recognition in Recognition of the 2006 Allen Griffin Award Winner for Post-Secondary Teaching. 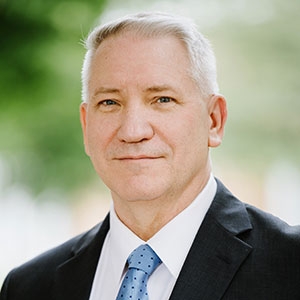 As the Senior Director for International Services, U.S. Programs, Randy Bagwell is responsible for International Humanitarian Law (IHL), Restoring Family Links and the Missing Maps program for the American Red Cross. This includes working on such issues as the dangers to medical workers and facilities in conflict zones. Before joining the Red Cross, Randy served for more than thirty-five years in the U.S. Army as a legal officer, infantry officer and infantry soldier. As a military legal advisor, he specialized in IHL and taught IHL at the U.S. Naval War College, the U.S. Army JAG School, the Defense Institute of International Legal Studies, and the International Institute of International Humanitarian Law in San Remo, Italy. While in the military he had operational deployments twice to Afghanistan and once to Iraq. He retired from the Army in 2018 at the rank of Colonel. His last position in the Army was Dean of the Army’s Judge Advocate General’s School in Charlottesville, Virginia. The federal government’s only American Bar Association approved law school. 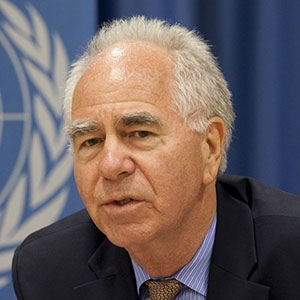 Dr. Neil Boothby is a psychologist and former US Government special advisor and senior coordinator to the USAID administrator on Children in Adversity, and former director of the Program on Forced Migration and Health at the Columbia University Mailman School of Public Health. Currently, he is the founding Director of the Fostering Resilience Initiative at the University of Notre Dame. He has received numerous awards for his work on behalf of war-affected children, including the Red Cross International Humanitarian of the Year Award, the Mickey Leland Award, the United Nation's Golden Achievement Award for Social Services, and Duke University's Humanitarian Service Award. 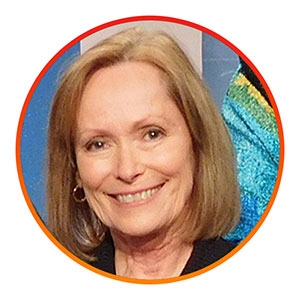 Donna Duvin has a Master’s in Nonprofit Management from Regis University, and brings over twenty-five years of experience in humanitarian work and non-profit leadership. In 2015, she joined the International Rescue Committee, a global organization with a presence in 40 countries. She currently serves as the Executive Director of the IRC in San Diego which provides support to over 8,000 refugees, asylees, asylum seekers, and immigrants each year. Given its Southern Border location, the IRC has been deeply involved in the asylum-seeker crisis over the past two years. Prior to joining the IRC, Duvin served as CEO and Regional Executive Director for Red Cross territories in California and Michigan.  She is known for her success in capacity building and collaborative approaches in addressing complex humanitarian challenges. 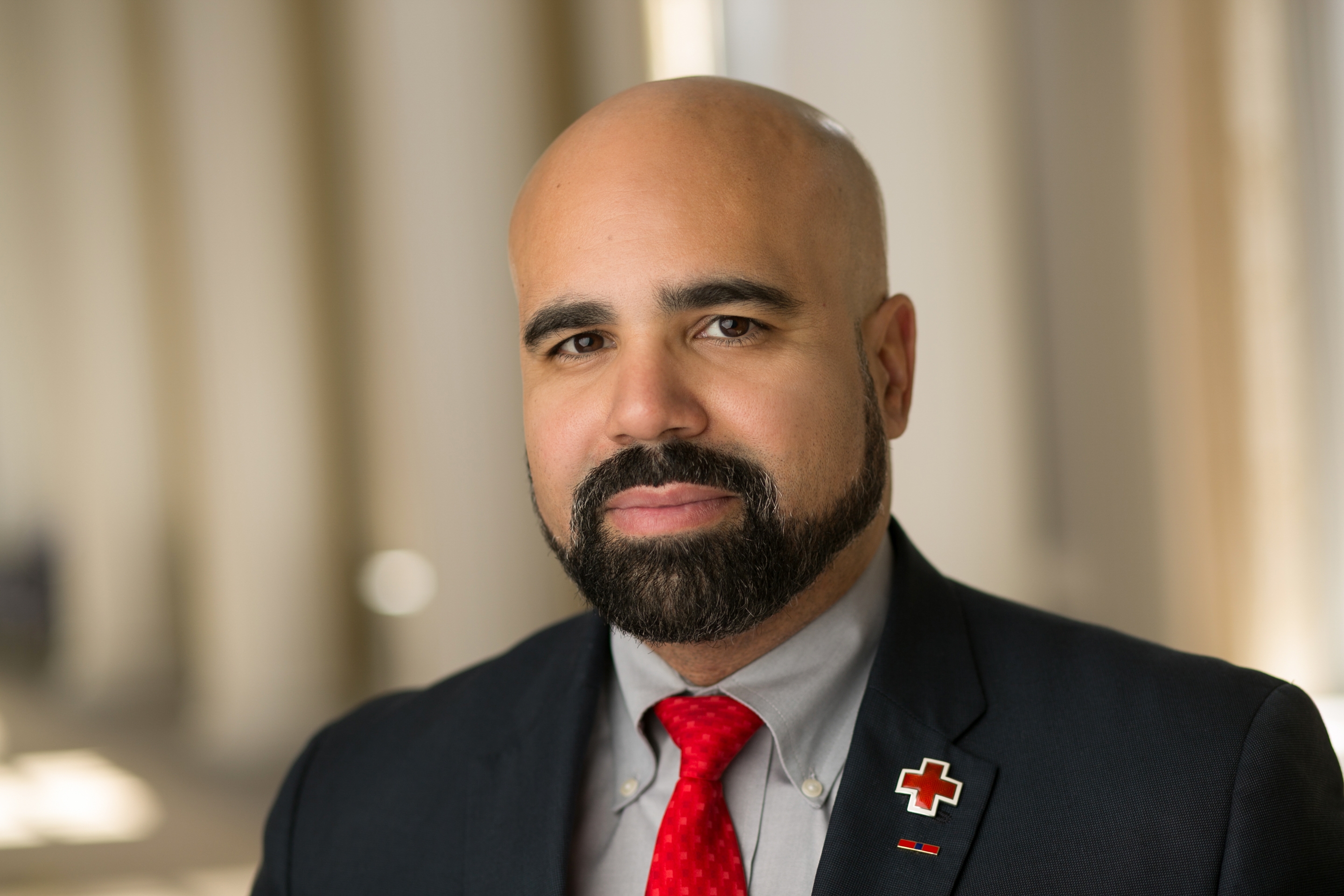 As Senior Vice President for International Services and Service to the Armed Forces, Koby Langley provides oversight and direction for American Red Cross programs around the world, with a focus on global elimination of measles and rubella, and international disaster preparedness, response, and recovery operations for communities in need. In addition, Langley oversees the worldwide support provided to service members, veterans and their families — the oldest congressionally-chartered mission of the American Red Cross.

During his military service, Langley was appointed as the first in-theater Foreign Claims Commissioner for Iraq; developed and published the first Foreign Claims Act Standard Operating Procedure in Iraq and paid the first civil reconstruction claims during combat operations. Langley conducted over 100 Foreign Claims Act and Laws of Armed Conflict missions/convoys in Iraq and served as an Operational Law Attorney and Prosecutor for the 82d Airborne Division. Langley also served as a Litigation Counsel for the Army where he practiced with dozens of attorneys in the Department of Justice, assisting in successful litigation of over 150 cases.

From 2006 to 2008, Langley was the managing member of a litigation firm and worked as a Veteran organizer for the successful Congressional race of the first Iraq War Veteran elected to Congress. In 2008, he was appointed to the Presidential Review Team for the Department of Veterans Affairs. In 2009, he worked as a Special Assistant to the Secretary of the Department of Veteran Affairs, leading strategic communications and several constituency-based strategic planning portfolios. In 2010 he was appointed to the Senior Executive Service at Department of Defense, where he worked as Acting Deputy Assistant Secretary and Senior Advisor for the Office of Wounded Warrior Care and Transition Policy. He is published in numerous national news outlets and has conducted visiting correspondent interviews for Fox News and MSNBC.

Langley is a two-tour combat Veteran and Bronze Star recipient for meritorious service.

To learn more about American Red Cross International Services activities throughout the world and to get involved, please click here.

Thank You to Our Sponsors and Supporters