As part of the world’s largest humanitarian network, join us in learning how the American Red Cross International Services team provides relief and hope in communities around the globe by reconnecting families separated by crises, helping rebuild communities devastated by disasters and working alongside health organizations to eliminated global disease.

This online event is free and open to the public. Registration is required by Wednesday, April 28, 2021. 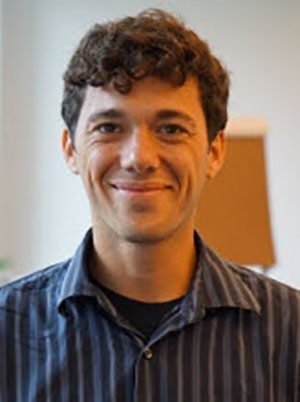 Losavio has been in the social services and non-profit field for over 15 years, with several years working in a leadership capacity.  His tenure with the Red Cross started in 2013 during Hurricane Sandy where he served as a member of the Long-Term Recovery Case Management team. During that time, he served hundreds of families who were devastated from the hurricane. Through the programs and resources provided at the Red Cross, he helped them recover financially as well as start to rebuild their homes.

Starting in 2015, Losavio served as the Regional Director of Client Services and Recovery for the Greater New York Region, one of the busiest disaster regions in the United States. During this time his team managed the casework, disaster mental health, disaster spiritual care, and health services program for New York City, Long Island and several counties in Upstate New York and Connecticut. The team's top priority was to ensure families had all of the tools and resources needed to make a full recovery from building fires, vacates, building collapses and natural disasters occurring in the New York region.  He also managed several major national recovery efforts, such as setting up the Puerto Rico Evacuee Service Center that served thousands of families after Hurricane Maria. His team also created one of the first virtual casework hubs to support families across the US devastated by Hurricane Matthew and Harvey.  In addition to this work, his team provided mental health support and financial assistance among other services to the families affected by the West Side Highway Terrorist incident.

Most recently, Losavio served as the Regional Director of the Service to the Armed Forces and International Services program for the American Red Cross of Greater New York.  Over the last two years, he has managed a team of staff and volunteers to support the military and international community. In this role, he built and managed a team of over 200 volunteers. This team works to support the casework and resiliency for active duty service members, veterans and their families. They also provide support to five veteran hospitals, families preparing for pre or post deployment, individuals joining the military, and families who were displaced due to war or conflict. 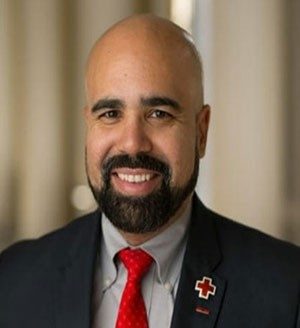 As Senior Vice President for International Services and Service tothe Armed Forces, Koby Langley provides oversight and direction forAmerican Red Cross programs around the world, with a focus onglobal elimination of measles and rubella, and international disasterpreparedness, response, and recovery operations for communitiesin need. In addition, Langley oversees the worldwide supportprovided to service members, veterans and their families — theoldest congressionally chartered mission of the American RedCross.

Working in coordination with the global Red Cross and Red Crescentnetwork, the American Red Cross International Services provides critical support in Latin America,Africa, Asia and Europe in some of the world’s most at-risk communities around the world. Inaddition, International Services helps to reconnect families separated by crises via participation inthe global Restoring Family Links communication network, supporting almost 10,000 families a year.The Red Cross is also a key partner in the global effort to eliminate measles and Rubella, supporting2 billion vaccinations since 2001.

Service to the Armed Forces provides critical services with a caring touch, from the moment amember of the military joins the ranks, throughout their military careers and long after they returnhome as veterans. Operating the largest integrated emergency and critical support casemanagement system for military families in the world, the military counts on the Red Cross to provideemergency communications that link them with their families during a crisis – 24 hours a day, 365days a year. Additionally, Service to the Armed Forces provides in-theater support to servicemembers deployed overseas. Service to the Armed Forces leads volunteer activities on 180locations on military installations, 171 Veteran Affairs facilities and provides EmergencyCommunication Assistance services to more than 80,000 Military members and their families a year.

In 2010 he was appointed to the Senior Executive Service at Department of Defense, where heworked as Acting Deputy Assistant Secretary and Senior Advisor for the Office of Wounded WarriorCare and Transition Policy. In 2009, Langley worked as a Special Assistant to the Secretary of theDepartment of Veteran Affairs, leading strategic communications and several constituency-basedstrategic planning portfolios. Head of Delegation for the US & Canada, ICRC

As Head of Regional Delegation in Washington DC, Patrick Hamilton manages the ICRC'srelationship with the Governments of the US and Canada, covering international humanitarianlaw, humanitarian policy and operational matters linked to US and Canadian military action.This includes the ICRC’s regular visits to the detention facility at Guantanamo Bay, Cuba. TheRegional Delegation also steers the ICRC’s work with the Organization of American States(OAS), the Inter-American Development Bank, the World Bank, and interfaces with theNational Societies of both the United States and Canada.

Prior to moving to Washington, Patrick spent nearly 6 years at the ICRC Headquarters inGeneva, Switzerland. His last post was as Head of the Support Relationships in Armed ConflictInitiative, looking at practical steps that can be taken by state and non-state actors to betterleverage relationships of support to improve the protection of civilians and those no longerfighting.

Having joined the ICRC in late 2001, Patrick served as a Pushtu Interpreter involved in carryingout visits to those being detained by Afghan and US Forces in Afghanistan and GuantanamoBay until the end of 2003.

He is a graduate of the Universities of London (BA English Literature) and Glasgow (MPhilDevelopment Studies). 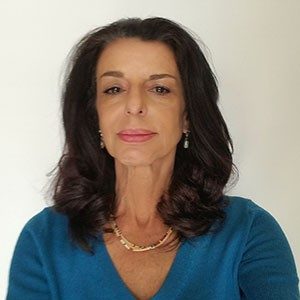 Recently retired from the technology industry after 40 years in marketing and partnerships, Christine Medeiros has local, regional and divisional roles with the American Red Cross.

As part of the North Bay Chapter, she is the Reunification lead for Marin County – the Red Cross service after a domestic disaster to reunite families and locate missing people at risk. Most recently working on cases for Hurricane Laura, and the California and Oregon wildfires.

As divisional lead for the Restoring Family Links (RFL) program, she oversees casework & outreach for Northern California Coastal Region and mentor to the Pacific Division covering seven states and the pacific islands. She promotes the Red Cross’s unique role in reconnecting families around the world who have been separated through war, natural disaster, forced migration or other humanitarian crises.

She represents the American Red Cross at Marin, San Mateo and San Francisco county Human Trafficking coalitions and Immigrant Services forums. Pre-COVID, Christine presents at monthly Asylee Orientation sponsored by USCIS (US Customs and Immigration) reaching over 1000 new immigrants from all over the bay area. A volunteer for three years, she is the winner of two Red Cross Pacific Spirit awards in 2020, and Marin Leadership award 2019.

Migrant hero, Fatima, is one of 900,000 people living in a displacement camp in Bangladesh where the Red Cross has provided First Aid & CPR training. The love of Fatima’s life is alive today thanks to her quick actions in administering CPR because of that Red Cross training.

About the Speaker Series 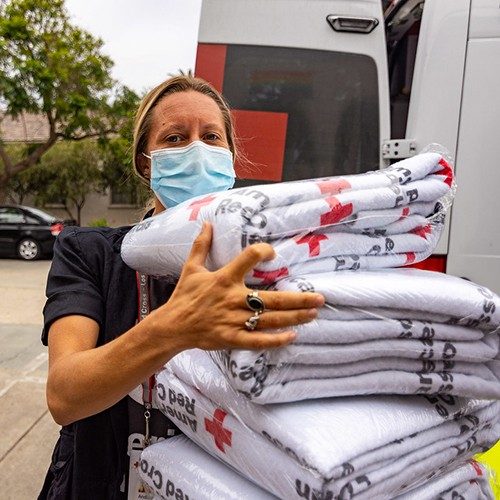 The American Red Cross Northern California Coastal Region (NCCR) has curated a virtual quarterly Speaker Series to educate and inspire you through timely conversations with respected industry leaders and Red Cross volunteers. This series is open to all and participants are encouraged to submit their questions and comments during registration for speakers to consider as part of the conversation. 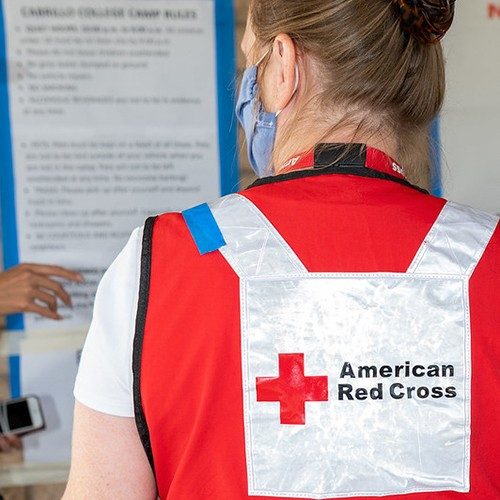 If you are unable to attend but would like to contribute to our fundraising efforts, click here.

For all event and registration questions, please contact Pooja Klebig at pooja.klebig@redcross.org