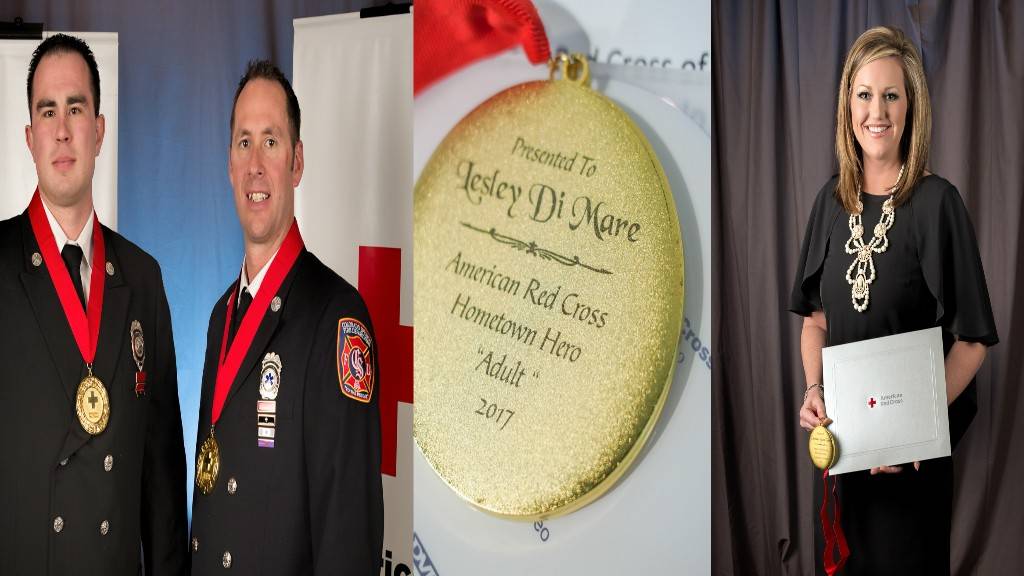 Pueblo, CO, Monday, October 22, 2018 — Everyday in our community ordinary people perform extraordinary acts of compassion, community service and heroism. The American Red Cross of Southeastern Colorado celebrates those heroes at the annual Pueblo Hometown Heroes dinner that will be held at the Sangre de Cristo Arts and Conference Center in Pueblo on Thursday, February 21, 2019 from 6:00 to 9:00 P.M.

The Pueblo Hometown Heroes dinner is an annual fundraiser for the American Red Cross of Southeastern Colorado. Funds from this event are used to support all Red Cross services in southeast Colorado including the Service to Armed Forces, Disaster Relief, Emergency Preparedness and Health and Safety programs. For more information about this event visit our website at www.redcross.org/PuebloHeroes2019

This year the American Red Cross of Southeastern Colorado wants to recognize Louie D. Carleo. Louie D. Carleo has been a driving force in Pueblo for decades. A Pueblo native, he has spent much of his life “making Pueblo a better place to live.” He attended South High School and graduated from Western State College. Louie taught government and coached football and wrestling for Pueblo County High School. After teaching for five years, Louie saw an opportunity to expand his horizons and moved from teaching to construction and property development.

Louie began his efforts to redevelop downtown Pueblo by purchasing properties and redesigning them to meet 21st century standards. Starting in 1987 with the founding of LDC properties, he purchased one building. His holdings now encompass over 50 properties; including the Thatcher Building, Midtown Shopping Center, the Colorado Building and the Andrews Produce Building.

In 1972 Louie married Dorsey Jo Hayes. They have two daughters and four grandchildren. Louie and Dorsey truly love Pueblo. “This city and the people have been so good to me and my family,” he said. “It is important to give back to the community.”

Want to Nominate a Hero? Nominations Now Being Accepted!

The nomination period for the Pueblo Hometown Heroes Dinner – 2019 will remain open from now until December 1. Following that, a committee will determine which applicants should be recognized at the Dinner. To nominate a here for the 2019 Pueblo Hometown Heroes Dinner visit our website at https://www.redcross.org/local/colorado/about-us/our-work/nominate-a-hero.html.

Nominations for Hero Awards can be made in the following categories:

Adult Hero: (Age 18 and Over) Presented for a courageous or life-saving response that made an exceptional difference in or saved the lives of others.

Youth Hero: (Age 18 and Under) Presented for a compassionate response or life-saving skills

that made an exceptional difference in or saved the lives of others.

Military Hero: Presented to a member of the armed forces (active, guard, reserve, retired, or military spouse) whose actions went above and beyond the call of duty.

Animal Hero: Presented to an animal whose trained or innate skills helped save a life OR an individual OR nonprofit that performed extraordinary service related to the protection and safety of animals.

Community Service Hero: Presented to an individual who has performed an extraordinary

community service that has made a difference in the lives of others.

Community Partner Hero: Presented to a business or organization whose compassion

or life-saving actions made an extraordinary difference in the lives of others.

community has made an extraordinary difference in the lives of others.