Every year, Hispanic Heritage Month is recognized from September 15 to October 15 to honor the cultures and contributions of both Hispanic and Latino Americans. The nationwide desire to educate people all over the country about the many contributions the Hispanic community has made to U.S. culture is what began this celebration decades ago. This month, we feature two fellow Red Crossers who not only celebrate Hispanic Heritage Month yearlong personally, but also professionally.

"Our main objective is always going to be to prevent and alleviate human suffering in the face of emergencies. ​We want to help Hispanic communities be better prepared for a disaster, giving them the tools they need in their language. We provide immediate assistance and recovery support to families and individuals affected by residential fires, earthquakes, floods, forest fires, transportation accidents, bombings, explosions, and other types of natural or caused disasters — 24 hours a day, 365 days a year,” says Meinhofer.

Our next feature shares how she became involved with the Red Cross and how her personal journey has helped her bring people together in the face of disaster.

Ximena Poblete became the Disaster Program Manager for the Greater Miami and The Keys Chapter in September of 2016. Before she became a Red Crosser, her journey began in Santiago, Chile where she was born and raised. When she was fourteen years old, she moved to South Florida. Poblete recalls that the hardest thing about coming to the U.S. was learning the language. She quotes “I have a very positive outlook and although I was in high school and people are mean, I wouldn’t take it personally when they bullied me about things I said wrong.” She would always respond with a simple “thank you”. Years later, Poblete decided to change the course of her life and became a Red Cross volunteer, she says the “Red Cross changed my life when I needed it most.”

In her current position, she is responsible for disasters that occur regionally, but more specifically in Miami-Dade and Monroe counties. This not only includes responding to disasters but also disaster preparedness and training. Poblete understands why it’s so important to connect with the Hispanic communities in their own language and get them involved in Red Cross initiatives. In 2019, she hosted Red Cross classes in Spanish alongside Mira USA, a Florida non-profit organization that promotes the social integration of immigrants in the U.S. During these classes, she taught and trained more than one hundred Hispanic and Latin Americans on disaster response and how to work in a Red Cross shelter during a disaster. “I think this is a great way to reach the community and encourage people to become volunteers,” says Poblete. Throughout her journey from South America to the U.S., Poblete uses bits and pieces of her life experiences to bring people together and celebrate the contributions that each person offers.

Throughout the year the Red Cross continues to reach the Hispanic communities creating opportunities to become involved but also providing important information to keep themselves and their families safe. Because of the dedication of Grace Meinhofer, Ximena Poblete, and many other Red Crossers, Hispanic Heritage Month will always be a year-round celebration.

To learn more about volunteer opportunities for Spanish speakers at the Red Cross, please visit cruzrojaamericana.org/voluntarios. 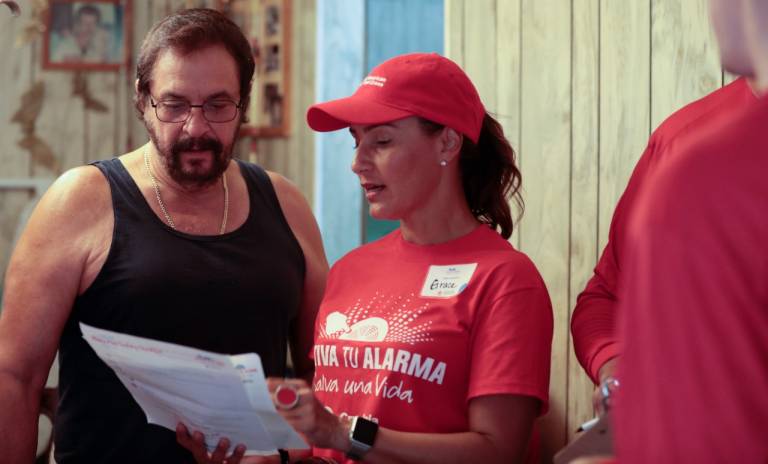 Grace Meinhofer assisting with fire alarm installations during Sound the Alarm in Hialeah, Fla. in 2019. 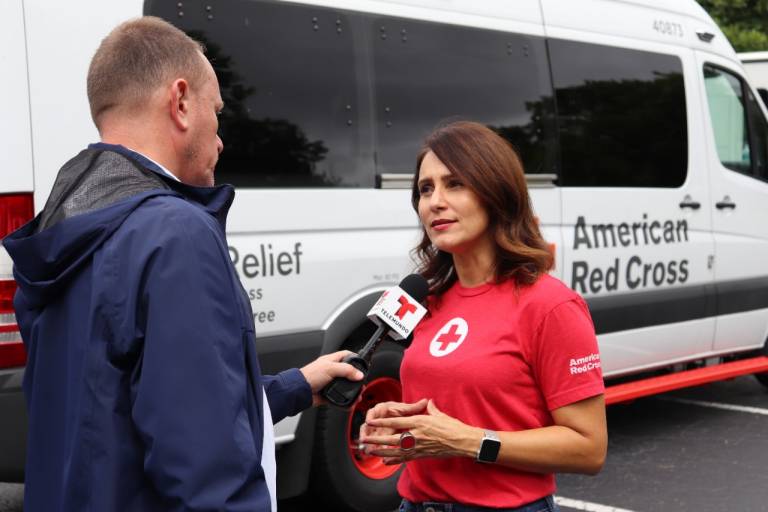 Grace Meinhofer giving an interview for the South Florida Region. 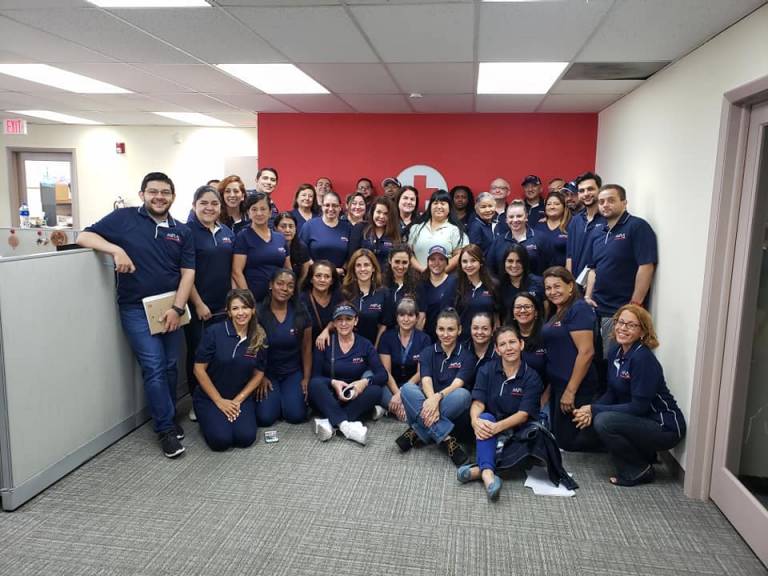 Group photo of Mira USA and Ximena Poblete during training in 2019. 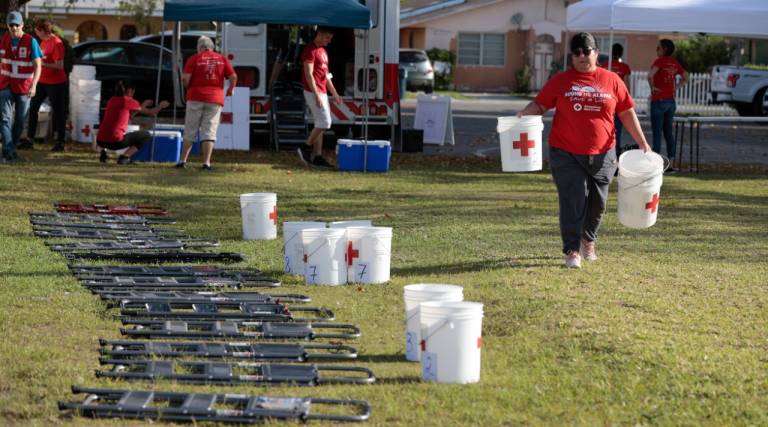 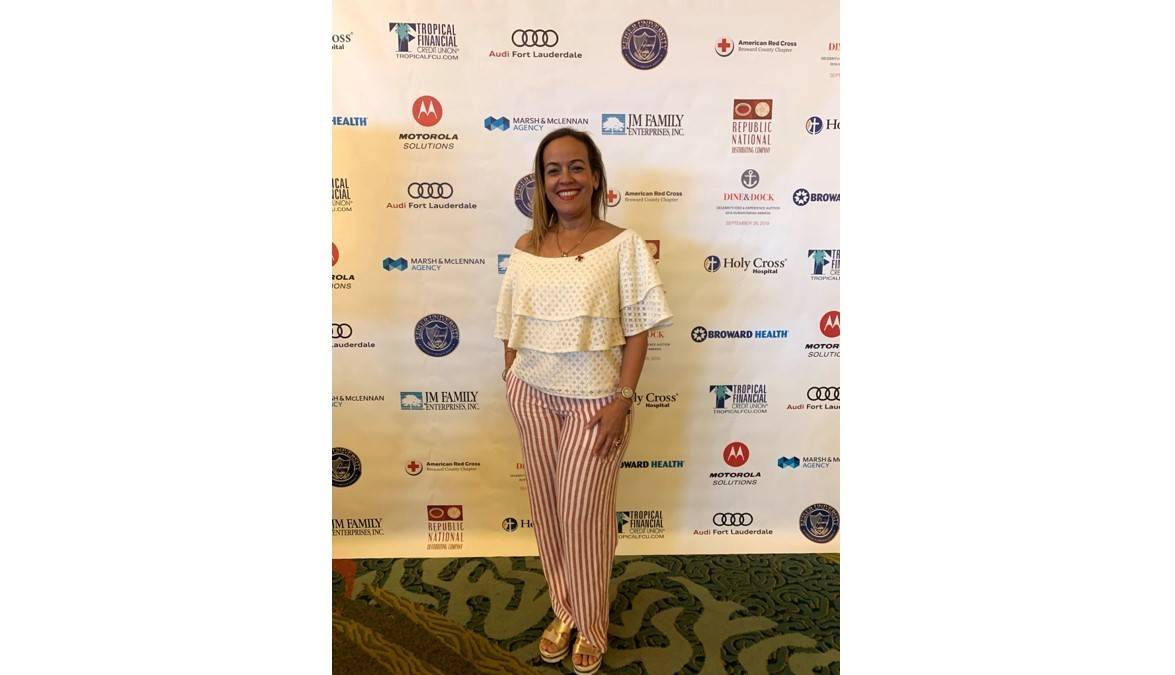 A South Florida Volunteer's Passion for the Mission

“As someone who has been on the receiving end of a similar care package during a combat deployment, I can tell you, this may be the most appreciated gift you give this Holiday Season.”
.type=article.p=1
View All
/content/redcross/en/local/florida/south-florida/about-us/news-and-events/news/red-cross-celebrates-hispanic-heritage-month