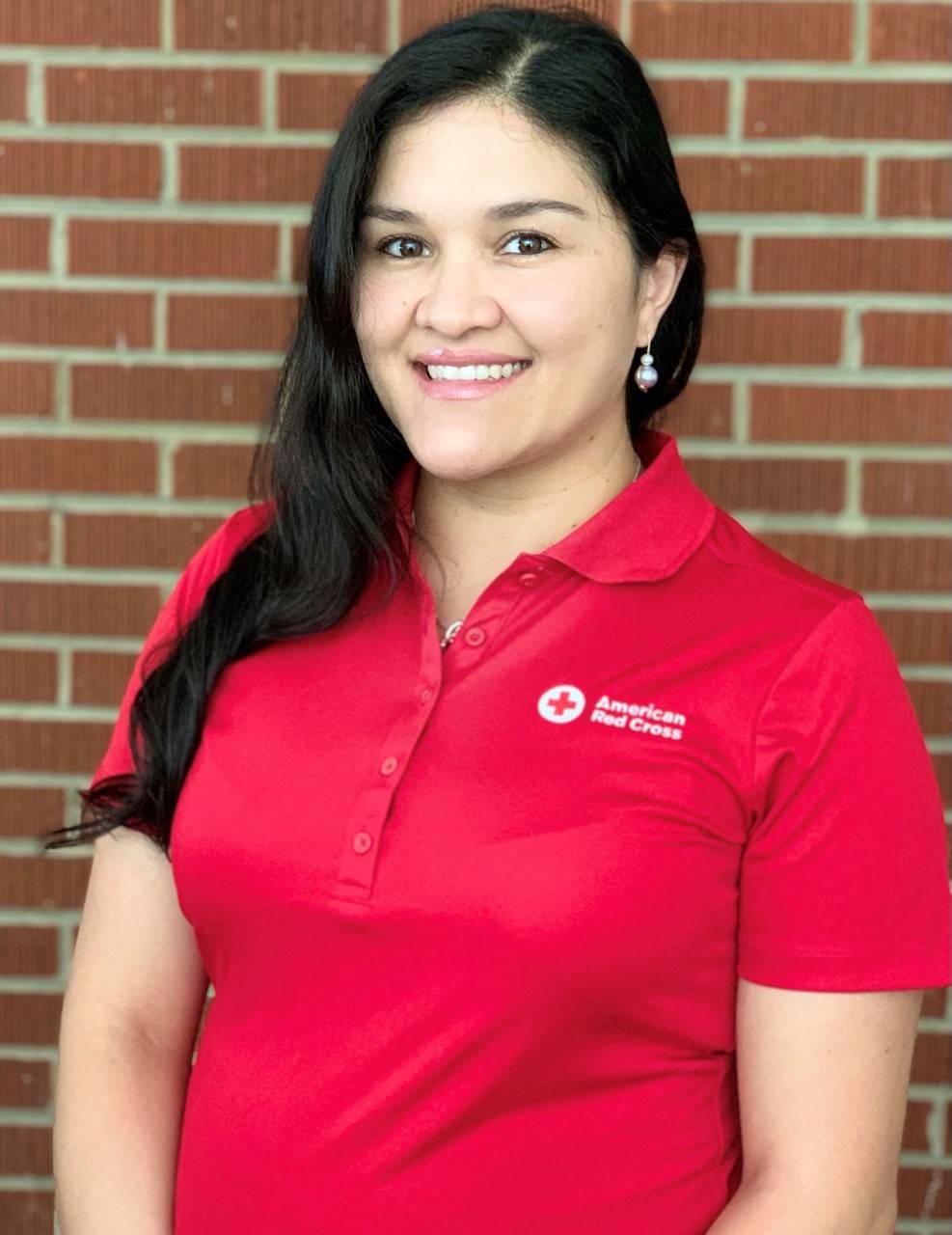 Erika Osorio has been a volunteer with the Red Cross for as long as she can remember.   She became involved while living in her home country, Colombia, and volunteered in Panama. When she moved to the United States ten years ago, she knew that she wanted to volunteer here. When you move to a new country, you have many challenges, including feelings of longing for home.  For Erika, the homesickness was magnified by how badly she missed her Red Cross family and the people that she served. Among the first things that she did when she arrived in the United States was seek out the American Red Cross and sign up to help.

Despite her willingness to become involved, Erika faced a language barrier. When she first arrived to study in the Charlotte area, she did not speak any English.  Even the most basic words were foreign to her, and she would use a translator to help her navigate the city. At her first meeting with the Red Cross, she learned that she needed to know just a “little bit” of English before she could volunteer, and so she did.

It took one year of intensive English study, but Erika eventually returned to the Red Cross and began volunteering locally.  As her English improved, she would, at times, repeat volunteer training courses to ensure that she completely understood the course content.  Erika is incredibly grateful for the volunteers and trainers who supported her during her journey. Despite her language barriers, they made her feel welcome and patiently worked with her to ensure that she understood all requirements.

Over time, Erika’s involvement with the American Red Cross grew.  She served on the Disaster Action Team (DAT) and eventually became a DAT team supervisor. She also volunteers with the Disaster Workforce Engagement Team (DWET) as a shelter supervisor, teaching basic training and leading the LatinX engagement team. In addition, she teaches the Red Cross Pillowcase Project, a preparedness education program for children, and works to bring that opportunity to her local community. It is the Red Cross’ commitment to outreach and training that keeps Erika involved. She appreciates that the programs available to the community are not limited to disaster services but that there is an effort to training people of all ages to prevent and handle emergencies when they happen.

Much has changed since Erika first arrived in the United States.  In May of 2020, Erika graduated with her degree in Human Services from Queens University.  She was recently married, and now the young couple is expecting their first baby. She also works at The Center for Community Transitions.  Despite all of the change, her love of and commitment to her local community has not changed.

Erika believes that it is important to recognize Hispanic Heritage Month because it is a way to celebrate the diverse people living in North Carolina and to welcome those who are here from Central and Latin America. She points out that there is a large population of LatinX people in the Charlotte area. It is essential to recognize them for the beautiful ways they contribute to the community.

To best serve the local LatinX community, the American Red Cross needs more bilingual volunteers, particularly those who can volunteer in shelters and work on Disaster Action Teams. Over the past ten years, the local Red Cross team has worked hard to enhance their training programs to teach the courses in English and Spanish.  Erika says that this is a significant change and that it allows volunteers who do not speak English to get still involved and share their time. These changes open the door for non-English speakers to volunteer without waiting until their English improves and allows the Red Cross to be more impactful when working in diverse communities.

Erika says that when disasters, like house fires, happen, families are often displaced and lose everything. People often feel that there is little that they can do to help, but Erika stresses that giving the gift of time is a significant gift to give.  She believes that time is tremendously valuable to a family in need and encourages all who can to volunteer with the American Red Cross.