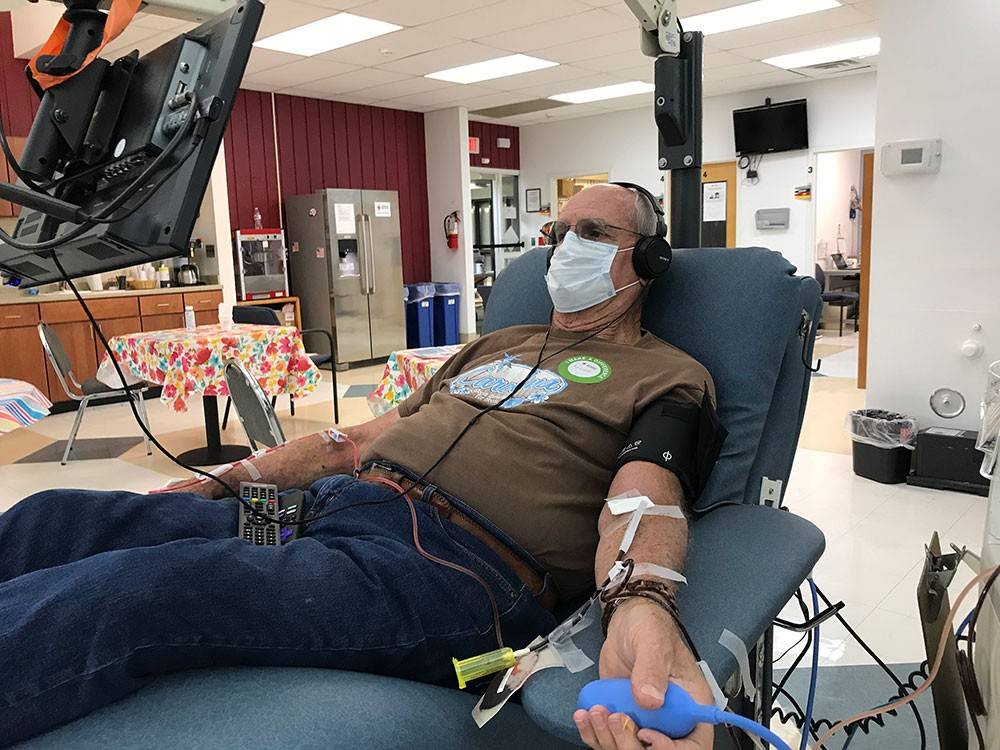 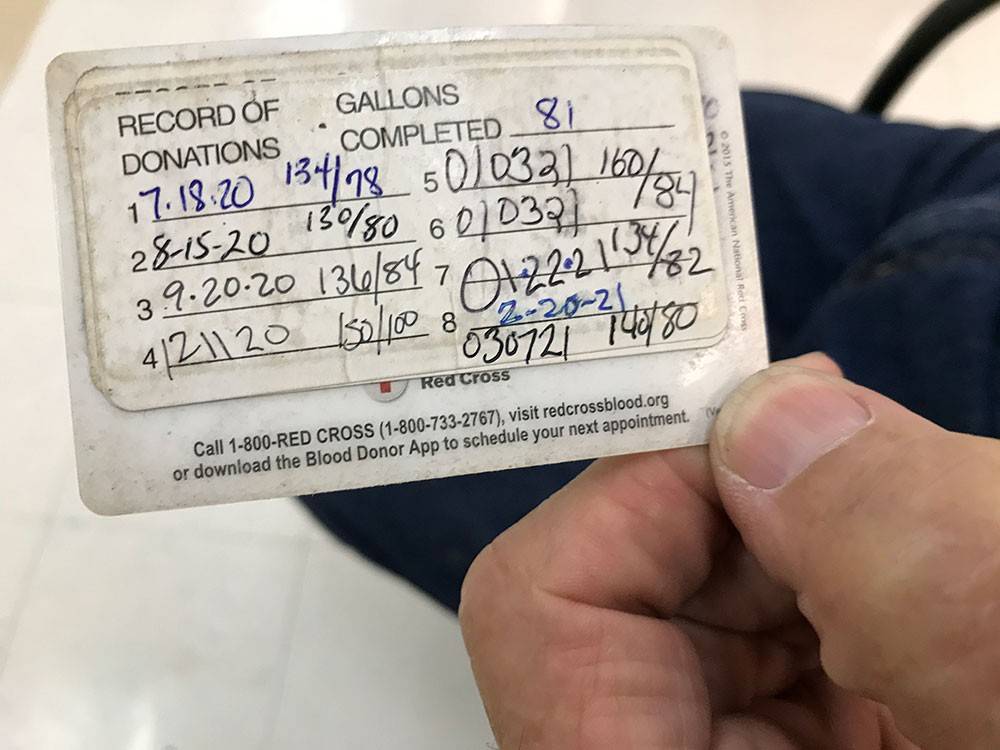 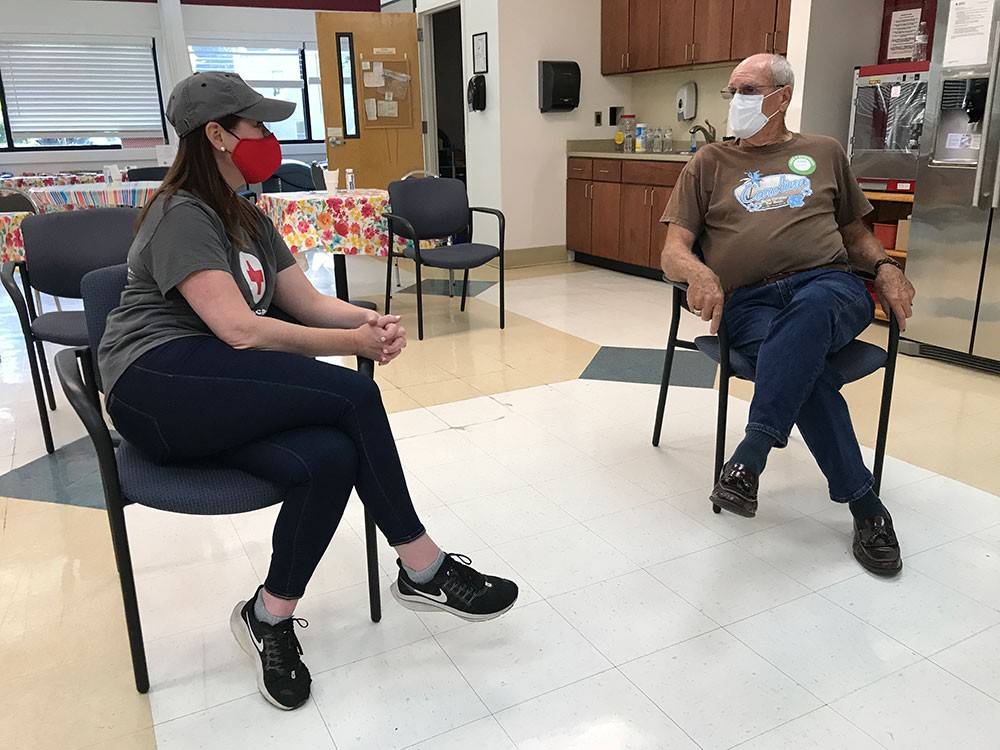 Doing good and making a difference is in Ronald Dean’s bloodline. According to his father and grandfather, if people keep owing you a favor the whole world will be better off.

“Everybody help your brother. That’s just the way we were brought up,” says the Haywood County platelet donor.

He’s been donating blood and platelets for more than 40 years. He’s well-known at the Asheville Blood Donation Center. He’s been giving there since 1996.

“Once a month on Saturdays,” explained Dean.

He’s also talked his wife into joining him. Dean estimates his wife has been a donor for about twenty years.

Before donating one afternoon in August, Dean volunteered at a local fire department where he worked for 20 years. Firefighters in the area have been overwhelmed lately by search and rescue efforts following severe weather. Their community had been devastated by flash flooding from the remnants of Tropical Storm Fred that turned deadly.

“The river had hit flood stage. I saw the damage it started doing,” Dean recalled.

He didn’t hesitate to lend a hand once the storm passed. He helped deliver canned goods, cleaning supplies and more.

“Whatever they need, that’s what I do,” said Dean.

As a blood and platelet donor, Dean has recorded that he’s given 82 gallons and countless hours of his time.

He says, he hopes to reach 100 units donated.

Through his kind ways, Dean is a hero to many in his community. As a donor, he is also a hero to babies. Dean has O negative, CMV negative blood, a type that is needed to help newborns and premature babies. Only about 15% of adults are CMV negative. The importance of this rare blood type is what keeps him motivated to give.

Donating blood is a simple way to make a difference. It’s the blood already on the shelves that helps save lives in an emergency.

The Red Cross urges individuals to make an appointment to donate today by finding a blood drive at RedCrossBlood.org, 1-800-RED CROSS (1-800-733-2767) or downloading the Red Cross Blood Donor App, to ensure blood continues to be available for patients in need.