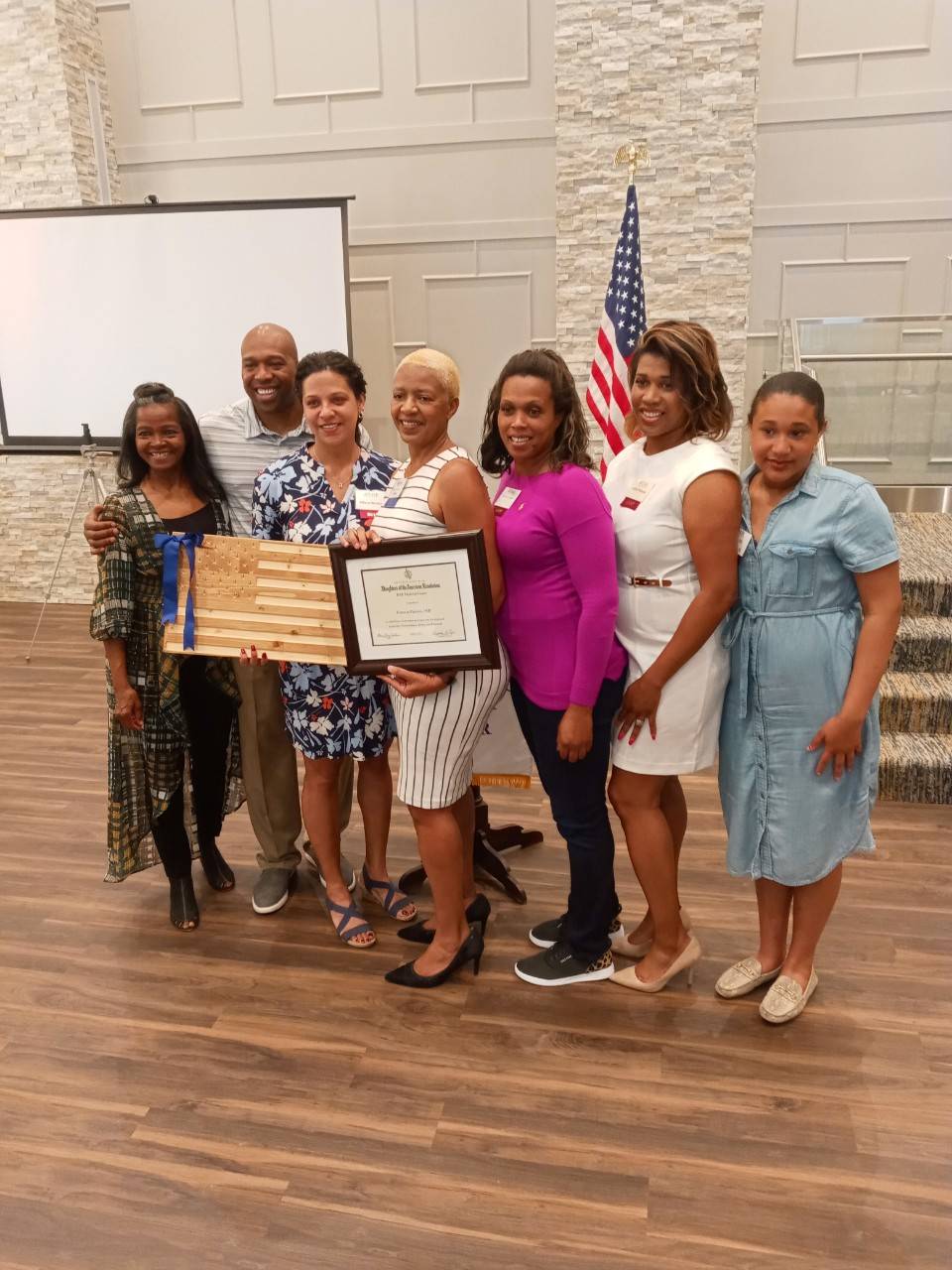 When conflict in Ukraine began, Red Cross volunteer Fostoria Pierson sprang into action.  As the mother of a son in the United States Army, she launched an ongoing effort to send weekly care packages to American troops who have been deployed to eastern Europe in support of allied partners.

“I just want to do my part to support the military,” said Fostoria, who volunteers at the Military Entrance Processing Station in Charlotte, assisting new recruits as they undergo a battery of physical and aptitude exams before taking their oath to serve in the armed services. Fostoria also is president of the local chapter of Blue Star Mothers, whose children serve or have served in the military. The national organization provides various services to veterans and active-duty personnel. Locally, Blue Star Mothers partners with Red Cross to support military members, veterans, and their families.

Shortly before the conflict, her son, Major Myreon Booker, was deployed to Germany. “I wanted to send the troops in his unit care packages,” Fostoria recalled.   “He mentioned that troops stationed in more remote bases in Eastern Europe could use a little cheering up.”

Through the Greater Carolinas Region’s Service to the Armed Forces Director, Fostoria connected with Angela Malizia a program specialist supporting at a military installation in the region.  “We emailed Angela and asked her if the troops would like to have care packages sent to them,” Fostoria said. “She replied, "Absolutely, our personnel here would love to have them.” The Charlotte Metro Area Red Cross Chapter and Blue Star Mothers began a partnership dedicated to spreading cheer to deployed service members.

“A 7-Eleven store was going out of business in Charlotte in March, so I asked the manager if he would donate any nonperishables, which he did,” said Fostoria.  “We get some donations, but otherwise, we pay for supplies and shipping. While these are labor and time intensive, it’s worth it."

The care boxes include toiletries such as toothpaste, toothbrushes, men’s and women’s deodorants, shampoo, conditioner, body wash, soap, feminine hygiene products, hand sanitizer and cleaning cloths and spray for glasses and goggles.  “Because it’s cold in their region we also are sending them hand warmers and lots of socks,” Fostoria said.

“Since the beginning of the conflict, we’ve been sending one to two boxes a week to Angela, and she disperses them to the troops,” Fostoria said.  “We want to give these men and women a little happiness—and we want to help keep their hands and feet warm, too.”  She said each box contains enough items for about 40 servicemen and women to share.

“Angela said that the troops are very appreciative and have written us a thank you card. They have more important things to do than to write us a note.  We don’t need to be thanked.  We’re just happy to help.”

Fostoria has had a lifetime kinship with the military.  “I have been connected to the military for 45 years,” she said “I was married to a Marine for 24 years. I also have one sister who is a Marine veteran and another sister who served in the Marines and the Air Force.  I’ve been a Blue Star Mother ever since my son Myreon joined the Army 13 years ago.  I’ve always felt a sense of duty helping support our troops in any way I can.”

On April 14, the Daughters of the American Revolution awarded Fostoria its Medal of Honor for her longstanding support for the military.

“I’m proud that I can maintain my commitment to the men and women of our armed services both as a Red Cross volunteer and as president of the Charlotte Blue Star Mothers. It makes me feel good that I can be part of the Blue Star Mothers’ mission every single day and will never, ever, forsake our troops, our veterans or the families of our Fallen Heroes.” 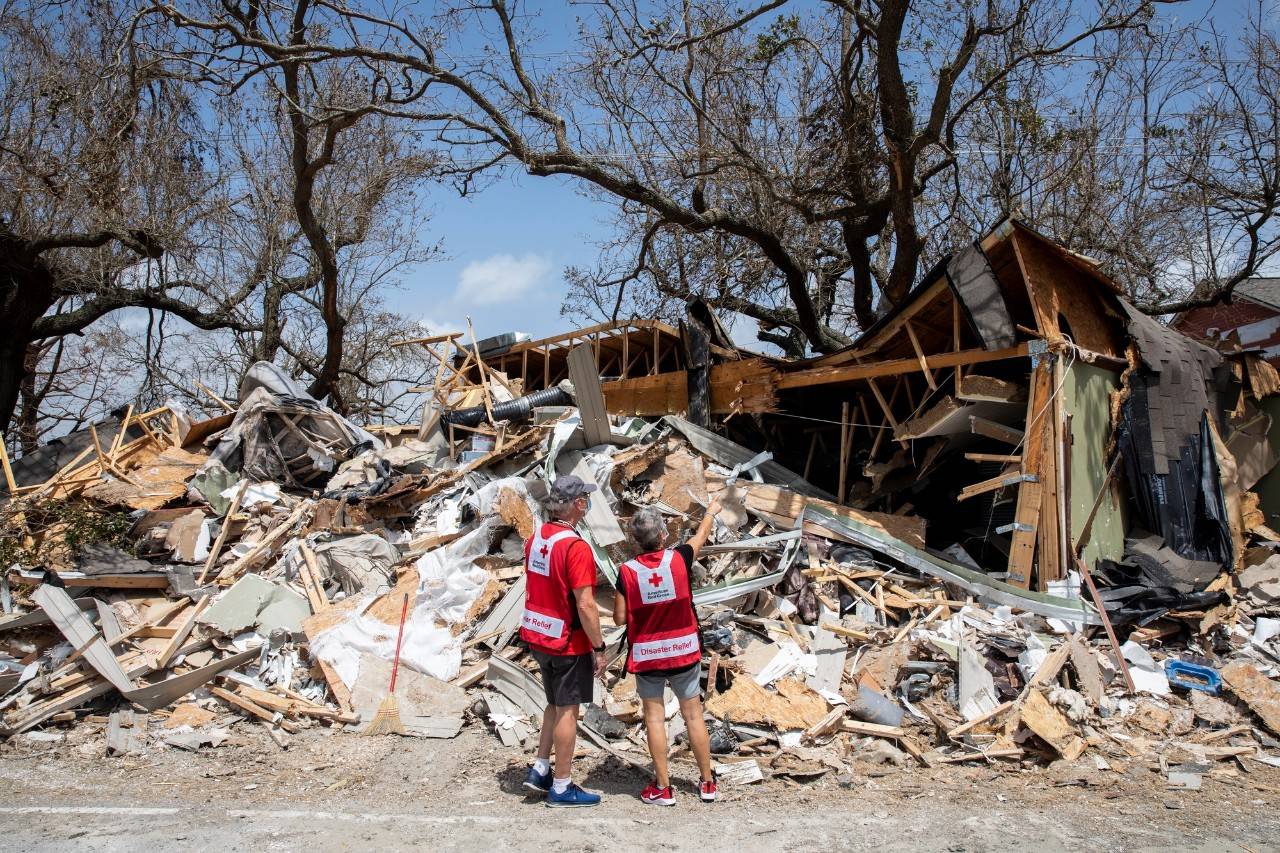 Disaster Teams Respond Across 18 States — How You Can Help
.type=article.p=1
View All
/content/redcross/en/local/north-carolina/greater-carolinas/about-us/news-and-events/news/partnership-with-blue-star-mothers-supports-deployed-troops