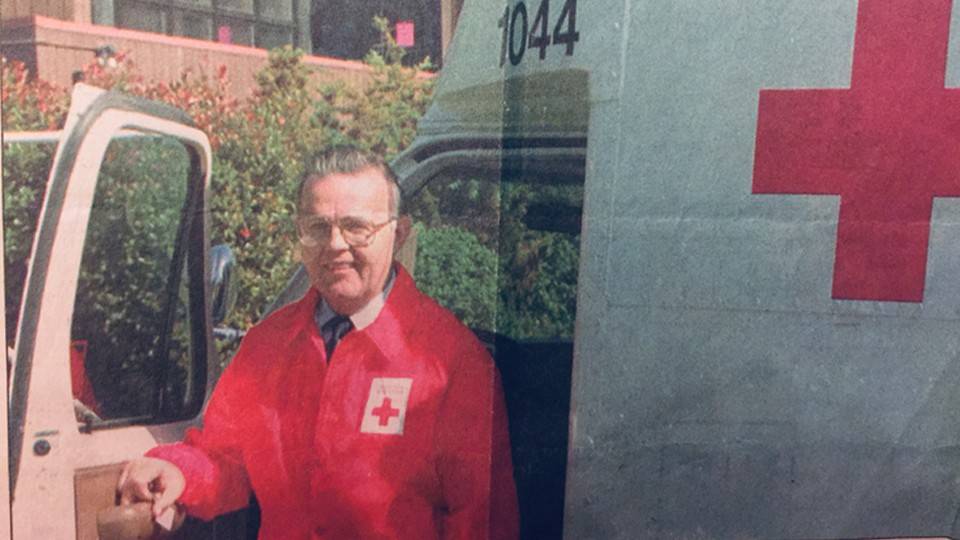 For retired Red Cross official Ken Roberson, what goes around, comes around.  Over the years—including the 37 that he worked for the organization—he has donated a remarkable 16 gallons of blood.  Last summer, he was on the receiving end, getting lifesaving transfusions from donated blood.

Roberson became a fulltime Red Crosser after a chance encounter during his senior year at Wake Forest University in 1964.  “It was career day, so I wandered over to a table where there was a lady from the Red Cross,” he recalled.  “I told her my only experience with the Red Cross was when I had donated blood as a freshman at Mars Hill Junior College. She asked, ‘What do you want to do for a career?’ I replied, ‘I want to help people and travel.’  She smiled and said, ‘By working for the Red Cross, you can do both.’”

And so he did.  After graduation, the North Carolina native joined the Red Cross as a field director for the armed forces services program and worked in such places as the Dominican Republic, Spain and Homestead, Florida.  He eventually became assistant division manager in Birmingham, Alabama, and chapter manager in Huntsville. Throughout that time, he was donating his blood about five times a year.

“I didn’t do it just because I was with the Red Cross,” he said.  “I did it because I wanted to help people.  Ever since I gave blood for the first time, I’ve always had a good feeling about donating.”

The need for donated blood was never more critical than on April 3, 1974, when six mammoth tornadoes roared through the Huntsville area, killing 77 persons, injuring 838, and destroying or severely damaging more than 2,000 homes.  Sirens screamed through the night as first responders swerved around the rubble of flattened buildings, downed power lines and fallen trees to rush the maimed to besieged hospitals.

“It was chaotic,” Roberson recalled.  “I received word that Huntsville Hospital was short of blood. The Birmingham blood center couldn’t get any blood to Huntsville because of all the tornadoes that were still plowing through the area and no one wanted to put drivers in harm’s way. 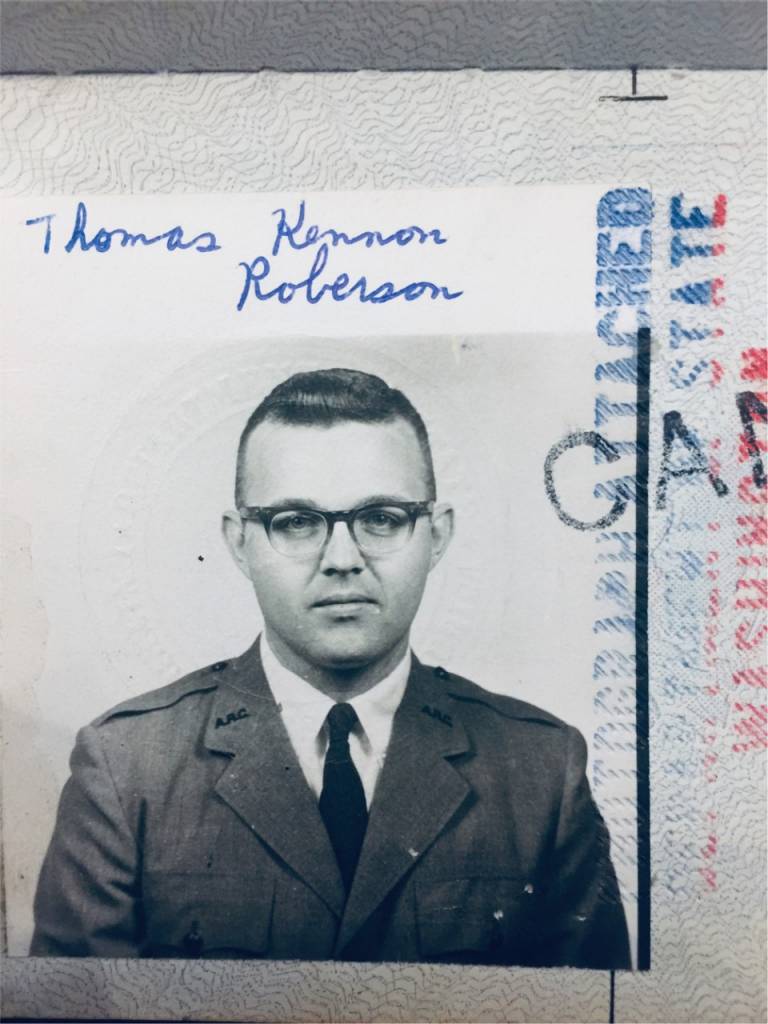 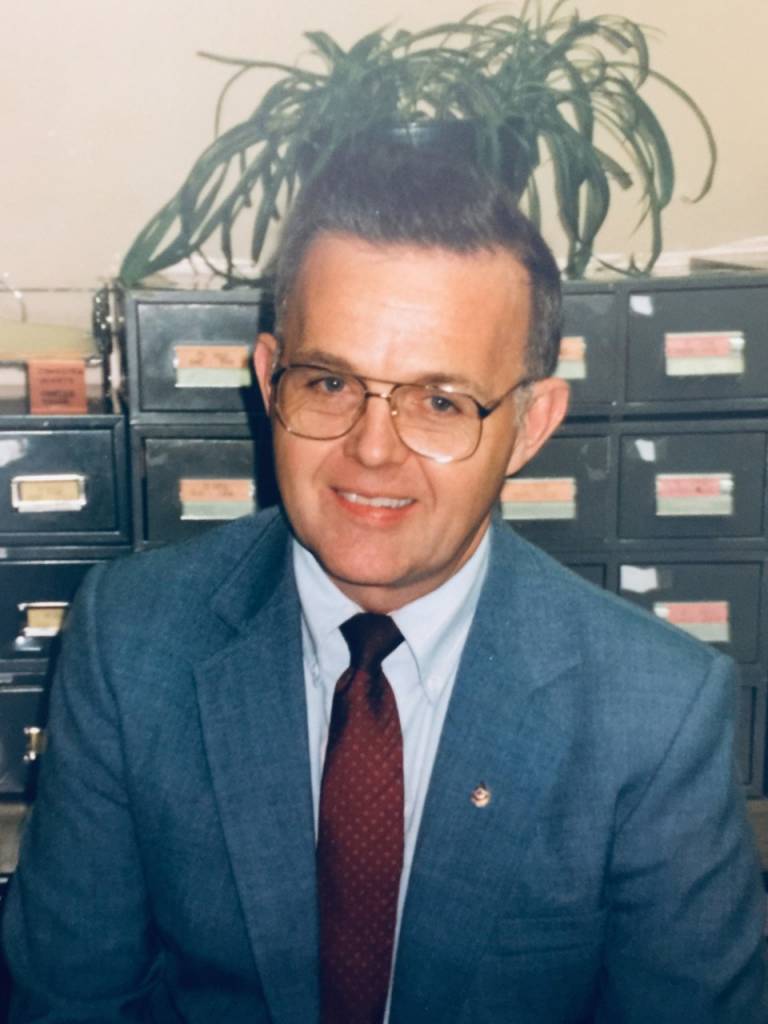 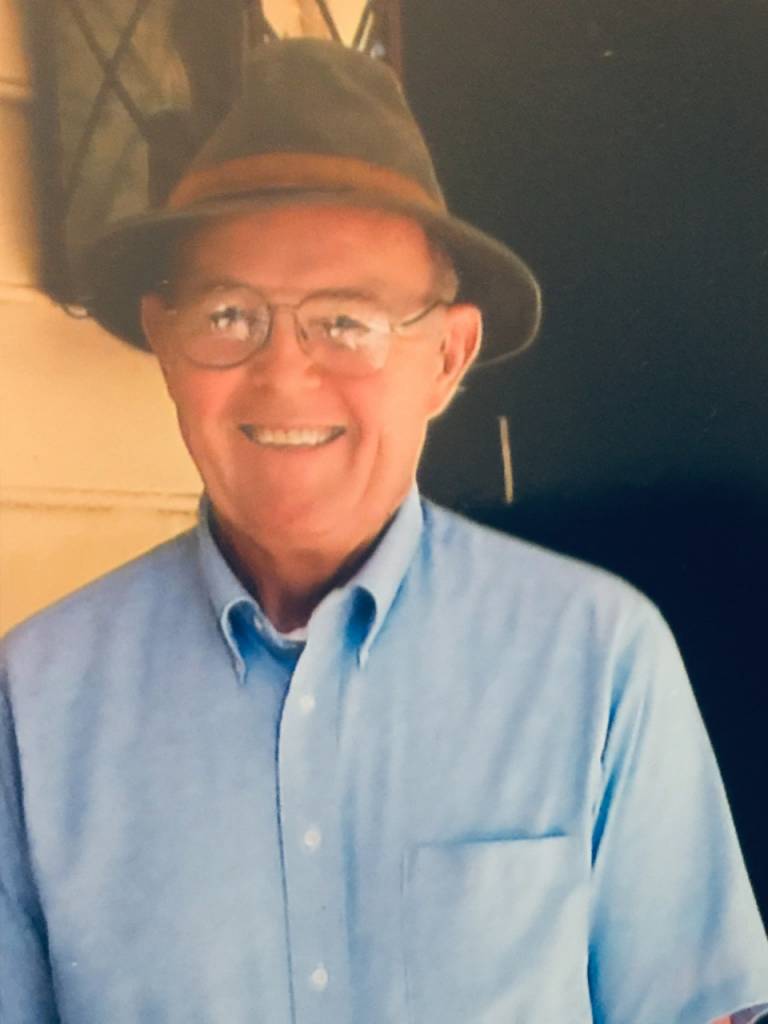 We sent out a call for blood donors and we soon had a line of people that stretched for two blocks.  The power had gone out and we had a generator, but it couldn’t handle the full load, so we continued drawing blood with nurses and volunteers using flashlights.

“The hospital would tell us what kind of blood type they urgently needed at that moment.  I had a battery-powered megaphone and I would go out to the crowd and announce, ‘All O-negative blood donors, please march to the front.’  That massive turnout of people donated hundreds of pints of blood.  No one died in Huntsville Hospital from not having a transfusion. We met the need.  My staff worked until they literally gave out.”

In 1990, Roberson headed up the Asheville, North Carolina, Red Cross chapter and was manager of the Asheville regional blood services. “When I arrived at the chapter, one of the first things I wanted to do was give blood,” he recalled.  “I went downstairs where a group of nurses were talking in the corner.  They didn’t know it, but I could hear them arguing among themselves, saying, ‘I don’t want to draw his blood because he’s the new manager. You do it.’  ‘No, you do it.’ Well, one brave nurse finally agreed to do it, and she did a fine job. Whenever they were short of O-positive, which is my blood type, they’d ask me to donate.  So that’s why I like to say, ‘I gave at the office.’

“I worked with a great staff and great volunteers. It’s because my staff and I worked hard at educating people about the importance of donating.”

With all the blood he gave and all the effort he put into the blood services program over the years, it never dawned on him that one day he might need donated blood to save his own life.

In 1998, while still heading the Asheville chapter, Roberson received a diagnosis that shocked him to his core: he had chronic myeloid leukemia. “I asked the hematologist, ‘Are you sure the test results are mine and not someone else’s? I feel great.’  But he was sure.”  Roberson tried different treatments, but nothing worked until he participated in a drug trial at The Johns Hopkins Hospital involving the signal transduction inhibitor known as Gleevec. It has proved effective in his treatment.  “It’s not a cure, but it’s keeping my disease under control,” he said.

After retiring from the Red Cross in 2001, Roberson and his wife Peggie moved to the Salemtowne Retirement Community in Winston-Salem, North Carolina, where he continued to volunteer.  “You don’t just give up the Red Cross because you’re retired,” he said. “You keep volunteering.

“I enjoyed my entire time with the Red Cross.  Every morning I felt good about what I was going to be doing that day. I met and worked with many terrific people, staffers and volunteers.”

In his retirement years, Roberson has faced several major health challenges, including prostate cancer and Parkinson’s disease, which has left him wheelchair-bound.  Last summer, he suffered complications from the cancer treatment and was losing blood.  Soon the blood donor became the blood recipient.  Recalled Roberson, “When the doctor told me I would need transfusions, I said, ‘Make sure it’s Red Cross blood.’  The doctor said, ‘We can arrange that.’  When the time came for the first transfusion, I checked the bag to make sure it said Red Cross.”  He received two pints of donated blood.

“During the transfusion, I thought, ‘I’m sure glad there were folks out there willing to donate this blood.  They probably felt as good about doing that as I did every time I gave blood.’”

He said giving 16 gallons of blood and receiving two pints during his life “worked out great for me,” and urged others to donate.  “It’s easy to give blood, and your body replaces it within 24 hours,” he said.  “You are helping people and you feel good about yourself.  Besides, you never know when you might need donated blood to save your own life.” 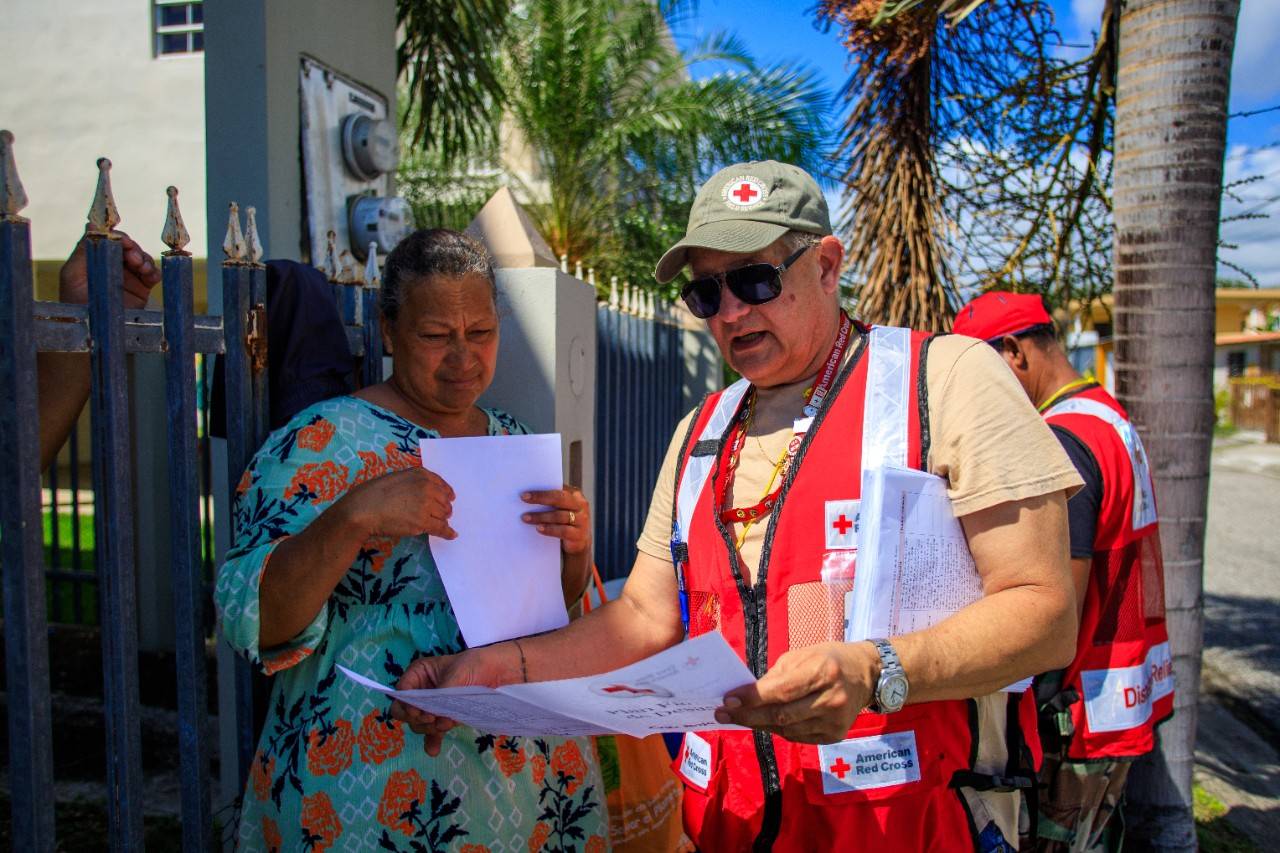 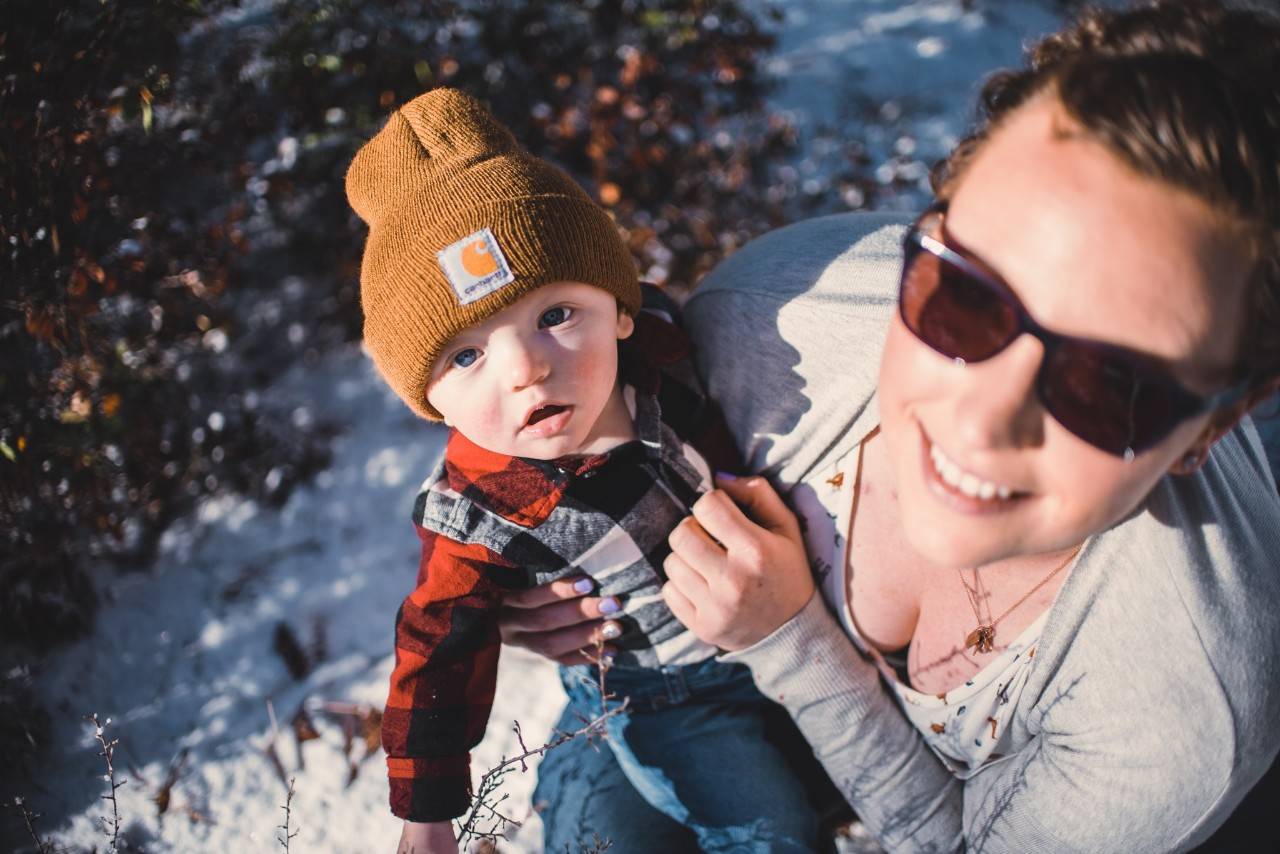 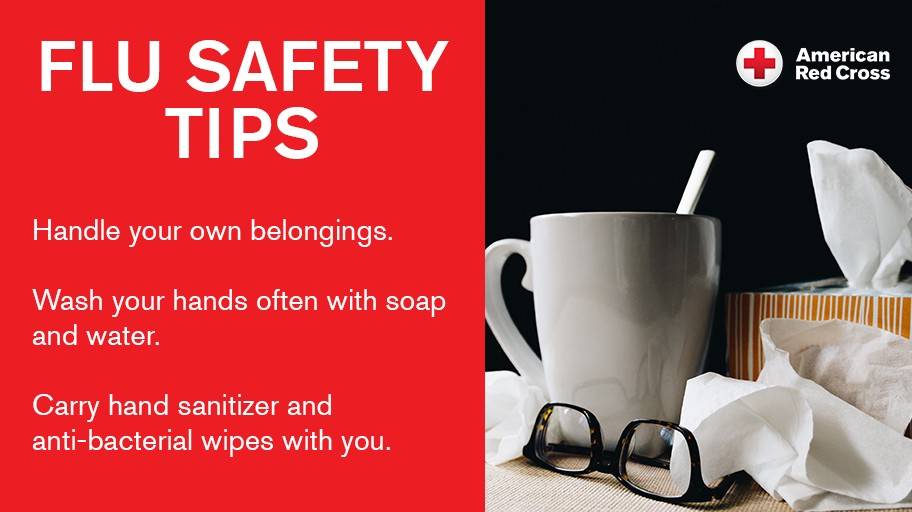 26 Million Have Had the Flu – Get Vaccinated Now
.type=article.p=1
View All
/content/redcross/en/local/north-carolina/greater-carolinas/about-us/news-and-events/news/retired-red-cross-official-ken-roberson