Nashville Woman Thankful for Smoke Alarm That Saved Her Life 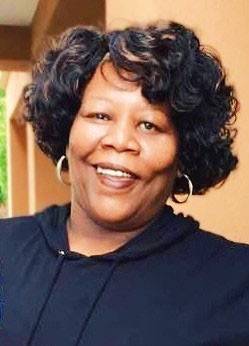 Ophia McCray credits the American Red Cross with saving her life after having a smoke alarm installed in her Nashville home.

When Ophia McCray heard a loud boom followed by her smoke alarm one warm Sunday morning, she knew something was wrong. Hurrying to the front of her house on Ewing Avenue in Nashville, McCray saw smoke billowing from the basement door. A lightning storm that morning had struck a tree in a neighbor’s yard. The blaze jumped underground to her house, where it spread quickly throughout the building.

McCray quickly returned to her bedroom, where she’d been getting ready for church, to get her key for the security door. However, in that short amount of time, her front door became impassable from the heat and smoke of the fire.

McCray retreated and was just able to crawl out of a small bathroom window with the help of a neighbor and his daughter before the fire went through the roof. “With God’s help, they broke the double-paned window and got me out,” says McCray.

McCray credits the smoke alarm, which had been installed for free by American Red Cross volunteers through the Home Fire Campaign program, with giving her time to escape. She’d learned about the program at her church. “A husband and wife came out to install the detectors.” McCray recalls. “They were very professional.” Since the inception of the national Home Fire Campaign, 1,148 lives have been saved by smoke alarm installations. Of those lives saved, 32 percent (373) are children under 18.

When the smoke cleared, and the fire extinguished, McCray’s house, where she had lived for over 20 years, was a total loss. Once again, the Red Cross was on hand to help. “They got me new glasses and helped me refill my medications,” she says. “They also called me during the three days I was in the hospital and periodically afterwards.”

Today, McCray is in the slow process of rebuilding her home. “It’s taking a long time to obtain various permits from the city,” she says. “Lumber and construction materials are also so hard to get.”

One item she won’t do without is a smoke alarm. “Everybody should get one installed.  It will help save you.”

To find out how you can volunteer, or to find out more about the Home Fire Campaign program that is available throughout Tennessee at all area chapters, go to RedCross.org/Tennessee.