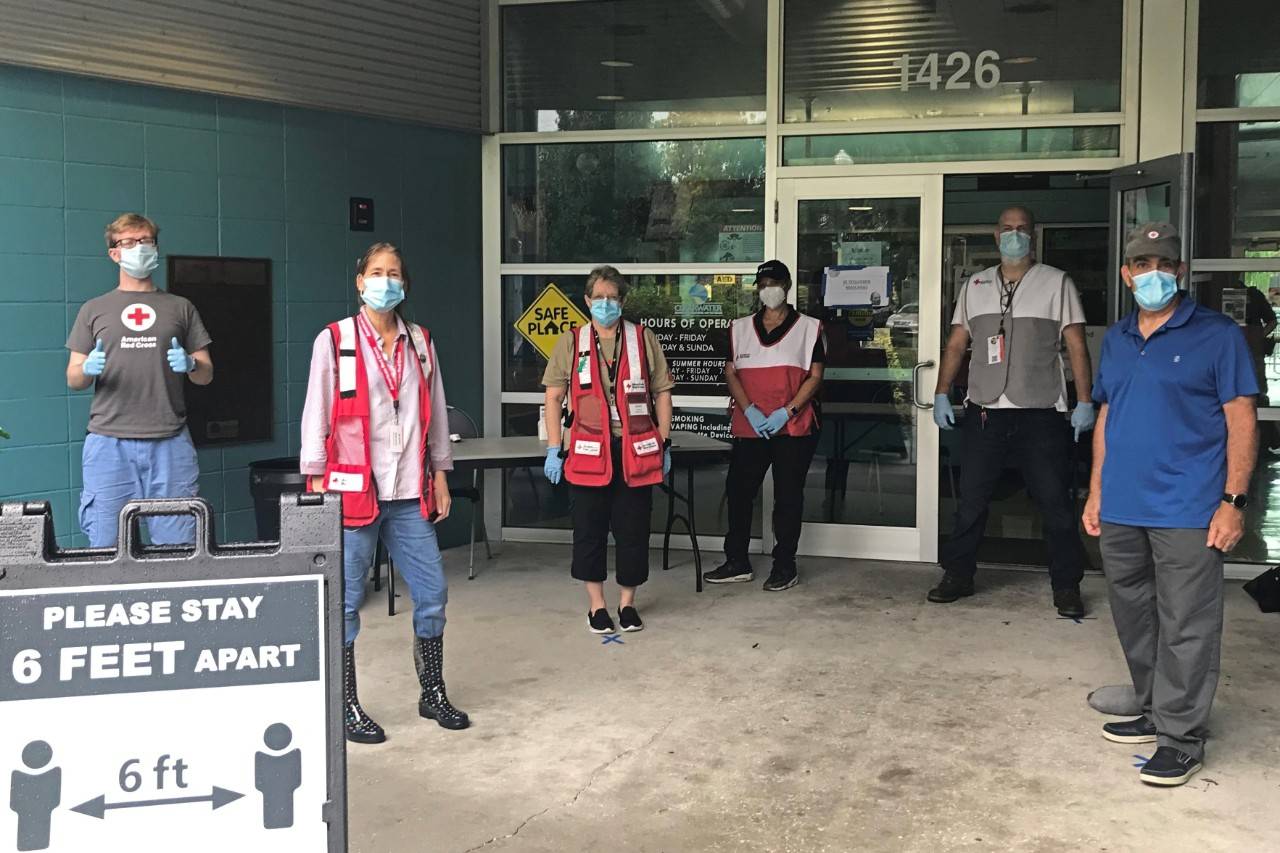 Hurricane season continued its record-breaking year as Tropical Storm Eta moved up the west-central coast
of Florida on Wednesday, and the American Red Cross was there to help.

Eta made its second landfall just after 4 a.m. Thursday, November 12, in Cedar Key, about 130 miles north of Tampa. Before the storm came ashore, it moved north up the coast, leaving behind flooding and thousands without power.

More than 70 people spent Wednesday night in evacuation shelters in Central Florida, including two Pinellas County facilities managed by Red Cross trained disaster volunteers. More than 40 residents sought safe refuge from the storm at these two facilities where they were welcomed with warm smiles hidden behind masks for COVID-19 safety protocols. Fortunately, those residents were able to return home after the weather cleared.

A team of Red Cross volunteers trained in disaster assessment will be circulating through neighborhoods reporting significant flooding as soon as they are accessible. This is a critical step to identify the needs of each affected community. Red Cross disaster workers are also working with local and state authorities to determine what other help is needed.

Across the state of Florida, the Red Cross has more than 150 disaster workers, either on the ground
or virtually, supporting people impacted by the storm. Eta is the 12th named storm to make landfall in the U.S. this year, shattering the previous record of nine in 1916.

HOW YOU CAN HELP Please donate to help now by visiting redcross.org, calling 800-RED-CROSS or texting the word REDCROSS to 90999 to make a $10 donation. Your gift enables the Red Cross to prepare for, respond to and help people recover from disasters big and small. To help people impacted by the recent tropical storms and hurricanes, visit redcross.org, call 800-RED-CROSS or text the word HURRICANES to 90999 to make a $10 donation.

FLOODING SAFETY If your community has been affected by floodwaters, follow these safety steps:

Afghanistan: How the Red Cross and Red Crescent are Helping
.type=article.p=1
View All
/content/redcross/en/local/florida/central-florida/about-us/news-and-events/news/responding-to-eta