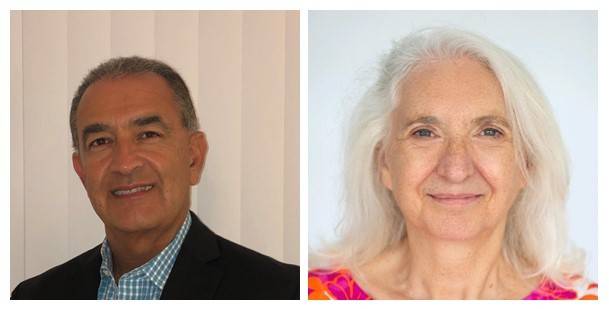 Ramin Hashemi and Burgi Wehner are the newest Board Members of the Southwest Florida Chapter of the American Red Cross.

SARASOTA, FLORIDA – June 10, 2019 – The Southwest Chapter of the American Red Cross, based in Sarasota, has welcomed two new board members, installed at the Chapter’s June 7 Annual Meeting. Board members serve three-year terms, up to nine years, and must reside in one of the counties the chapter serves.

Ramin Hashemi is a retired business executive who relocated to Sarasota in 2018. He retired as Managing Program Director at Verizon, a senior position he held for eight years. He currently serves on the Board of Directors at Gulf and Bay Club in Siesta Key in Sarasota County where he resides, and previously held volunteer positions with the Mid-Ohio Food Bank and the South-Western City School District in Ohio, where he was a longtime Red Cross blood donor.

Walburga “Burgi” Wehner is a retired U.S. diplomat who served for 25 years in numerous American embassies and consulates abroad. She also worked as a part-time, independent foreign affairs consultant to the federal government for several years, and was a City Planner for the City of Cincinnati. She resides in Englewood.

The Southwest Florida Chapter of the American Red Cross serves five counties with offices in Sarasota (main) and Port Charlotte. The Executive Director is Megarie D. van Sickel who joined the Red Cross in 1999. The Southwest Florida Chapter is one of five that comprise the Central Florida region of the American Red Cross. For more information, please visit redcross.org/centralflorida. Also find us on Facebook and Twitter.