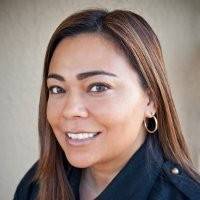 Pampilo Harris comes to the Red Cross with nearly two decades of leadership with social service organizations and the public sector. Most recently, she served as a Senior Advisor to the Honorable Buddy Dyer, Mayor of the City of Orlando. In that role, she implemented the Mayor’s Housing First initiative to address housing for vulnerable populations, where she became known as the “homelessness czar.” She also led the City’s initiative to create a long-term system of support for those directly impacted by the Pulse nightclub tragedy. Prior to that, Lori spent nearly 14 years with Habitat for Humanity International in various capacities including four years in Haiti after the devastating 2010 earthquake.

Frey, who was a member of the Chapter’s selection committee for position, noted, “We are fortunate to have someone of Lori’s caliber and experience to lead the Greater Orlando Chapter. Lori has the right attributes and communication skills along with the leadership abilities needed to fulfill the mission of the Red Cross in the Orlando area.”

About the American Red Cross
The American Red Cross shelters, feeds and provides emotional support to victims of disasters; supplies about 40 percent of the nation's blood; teaches skills that save lives; provides international humanitarian aid; and supports military members and their families. The Red Cross is a not-for-profit organization that depends on volunteers and the generosity of the American public to perform its mission. For more information, please visit redcross.org or cruzrojaamericana.org, or visit us on Twitter at @RedCross.