Honoring the extraordinary public service of local everyday heroes, who have gone beyond answering the call and have saved precious lives. 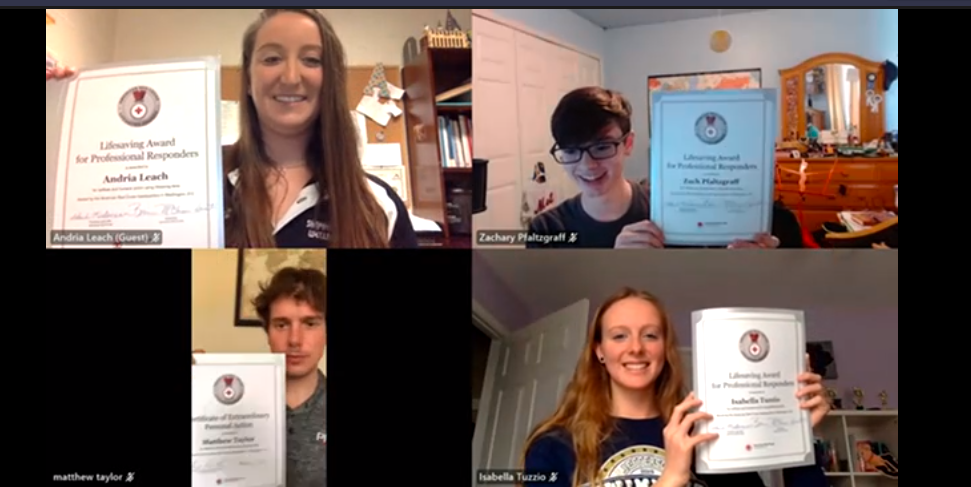 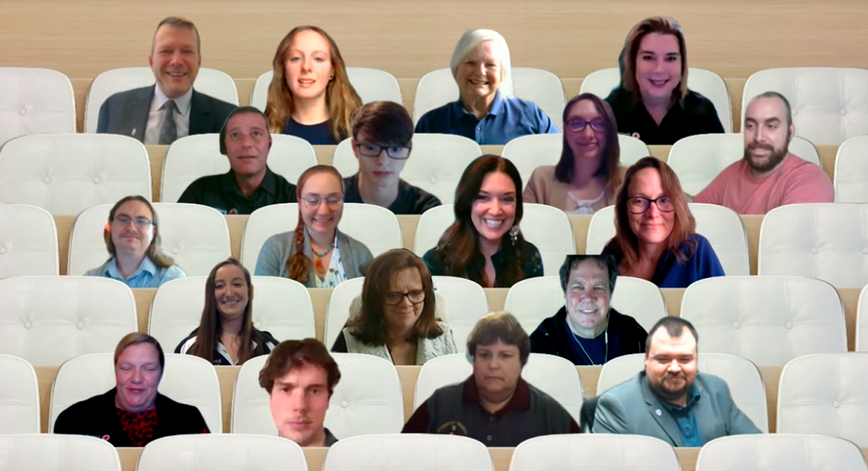 In recognition of using their Red Cross training skills to save the life of a man who had a heart attack while swimming at Shepherd University last fall, four Shepherd employees were recognized by the American Red Cross as part of its National Lifesaving Awards program on March 25th. Aquatics Coordinator Andria Leach and on-duty lifeguards Isabella Tuzzio and Zach Pfaltzgraff each received the Red Cross Lifesaving Award for Professional Responders, while Dr. Matthew Taylor received the Certificate of Extraordinary Personal Action. All four received their awards during a virtual awards ceremony on March 25th hosted by the Greater Shenandoah Valley Chapter of the Red Cross.

On September 3rd, 2020, at the Shepherd University Wellness Center, the importance of Red Cross lifesaving training became a reality when, during a shift change and while with a client, Matt noticed a man in the middle lane of the pool who was face down and unresponsive. He notified Isabella, a lifeguard who had just taken the stand, and Zach, another lifeguard who was making his way to his position, and both lifeguards leapt into action. Isabella swam to the unconscious victim, and Zach arrived with a backboard, and the two began the process of extracting the victim. With the help of Matt, the victim was extracted from the pool, and Zach and Isabella began CPR. In the meantime, Matt notified Andria, who immediately called 911 and retrieved the Automated External Defibrillator (AED). The two then joined Isabella and Zach to begin using the AED on the victim, and the group continued CPR and rescue treatment until EMTs arrived at the scene and took over. The group was later notified that the victim was successfully revived, and today is fully recovered.

When asked how they felt about their Lifesaving Award nomination, Zach answered, “I’ve always known it (Red Cross training) was important, but I guess I just took it for granted because you never really think this stuff is going to happen. You always want to make sure that you remember what you are supposed to do in those situations.” All four nominees had similar responses when asked what they were thinking when the rescue was taking place – they weren’t. “I didn’t really think about anything, it was just happening,” said Zach. Similarly, Andria described herself as being sort of on “autopilot,” while Isabella mentioned the adrenaline rush that took over her body. “It changes your outlook,” said Andria, when asked how the event had impacted her. “Doing it (CPR) on an actual person is so much different than doing it on a mannequin.”

Along with being the Aquatics Coordinator for Shepherd and a certified lifeguard for 11 years, Andria also is a Lifeguarding Instructor. She said that though the event was not something you ever want to happen, it is nice to be able to use that experience in the courses she teaches to further stress the importance of their training and what a save is really like. In realizing that Zach and Isabella received their certification only a couple months prior to the incident, Andria added, “I could not imagine being 17 years old, newly certified, and having seen (and responded like) that. I can’t ever emphasize enough how proud I am of the two of them.”