On the Frontlines Again: Veterans Return to Service with the American Red Cross 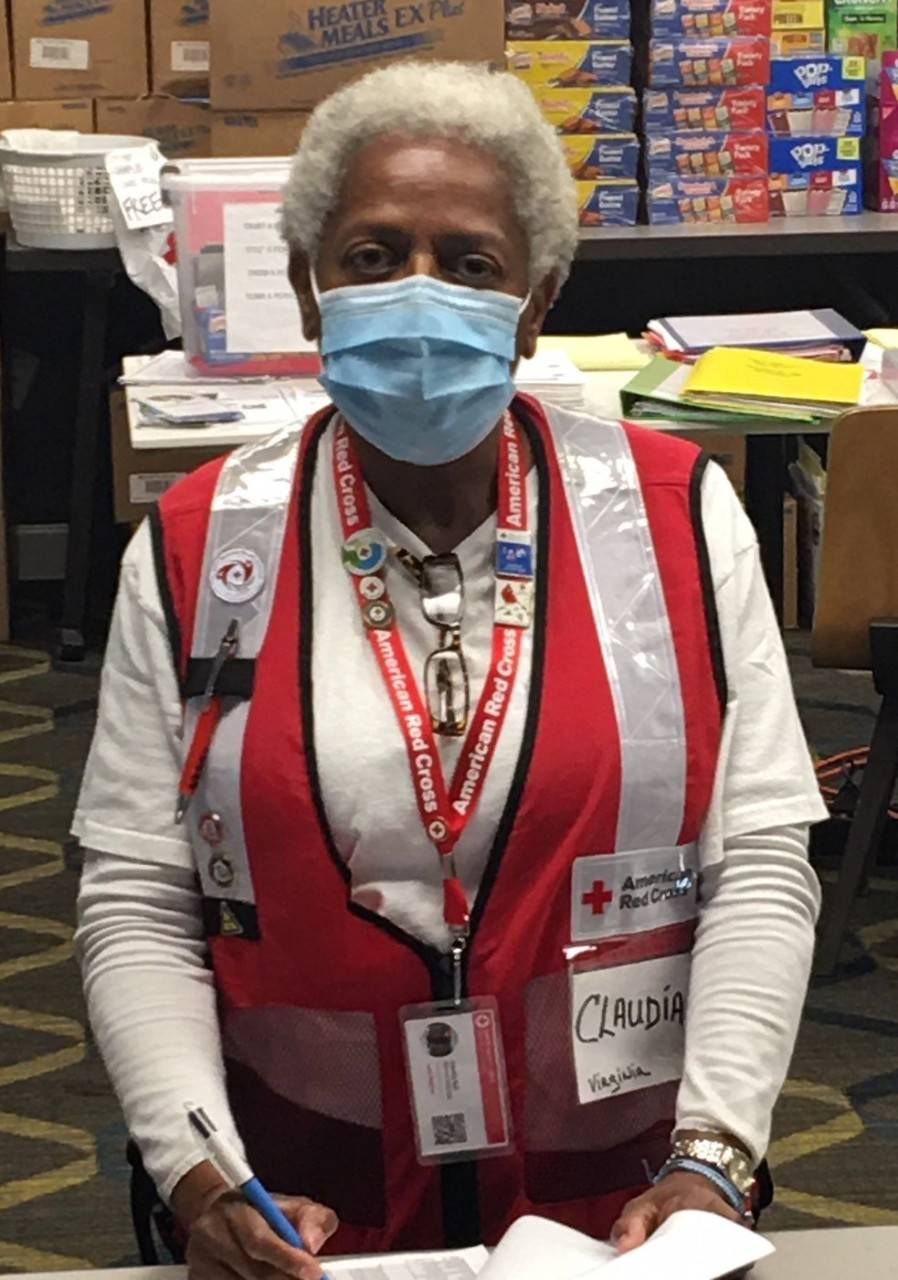 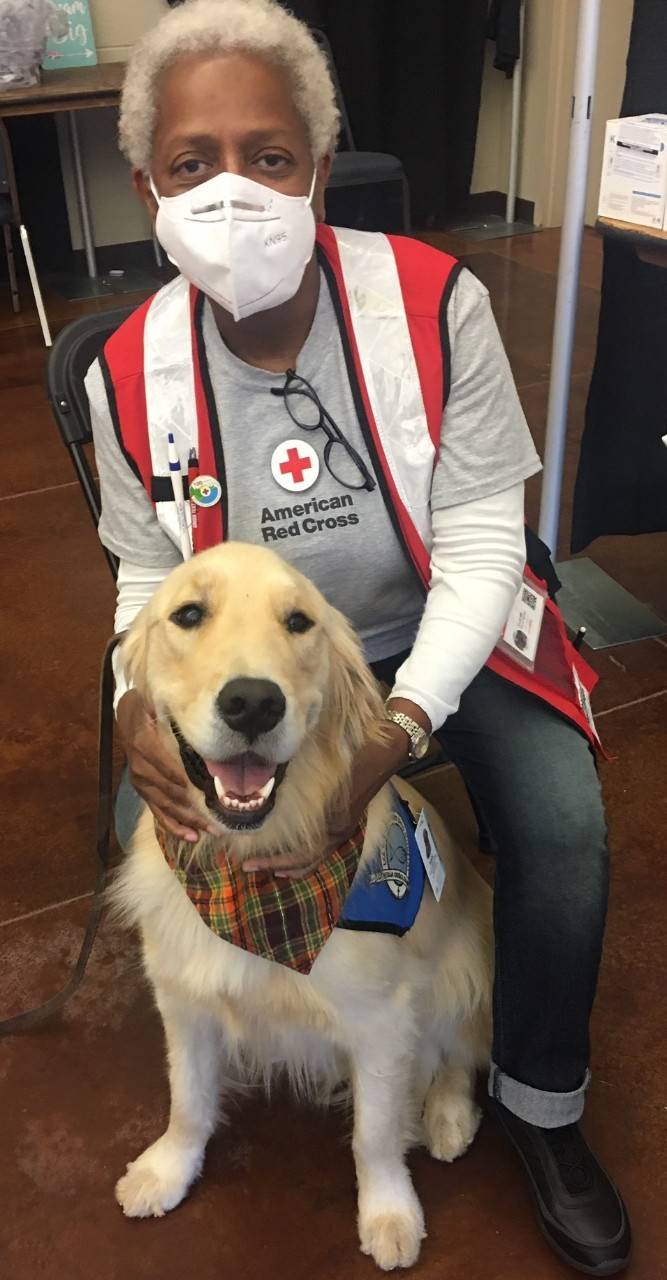 “The Red Cross has supported military and veteran communities for nearly 140 years, including supporting World War I soldiers through the 1918 flu pandemic,” said Ed Helphinstine, Red Cross Regional Service to the Armed Forces Manager and Army Veteran. “Today, veterans across the country are bringing history full circle by lending a hand to their communities during COVID-19.”  The Red Cross helps members of the military, veterans and their families prepare for, cope with, and respond to, the challenges of military service.

Claudia was not the traditional service member. She always admired the military. Her father was in the Navy during her youth.  When she tried to sign up for the military right out of high school, while still seventeen, her father would not sign the age waiver. Later – much later, Claudia was given a second opportunity. She was 36 when she joined the West Virginia Air National Guard as a Nurse. After attending the School of Aerospace Medicine (Flight Nurse School), Claudia was deployed in support of Operation Desert Storm. Claudia remembers arriving in Saudi Arabia, then proceeding to a location known only as LZ82, prior to the ground invasion, where she was assigned as a Flight Nurse, supporting the 82nd Airborne Division at a Mobile Air Staging Facility (MASF). She triaged wounded service members providing stabilization prior to their departure out of country.Veteran volunteers are applying their unique, professional skills in a variety of ways. Recently, Red Cross Volunteer and Air Force Veteran Claudia Bell, returned from Louisiana – her second disaster relief operation deployment this year; where she was assisting those affected by two Hurricanes.

Claudia proceeded to have a remarkable 24-year military career, deploying 12 times to locations that include: Saudi Arabia, Kuwait, Bosnia, Oman, Qatar, Macedonia, and Germany. During numerous Germany deployments, Claudia was the Medical Crew Director (in charge of the Aeromedical Crew) for numerous missions to evacuate wounded service members from Iraq and Afghanistan.  She was also placed in charge of the Aeromedical Evacuation Operations Team during a deployment to Germany.

Claudia began her Red Cross experience as an employee - Nurse Instructor in 2014. She was a Certified Nursing Assistant Instructor.  The employee position was soon phased out at her Winchester, Virginia office and Claudia, not wanting to leave the organization became a Red Cross Volunteer. As a Red Cross Volunteer, Claudia is a Disaster Action Team responder, a Service to the Armed Forces Volunteer, a Disaster Health Services Volunteer, and a member of the Community Volunteer Leadership Team. As mentioned earlier, Claudia has deployed twice this year with the Red Cross, providing Disaster Relief to those affected by wildfires in Oregon and to those affected by two Hurricanes in Louisiana.

There are a variety of ways that American Red Cross veteran volunteers are serving across the country. They are assisting doctors and nurses, granting medical staff more time to address urgent patients. Through the Hero Care Network, they answer emergency calls 24/7 to help separated military families. Veterans are putting needle to thread and sewing thousands of face coverings to deliver to military and veteran hospitals in need. They are deploying and responding to back-to-back disasters. They are conducting virtual workshops to combat feelings of isolation in injured veterans and their caregivers.

“This year is unlike any other in our lifetime. The need is so great. It is very rewarding for me to be able to pay it forward. I am so thankful for the ability to give back. It is so heartwarming to see the reaction when you are able to give some hope to someone who has lost everything.” said Claudia Bell, Volunteer, Central Appalachia Region of the American Red Cross.

WHAT YOU CAN DO Many Red Cross volunteers are veterans who continue to support their communities after their active duty service ends. Also, about 6% of Red Cross employees include transitioning military or veterans – from nurses to logisticians, emergency management experts, project managers and preparedness experts, as well as a number of veterans in leadership roles at local Red Cross chapters across the country. The American Red Cross is proud to be a 2020 Military Friendly® Employer, it’s a testament to our long history of serving America’s military families during and after service.

The Central Appalachia Region of the American Red Cross is hosting free, confidential, virtual Resiliency Workshops to help military members, veterans and their families.  These workshops provide a safe, educational space where participants will have an opportunity to share with others, learn and practice new skills in a small group lead by a Red Cross mental health volunteer.  For a list of workshops, visit bit.ly/SAFWorkshop.

Red Cross Offers Thanks to Our Supporters
.type=article.p=1
View All
/content/redcross/en/local/west-virginia/about-us/news-and-events/news/veterans-return--to-service