Report a Home Fire or Other Disaster

Expert training that fits your schedule.

Your time and talent can make a real difference in people's lives.

Would you like to request the Red Cross at your event or a Red Cross Speaker? Please complete this form. 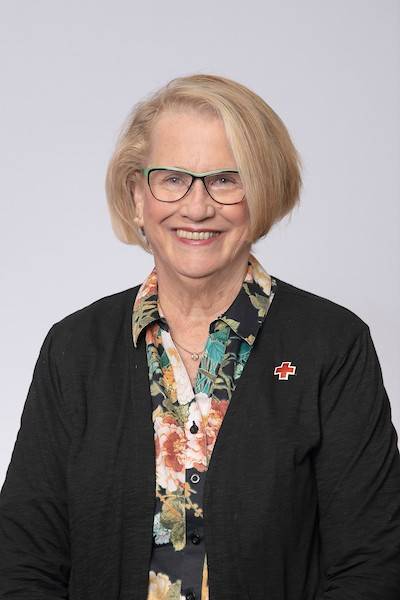 Megarie D. van Sickel serves as Executive Director of the American Red Cross of Southwest Florida. Previously, Ms. van Sickel served as Executive Director of the Charlotte County Chapter for 12 years and also served as interim Chief Operating Officer of the Southwest Florida Chapter for eight months. She has guided a volunteer-led disaster team through a number of challenges, including Hurricane Charley, the largest hurricane to strike Florida’s West Coast in 40 years. Ms. van Sickel has been elected to the position of Vice Chair Elect of the Association of Florida Chapters, and serves on the Florida Blood Centers Advisory Council, the Charlotte County 211 Board, and the local FEMA Grant Allocation Committee.