The Red Cross is working in partnership with the Redlands Christian Migrant Association (RCMA) to distribute these much-needed relief supplies to hundreds of low-income families across 20 counties, many of whom had no work for more than a week after the storm. This was one of several deliveries in addition to meals and nonperishable food to lend a helping hand to some of Central Florida's most vulnerable populations.

Meet just a few of the volunteers who made it possible:

As a Marine Corps veteran, Lentz of Greater New York is no stranger to deployment, but this is his first as a Red Cross volunteer. He praised Floridians for their resiliency, and noted that people have been very kind – always offering a hug or handshake. He enjoys helping those who feel “forgotten” by bringing help and hope to those who need it most.

Venessa from Wisconsin joined the Red Cross as a volunteer after a deadly explosion rocked the small town of Cambria where her daughter’s father worked at a corn milling plant. She saw the Red Cross responding to help the community, and wanted to do the same. Hurricane Irma is her first deployment, and she says it certainly won’t be her last.

Red Cross Fights Hunger and COVID-19 in The Bahamas 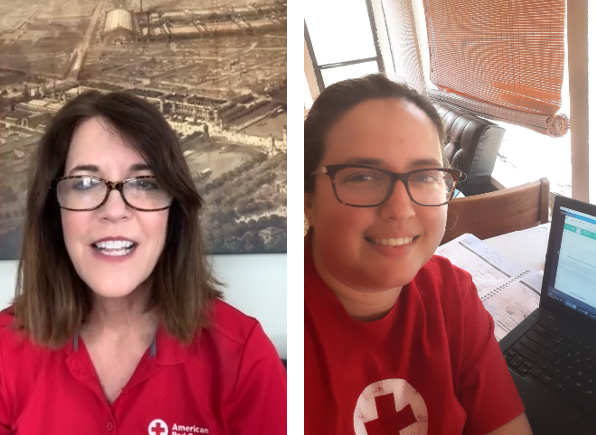