Red Cross Responds When EF-2 Tornado Touches Down in DeLand 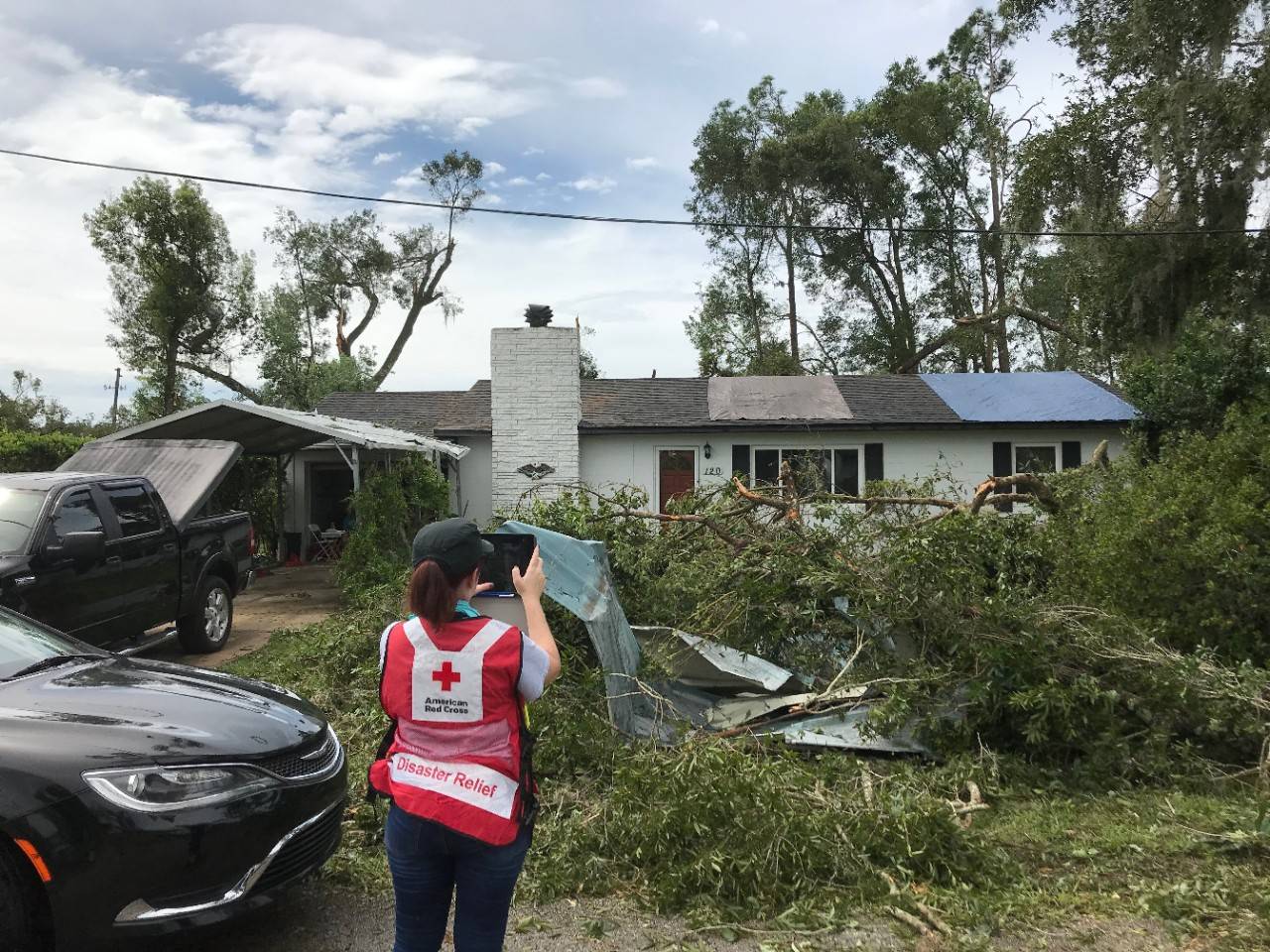 Tricia Rubino, a volunteer lead for the Space Coast Disaster Action Team, helps with disaster assessment in DeLand after the tornado.

In August 2020, in the midst of the COVID-19 pandemic and a very active hurricane season, an EF-2 tornado touched down in the City of DeLand, Florida. Winds in excess of 100 mph downed power lines, lifted roofs off homes, uprooted trees and flipped vehicles.

The supply distribution site operated for six days in the aftermath of the storm. Impacted residents could stop by for relief items including tarps, clean up kits, water, snacks, shovels, rakes and trash bags.

At the same time, other Red Cross volunteers moved into the neighborhoods to conduct damage assessment of homes impacted by the tornado. Initial reports from Volusia County Emergency Management were that approximately 29 homes sustained major damage during the storm.

Tricia Rubino is a volunteer lead for the Space Coast Disaster Action Team and helped with disaster assessment in DeLand. "When we responded, we were able to speak with impacted residents who were optimistic because no one had been hurt. They were grateful for the community coming together to support their neighbors and that the Red Cross was there," she said.

In North DeLand, where the most severe damage occurred, Red Cross volunteers in Emergency Response Vehicles moved into the affected communities as soon as it was safe to do so. Two teams canvassed the impacted neighborhoods street by street, reaching out to residents who suffered significant damage to offer supplies and other assistance.

Over the course of the response, Red Cross teams distributed more than 600 individual relief items and provided 20 eligible families with emergency financial assistance to help them replace essential items and begin to recover.

Rubino noted, "It has really been humbling to be a part of the Red Cross.  I'm just so grateful that there is something I can do to help my community. I wanted to be part of an organization that was able to respond and show support for community members at a time when they are most vulnerable."