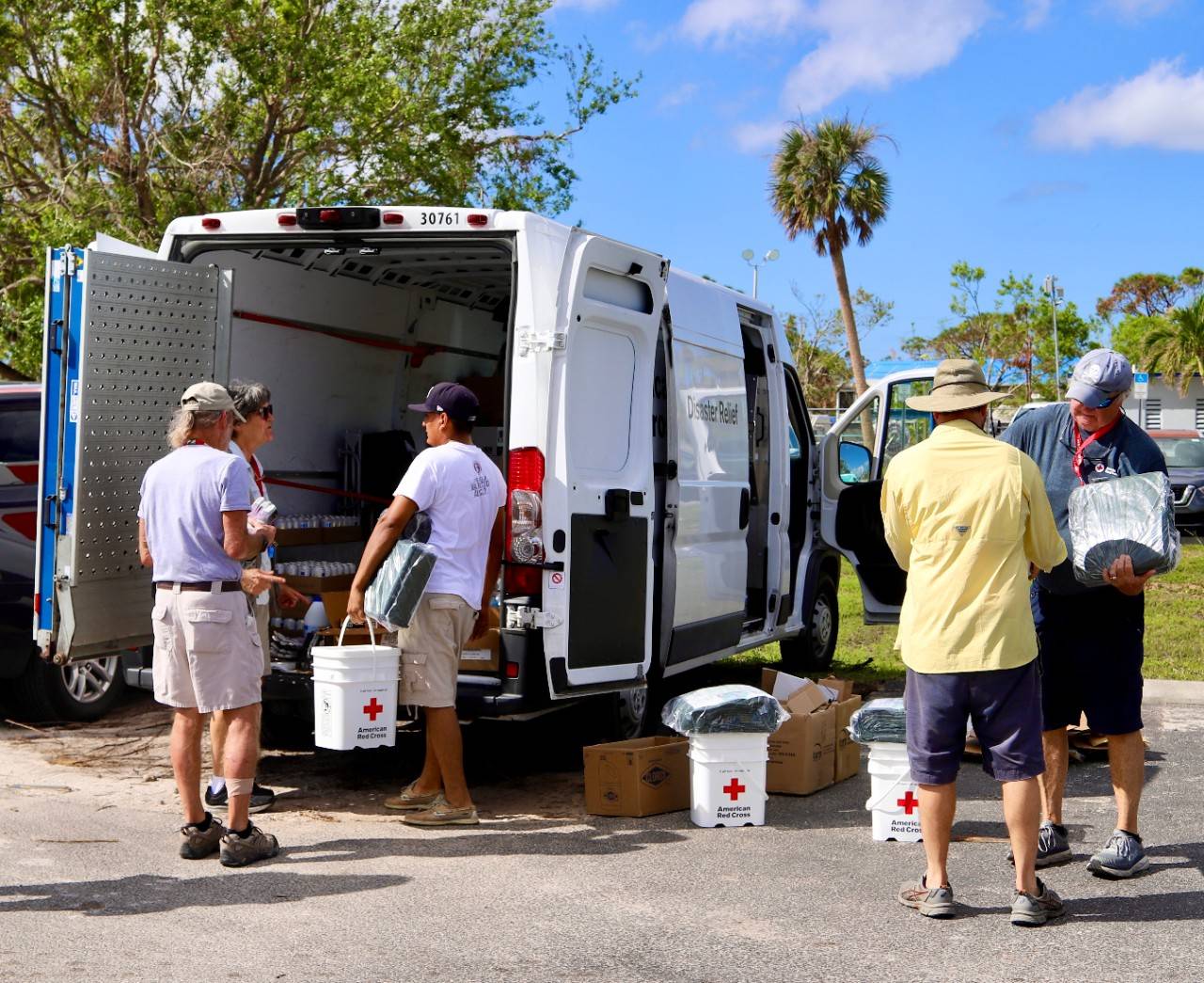 Weeks after Hurricane Ian struck with enough force to wipe out whole neighborhoods and take the lives of almost 120 people, Pine Island residents continue cleanup efforts in homes and businesses, trying to regain a feeling closer to normal.

At an American Red Cross disaster aid station near the island hub, Brenda Sawyer, a volunteer from Benson, Arizona, and a two-person crew handed out buckets with cleaning supplies, work gloves, bleach, cases of water and Gatorade. Residents stopped by on their way into and out of a FEMA Disaster Recovery Center set up in an adjacent tent. By her count, some 22 families had picked up supplies before noon that day, with bottles of bleach being the most requested item.

George Kranich, a Red Cross volunteer from nearby Cape Coral, toted buckets and tarps from the Red Cross vehicle to fill in for the ones that were taken.

Other people stopped into the Beacon of Hope office, a United Way agency offering assistance to community residents. “We’ve had a lot of people here looking for help with gas and rent and utilities,” said Nancy Buthman, director of community programs. Still more folks visited a food depot operated by the Pine Island Community Church. Board members said it would remain open until Nov. 18, when the remaining items would be transferred to the food pantry.

At an entrance to Flamingo Bay, a mobile home community near the St. James City section of the island, David Martin propped up a large sign indicating water was available, and raked debris from the median. “I want to do my part for my little community,” he said.

He was pitching in to help clean up the neighborhood in between repairing the fencing that surrounded his 52-year-old home. Martin estimated it has survived at least nine hurricanes. “It’s all in how it’s tied down.”

Many of his neighbors weren’t so fortunate this time; some homes were smashed inward and others lost roofs and whole sections. The lanes were lined with furniture, wallboard and metal siding even as a trash truck rolled through, picking up standard household garbage.

“Anybody that can stay here is,” Martin said. “Some places are still liveable.” Owners whose homes were destroyed are staying with friends nearby. “People are out here from dawn to dusk trying to clean up.”

Martin was grateful for the nonprofit organizations that come through offering assistance.

“The Red Cross has been fantastic with the water and food that shows up,” he said. Other days, the World Central Kitchen comes through. Farther south along Springhill Road, tandem trucks brimming with debris off-loaded into piles destined to be chopped up.

Life is returning to the island.