About the American Red Cross in Hawaii

The American Red Cross in Hawaii prevents and alleviates human suffering in the face of emergencies by mobilizing the power of volunteers and the generosity of donors.

The American Red Cross of Hawaii provides the following programs and services in the State of Hawaii:

To prevent and alleviate human suffering in the face of emergencies by mobilizing the power of volunteers and the generosity of donors. We do this by providing disaster relief and teaching lifesaving skills to the people of Hawaii, helping people prevent and prepare for emergencies, and providing support to military families.

Our humanitarian mission connects to people and communities throughout the islands, across the nation and around the world. We are committed to ensuring our people, programs and services reflect the diversity of the people and the communities we serve. We encourage you to join us on this journey and experience the greatness of the human spirit at its best.

The American Red Cross, through its strong network of volunteers, donors and partners, is always there in times of need. We aspire to turn compassion into action so that

Local Services this Past Year

Relevance of the Red Cross in Hawaii 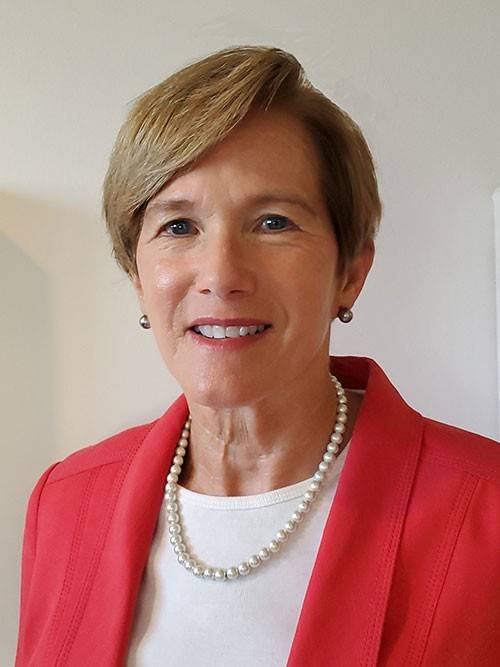 Diane Peters-Nguyen serves as the Regional Chief Executive Officer for the Pacific Islands Region, which includes the state of Hawaii, Guam, the Northern Mariana Islands and American Samoa.

Diane brings with her an extensive history of proven success in planning and implementation, revenue development, philanthropic partnerships, marketing and communications, volunteer management, and the ability to motivate and manager diverse staff teams.

After graduating with highest honors from Kamehameha Schools, Diane went on to earn a B.A. in French from the University of California at Santa Barbara and then earned a Master’s Degree in International Affairs with emphasis on East Asia from George Washington University.

Most recently, Diane served as the Vice President of Advancement at Chaminade University over the past 12 years. She played a lead role in initiating, developing, and completing a $118 million comprehensive campaign, the most successful in the organization’s history. Diane vastly expanded scholarships for Native Hawaiian and first-generation students. Diane also served as the Executive Director of Pacific and Asian Affairs Council in Honolulu prior to her role with Chaminade University.

Her deep ties to the community stem from her personal commitment to community service and leadership roles. Her service to Native Hawaiian organizations has included: Kamehameha Scholars Advisory Board Member; President, Hui Hanai Advisory Board; Prince Kuhio Hawaiian Civic Club; Native Hawaiian Chamber of Commerce; Native Hawaiian Hospitality Association; and Kamehameha Schools Alumni Association Board. She has also served on the Hawaii Society of Business Professionals as Past President. Several of her government-civic roles include Honolulu City & County Planning Commission (past Chair) and Honolulu City & County Salary Commission. In the area of education and arts, she has served on the Board of Directors of `Olelo Community Media and the Pacific Arts Foundation. 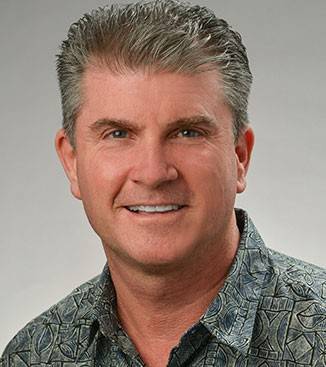 Jon Mauer joined the American Red Cross in 2017. During his tenure, he has served as the Co-Chair for our Sound the Alarm Committee and has actively participated in our Philanthropy and Board Nominating Committees, as well as helping to recognize the contributions of our volunteers at various events. Most notable during his time with the Red Cross has been efforts to support the Sound the Alarm Campaign with a focus on West Oahu where there is high need for those services.

Board of Advisors (non-voting)

History of the Hawaii Red Cross

While most people know the Red Cross exists worldwide, few realize what a rich history the Red Cross has in Hawaii. Officially chartered as a chapter of the American Red Cross in 1917, the humanitarian work of the Red Cross actually began as early as 1898, when 300 women, including Princess Kaiulani, cared for sick and wounded soldiers en route from the Philippines during the Spanish American War.

In 1917, Queen Liliuokalani sewed a Red Cross flag that soared above Iolani Palace during World War I, while volunteers rolled bandages in the Throne Room. When the flag was presented to the Territorial Governor on September 14, 1917, the Queen said "the flag is an expression of my warm and hearty sympathy for the cause of humanity."

Soon after the Red Cross was founded, the Red Cross held its first membership drive. On September 29, 1917, the Royal Hawaiian Band boarded a special street car that drove around Honolulu while the band played “There’ll be a Hot Time in the Old Town Tonight.” Ambulances paraded through the streets, and the Hawaiian Electric Company sounded a big whistle several times each hour – once for every 500 new members. Over 16,000 people joined the Red Cross that day, or one-sixth of the entire population of Oahu. Among them was Queen Liliuokalani, seated in a wheelchair on the lanai of her Washington Place home, who presented a $100 check to become a patron member.

In the months that followed, daily newspaper reports of mounting casualties stirred more people into action to demonstrate their compassion and patriotism. As future Territorial Governor George Carter put it, in an address to the Civic Convention in Honolulu: “The Red Cross is to humanity what our flag is to liberty. They are symbols of our faith and liberty. The Red Cross organization is the channel along which the generosity of our hearts may be carried into action.”

Volunteers were desperately needed to prepare surgical dressings, sew hospital garments, and knit blankets, sweaters, socks, hats, and gloves. For the duration of the war, the Iolani Palace Throne Room became the production center with long makeshift tables for folding gauze and rolling bandages. The firemen at the Makiki Station became well known for their knitting, and by 1918, over 280,000 items had been produced by the people of Hawaii to be sent to the war front.

After World War I, the Hawaii Red Cross focused on first aid, water safety, and nursing programs. Throughout these years, the Red Cross assisted victims of floods, fires, and flu and measles epidemics. When Pearl Harbor was attacked on December 7, 1941, the Hawaii Red Cross, the only American Red Cross chapter in a combat zone, sprung into action.

Red Cross Motor Corps volunteers evacuated people from the danger zone, transported supplies to Tripler, and cared for the wounded. Canteen Corps fed 300 evacuees and volunteers at Iolani Palace that day, 1,000 the next day, and continued to feed people until the emergency situation was over.

For 95 years, the Red Cross has played a vital role in helping the people of Hawaii recover from every major disaster, including Hurricanes Iniki and Iwa, Sacred Falls landslide, New Years & Manoa floods, Kaloko Dam burst, Big Island earthquake, Japan tsunami damage in Hawaii, volcanic eruptions, and air crashes. Hawaii Red Cross volunteers are on call 24/7, 365 days/year and respond to disasters every 4 days, providing not only food, clothing, and shelter, but crisis counseling to help people get back on their feet after a tragedy. We also teach 30,000 residents each year how to save lives and provide emergency communication between deployed military service members and their loved ones.

We are not a government agency and must rely on the generosity of Hawaii’s people to provide these critical services to our community. Mahalo to all of our Red Cross donors and volunteers for helping us perpetuate our humanitarian legacy for future generations.

To learn about our role in WWI, click here

Neighbor island advisory councils were established in 2006 in each county. Key leaders from local communities were asked to serve as members and help identify community needs and enhance the community’s awareness of and involvement with the Hawaii Red Cross.