The Board of Directors provides strategic oversight to guide the organization in its humanitarian mission and services. View our Board Members: 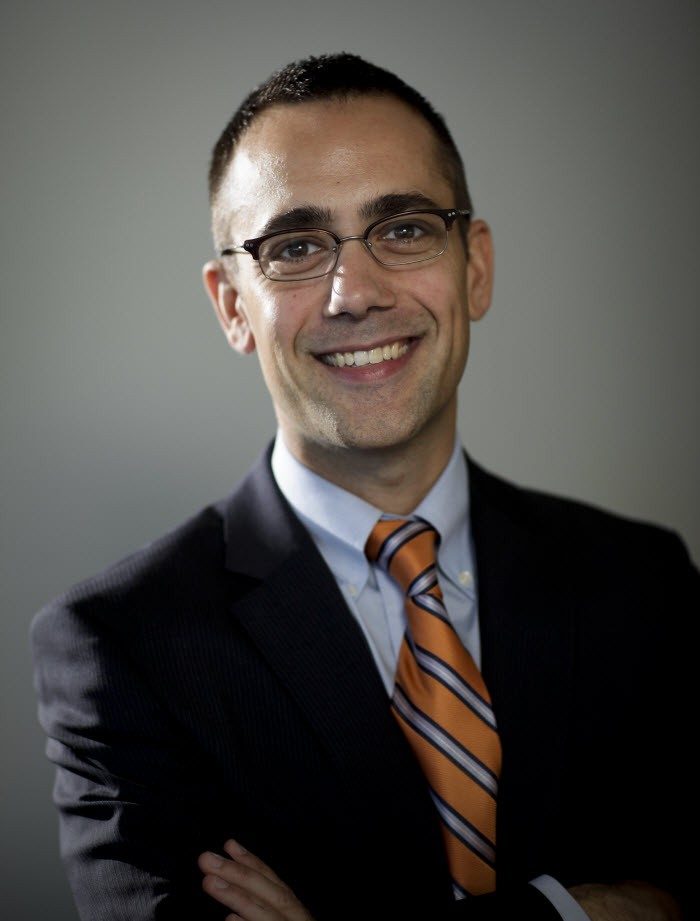 Chad S. Priest, JD, MSN, RN, FAAN is Chief Executive Officer of the American Red Cross – Indiana where he leads a team of over 3,500 volunteers and staff from 45 offices throughout Indiana and portions of Ohio, Kentucky and Illinois dedicated to alleviating human suffering and supporting resilient communities.

Chad is also Adjunct Assistant Professor of Emergency Medicine at the Indiana University School of Medicine and co-founder of the Disaster Medicine Fellowship Program and Adjunct Assistant Professor of Nursing at the Indiana University School of Nursing. He is a fellow of the American Academy of Nursing. His research and scholarship interests include international disaster risk reduction, healthcare emergency management, crisis leadership and community resilience to disasters and crisis events. He is a frequent international speaker on issues related to healthcare system and community resilience.

Prior to assuming leadership of the Indiana Region of the American Red Cross, Priest served as Assistant Dean for Operations & Community Partnerships at the Indiana University School of Nursing where he also founded and directed the interdisciplinary Social Network Health Research Laboratory. Previously Chad was Chief Executive Officer of The MESH Coalition, an innovative public-private partnership that enables healthcare providers to effectively respond to emergency events and remain viable through recovery. Chad formerly practiced as an attorney at the law firm of Faegre Baker Daniels practicing public health and healthcare law in the Indianapolis and Washington, D.C. offices. Chad served on active duty as an officer in the United States Air Force with the 89th Medical Group, Andrews Air Force Base, Maryland. He received his undergraduate degree in nursing from Indiana University, his Masters of Science degree in Community Health Nursing from Indiana University and his law degree from the George Washington University in Washington, DC. He is married to Caitlin Finnegan-Priest and has three children, Emerson, Nora and Eli. 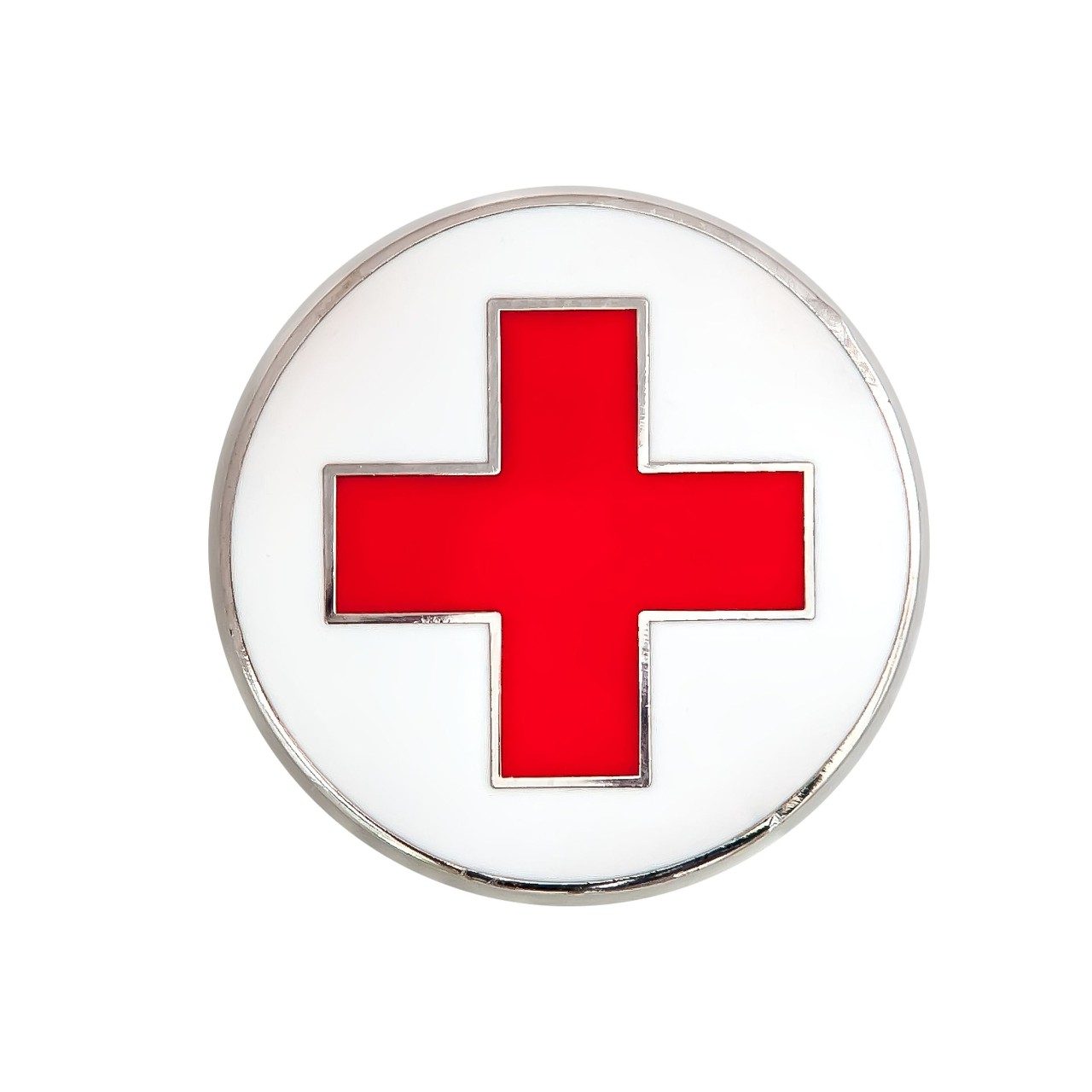 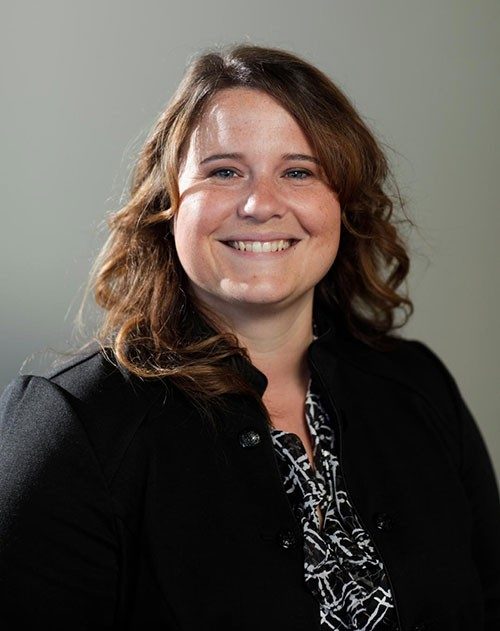 Courtney VanJelgerhuis is the Chief Operating Officer for the Indiana Region of the American Red Cross.  She is responsible for all regional administrative functions, including Finance, Human Resources, Fleet Operations, Real Estate and Facilities, and Risk Management.

Most recently, Courtney served as the Human Resource Section Chief for Indianapolis EMS.  Indianapolis EMS is a division of Health and Hospital Corporation, with Eskenazi Health, providing critical and high-quality care for residents and visitors of Marion County, Indiana.  Courtney supported this mission critical organization by providing leadership and guidance to its over 300 employees.

Courtney began her career as a legal secretary at the law firm of Baker & Daniels where she worked as a member of healthcare and insurance teams.  Prior to that, Courtney worked with MESH Coalition, an innovate public-private partnership that enables healthcare providers to respond to emergency events and remain viable through recovery.

After receiving her bachelor’s degree in Organizational Leadership from the University of Indianapolis, Courtney set her sights on working for organizations that demonstrated a commitment to giving back to their communities 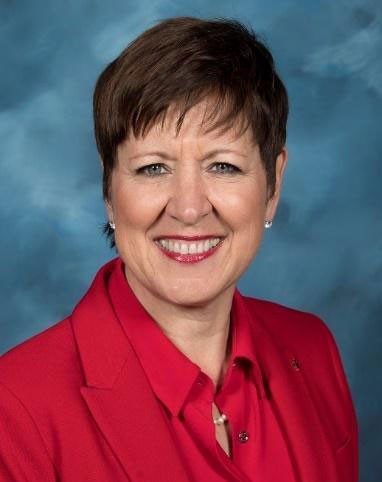 With a career that spans from a schoolhouse to the White House and now to the Fieldhouse, Dr. Allison Barber has a successful record of building brands and maximizing impact.  From grade school teacher in Merrillville, Indiana, to communications strategist in the White House and United States Department of Defense; and as the first chancellor and chief fundraiser for Western Governor’s University (WGU) Indiana, Allison has dedicated herself to creating pathways to help individuals reach their potential.

Now, as the President of the Indiana Fever, she has set her sights on building and inspiring Fever fans in all 92 counties of Indiana.  Barber understands the power of playing sports, a college athlete who lettered in tennis and softball, she values the positive impact sports can have on both children and adults.

Barber holds a B.S. in Elementary Education from Tennessee Temple University; a M.S. in Elementary Education from Indiana University; and a Ph.D. In Leadership from Tennessee Temple University. She is the recipient of the Department of Defense Medal for Distinguished Public Service awarded by Defense Secretary Donald H. Rumsfeld and was recognized as a Woman of Influence by the Indianapolis Business Journal.

In March 2019, she was presented with Indiana’s highest honor, the Sagamore of the Wabash, presented by Governor Eric Holcomb. Barber is a state lead volunteer for the American Red Cross and serves on the boards of the Indiana Chamber of Commerce, the Indiana Destination Development Corp., and the Elizabeth Dole Hidden Heroes Foundation. 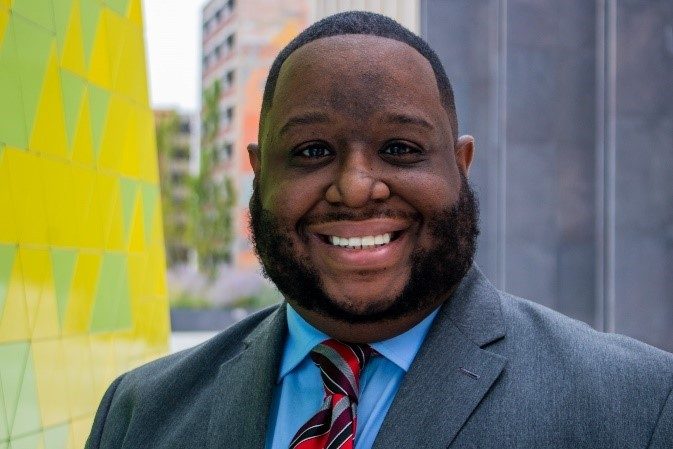 LaMar Holliday joined the Indiana Region of the American Red Cross as regional communications director in November 2020. He is responsible for leading all strategic internal/external communications, public affairs, executive communications, and media and public relations across the region.

Prior to joining the Red Cross, LaMar was the chief communications officer for the City of Indianapolis’s Office of Public Health and Safety (OPHS). He directed the overall communication strategy and community-focused initiatives and affairs, as well as provided public policy guidance to the Mayor’s Office on OPHS initiatives regarding homelessness, reentry, violence reduction and food access/insecurity. Recently, he oversaw the agency’s pandemic communication response and strategic partnerships in the fight against COVID-19.

Prior to joining the OPHS, LaMar served in the Mayor’s Office as the deputy director of public affairs. He also previously led media relations and strategies for the Indiana Department of Transportation (INDOT).

As a Red Cross volunteer since 2017, LaMar provided invaluable service to the Indiana Region as regional communication volunteer lead. He also deployed to various disasters, such as Hurricanes Harvey and Irma, the Pendleton tornado, Northwest Indiana floods, and more.

LaMar is currently president of the Kennedy-King Neighborhood Association and board member for the Kennedy-King Memorial Initiative. He also served on boards with the Public Relations Society of America, King Park Community Development Corporation (now known as Renew Indy) and the Indianapolis Association of Black Journalists.

LaMar began his career as a broadcast journalist, reporting in Texas, Illinois, and Indiana. He is an Indianapolis native and holds a bachelor’s degree in Broadcast Journalism from Eastern Illinois University. 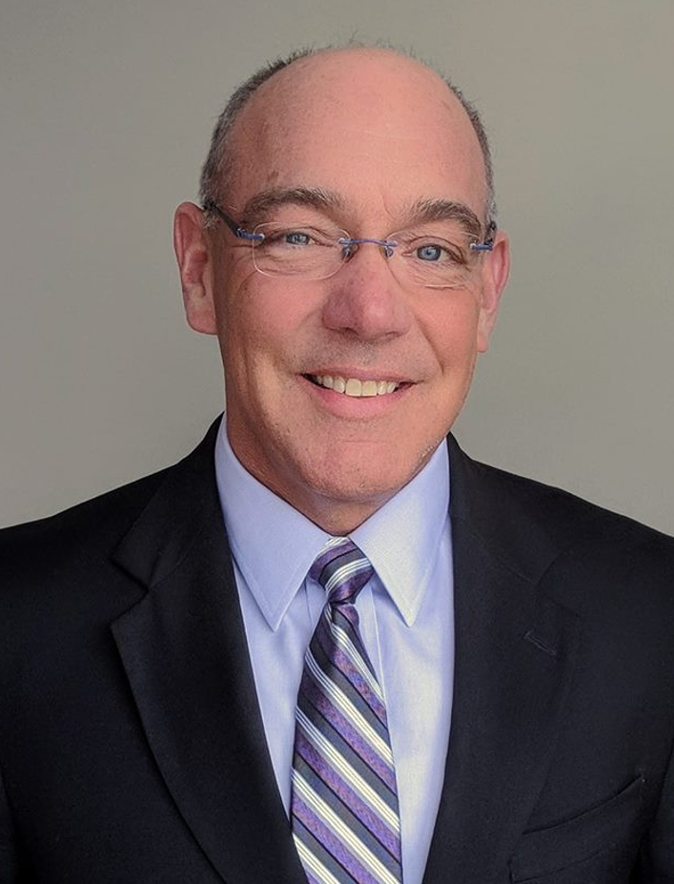 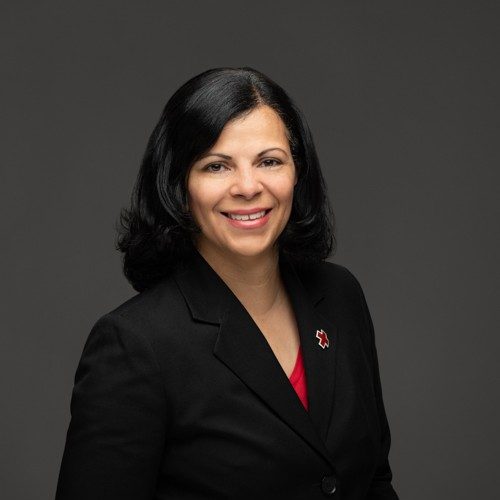 Leslie Montgomery is the Regional Disaster Officer for the Indiana Region of the American Red Cross. Leslie joined the Red Cross as an employee in February 2014, serving in various roles before moving to Indianapolis from Michigan in 2019. Prior to becoming an employee, Leslie volunteered with the Red Cross during Katrina and served in her local area sheltering evacuees.

Leslie has been a champion for numerous projects and initiatives at the Red Cross. In addition to leading projects within the Indiana Region, Leslie has deployed to disasters locally and in other parts of the country. She is passionate about community resiliency and has been involved in various projects, including the Condolence Care project for COVID-19, the Emergency Preparedness Initiative of Kent County, MI, as well as MI Prevention and MI Ready.

Before joining the Red Cross, Leslie served as a volunteer manager for the Kentwood Police Department and executive director of Jackson School of the Arts. She has B.S. degree from Grand Valley State University, studies in nonprofit leadership and seminary graduate study in leadership as part of an urban cohort. 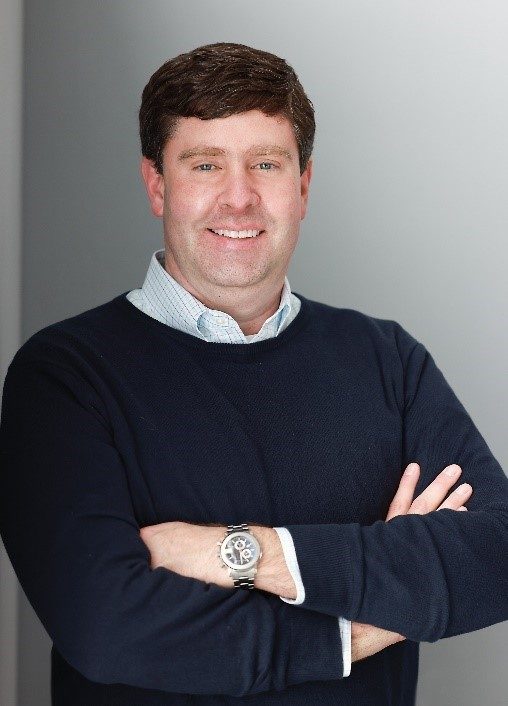 As chief development officer, Steve Spinner is responsible for leading the Indiana Region’s fundraising team and developing and implementing strategies to grow the donor base. Before joining the Indiana Region, Spinner served as philanthropy officer for the Northeast Division of the American Red Cross. He also served as interim chief development officer from 2018-19 in the New Jersey Region, where he was responsible for all fund development activities to sustain and expand critical programs and services across the Garden State. Under his leadership, the region exceeded its annual fundraising target by 21 percent.

Spinner recently completed his eighth year at the Red Cross and is recognized as one of the organization’s leading fundraisers. He is often among the top 10 fundraisers nationally and was consistently ranked the number one fundraiser in the New Jersey Region, having personally raised nearly $30 million in support of national and statewide programs. 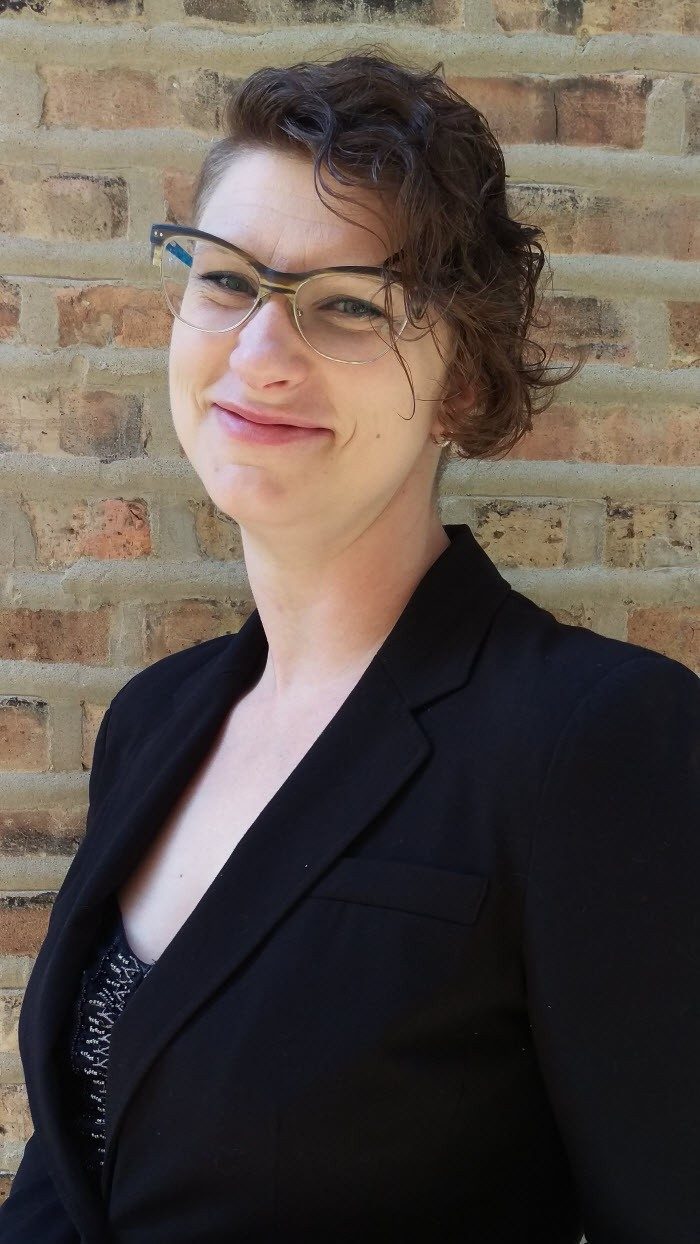 Kaleena Wright currently serves at the Regional Volunteer Services Officer for the Indiana Region. In her 13-year tenure with the Red Cross, Kaleena has transitioned from AmeriCorps member, to volunteer—to joining as a staff member in 2011. She originally joined the American Red Cross as an AmeriCorps VISTA member in 2007 supporting Homeland Security initiatives including CERT, Neighborhood Watch, and Citizen Corps. Upon successful completion of her term, she maintained her connection with the Red Cross as a volunteer, joining chapters in Illinois, Maryland and Mississippi as she moved. Kaleena used her experience in AmeriCorps and volunteering with Red Cross to become a Certified Nonprofit Professional (CNP) through the Nonprofit Leadership Alliance.

During her time at the Red Cross, Kaleena has worked in both Disaster Services and Volunteer Services. Outside of work, you will most likely find her either dancing, exploring on foot, or out on the water in one of her kayaks. 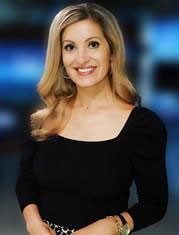 Beth is a dynamic communicator with deep roots in our community. She comes to the American Red Cross after a 17-year career in television journalism, with 16 of those years at 14 News (WFIE) in Evansville, where she served as an on-air reporter, anchor and most recently as assistant news director. She is an experienced leader, storyteller and passionate community leader.

Beth volunteers with Ark Crisis Child Care Center in Evansville where she served as a board member for 8 years. She has also volunteered with Habitat for Humanity, building homes in several states including her home state of Kentucky. Beth also served for several years as the volunteer master of ceremonies for the American Red Cross Heroes Awards Dinner.

Beth earned her BA in journalism from the University of Kentucky where she also served as an Americorps ambassador. She currently resides in Evansville with her husband, son Oliver and daughter Caroline. 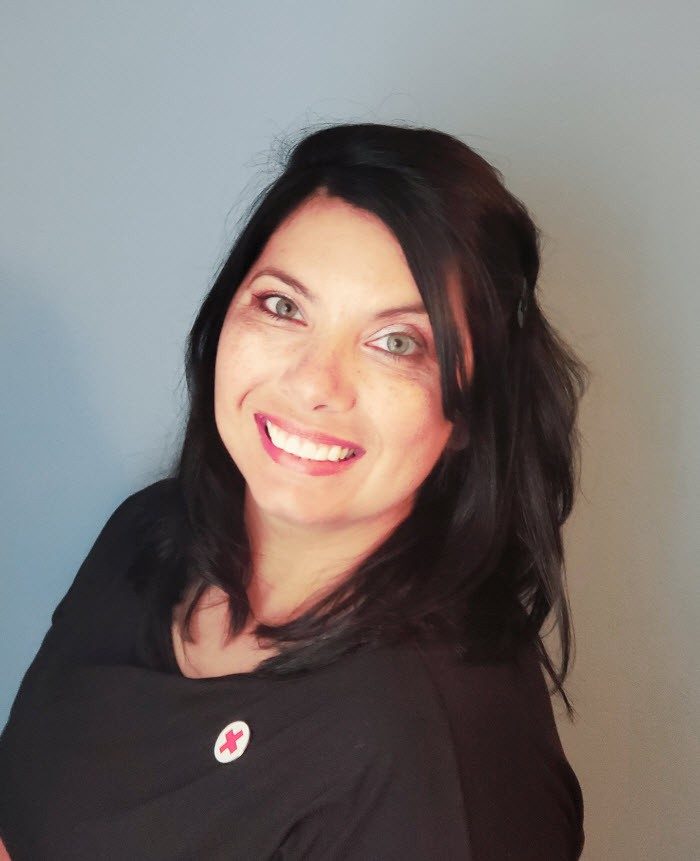 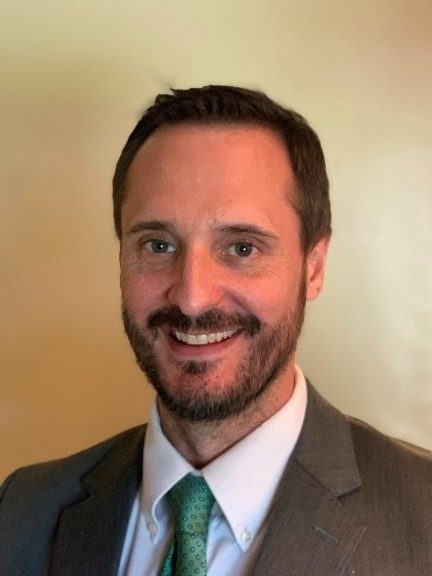 Brice Johnson is executive director for the Central Indiana Chapter. He joined the Red Cross in February 2020 as the senior recruitment specialist for the Indiana Region. Prior to joining the Red Cross, Brice led organizations in the United States and Europe to help meet the needs of the communities they serve. He spent his time in Europe living in Germany and traveling the continent fundraising, recruiting, speaking and coaching personal development and basketball. Brice studied at Pacific Lutheran University in Tacoma, Washington. 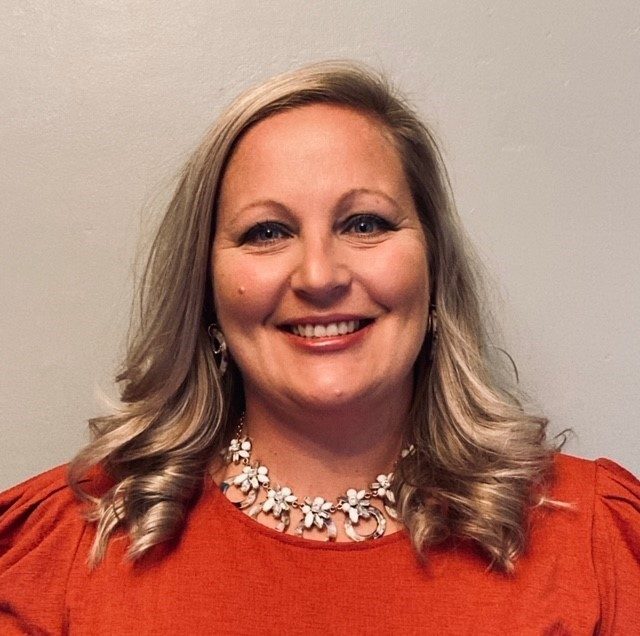 Olivia is a longtime native of northeast Indiana and has spent her entire career in the non-profit sector. Previously, Olivia worked in higher education as the executive director of K-12 partnerships and dual enrollment at Trine University. As executive director, she focused on building long-term relationships with the university’s K-12 partners and expanding dual enrollment partnerships, while being a conduit to corporate and industry partners through her outreach efforts. She also served in the Alumni and Development Office as the director of strategic partnerships, where she researched, developed, and administered grant opportunities as well as cultivated and maintained donor relations through corporate, industry, and personal stakeholdership.

Louise Clendenen is Executive Coordinator for the Indiana Region. In this capacity, she provides executive communications and administrative support for the Boards of Directors and the regional leadership team, serves as the Executive Assistant to the Chief Executive Officer and Chief Operations Officer and directs regional professional development and education programs through the Red Cross University program.  Louise has significant experience and expertise, having previously worked at the Indiana University School of Nursing and the IU Lilly School of Philanthropy. A native Hoosier, Louise is an avid reader, animal lover and has a passion for travel. She is dedicated to the values and mission of the American Red Cross