From Heartbreak to Hope: Platelet Donors Bring Comfort to Hospital Patients and their Families

From Heartbreak to Hope: Platelet Donors Bring Comfort to Hospital Patients and their Families

Valerie Ramirez is the mother of Simona and Adeline. She told the American Red Cross, she is grateful for all the donors that donated platelets, allowing her daughter Adeline to continue her fight with Leukemia.

“There was a virus that was going around our house and she got very sick,” Ramirez said. “We took her to a number of appointments to get her better and we ended up in the emergency room because despite the interventions that she was given; she wasn’t getting better.”

She added, in the emergency room, they were having a tough time drawing blood, and when they did get Adeline’s blood, they realized that it did not look quite right and there was a good chance that she not only had Leukemia, but she also had several infections including sepsis, double pneumonia, an ear infection, and thrush.

Valerie is forever grateful to all the donors that donated platelets for her daughter. Adeline passed away when she was only 3 years old.

Ramirez explained, Adeline was receiving eight (8) units of platelets a day and some days there weren’t enough in the hospital.

Platelets are tiny cells in your blood that form clots and stop bleeding. For millions of Americans, they are essential to surviving and fighting cancer, chronic diseases, and traumatic injuries.

“It was very difficult for the hospital to keep a supply for her,” Ramirez said. “She had negative blood type and they actually had to divide the last bag of negative platelets with her and another patient—so that donor helped save or prolong two lives.”

She told the Red Cross, this is what inspired her to start giving blood. “Giving people the chance at hope, a chance to live, a chance to fight, or for a chance to say goodbye.”

Her other daughter, Simona agreed and said she began donating as soon as she turned 16, to help others like they helped her little sister.

“It feels really good because when my parents first brought up the idea of donating platelets, they gave me a run down on why it’s so important,” Simona said. “For people in my age group, I know it’s a real struggle to see a needle because they are scared of needles, but it’s not scary at all. It feels really nice to be able to do something good for the community and knowing that you’re helping people.”

Together, the mother and daughter duo use their passion of donating and helping others as a bonding moment.

“I want to say that I am super proud of Simona,” Ramirez said. “It’s nice to actually have time with Simona and make this an ‘us’ thing. And I feel like I didn’t spend much time with my daughter, so this is my time to spend with Adeline.” 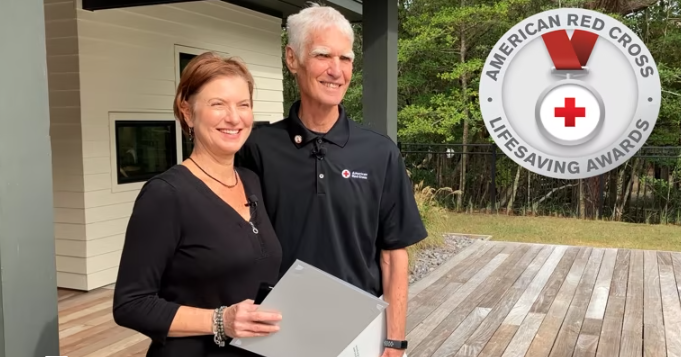