Ordinary people perform extraordinary acts every day. Join the American Red Cross of the Piedmont Triad as we recognize our community heroes.

Nominated by colleagues, neighbors, people they have served, and individuals who have seen their heroic acts in person, these heroes embody the American Red Cross’ seven fundamental principles of humanity, impartiality, neutrality, independence, voluntary service, unity, and universality.

Individuals will be recognized in the following categories:

Learn more about our 2020 heroes and their extraordinary acts! 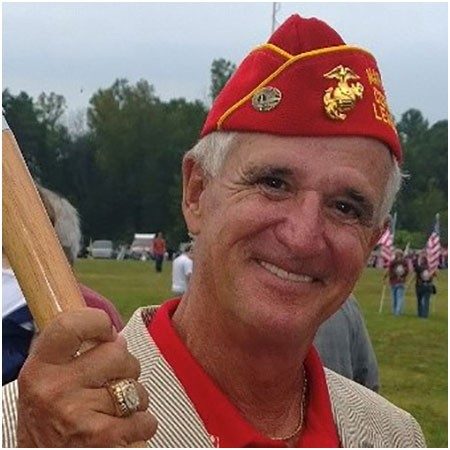 Jim Burgio, a veteran of the United States Marine Corps, is being honored for his philanthropic work for veterans. Jim was born at Camp Lejeune, NC, where his father was a Marine flight instructor. Raised in the borough of Queens in New York City, Jim attended and graduated from St. John’s University. He joined the Marines and served as a captain with the 1st Tank Battalion, 1st Marine Division near Da Nang, South Vietnam in 1968 and 1969.

Returning to civilian life, Jim established Advanced Technology, Inc., a decorative laminating company in Greensboro. He currently serves as CEO. Jim’s philanthropic history reaches over many years. Jim served on the board of directors for the Carolina Field of Honor at Triad Park in Colfax, helping to raise the $5 million needed to finish the memorial.

Jim also serves as a board member for Horsepower Foundation, Inc. It’s “Horsepower Therapeutic Learning Center” in High Point is a non-profit organization that has served the Triad since 1995. The mission of the organization is to promote and enhance the welfare of individuals with physical, intellectual and/or emotional disabilities through a program of therapeutic, educational and recreational activities using horses. Veterans suffering from PTSD are among those who receive services.

Jim has also devoted time and resources to the Marine Corps League in assisting with its Community Outreach Program. This program assists veterans from all service branches with medical needs, housing, and coordination with the Veterans Administration. 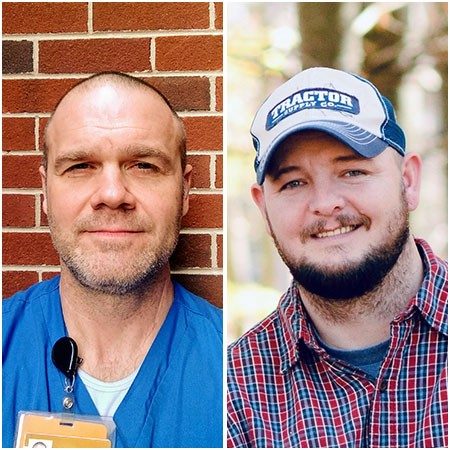 On the afternoon of July 11, 2019, Robert Lawson was on his way home from work, driving on Route 52 in Winston-Salem. Also driving a different car was Jeff Johnson, an off-duty emergency room nurse at Baptist Hospital. Both men saw traffic stopped ahead and plumes of smoke coming from a small passenger car. A multi-vehicle crash had just occurred, and the small car’s gas tank had ignited. The car’s driver was trapped inside the car and flames were getting closer to her.

Both Lawson and Johnson stopped their cars and ran to the scene of the accident. First responders hadn't arrived yet. Lawson tried to open the driver’s side door, but the handle ripped off. He recalls hearing the woman scream, “I don’t want to die in this car.” Johnson remembers the flames from the fire licking over the woman’s shoulders.

Two other men - who have remained unidentified - also tried to help free the trapped woman. All four men, working together, were able to pull the woman from the car and move her a safe distance away just before the car burst into flames. 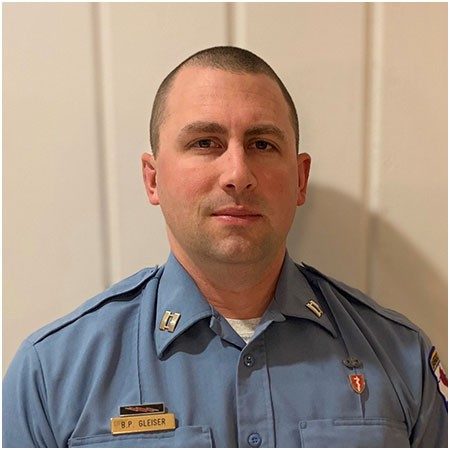 Captain Ben Gleiser, of the Guilford County EMS will receive the Emergency Medical Services “Salute to Heroes” award for his actions on October 14, 2019. That morning, a Guilford County Sheriff’s Department deputy attempted to serve court papers to a residence. The man, who was alone in the home, closed and barricaded the door. The deputy called for back-up when he heard a gnshot from inside the home.

The Sheriff’s Emergency Response Team was dispatched. They surrounded the home, evacuated neighbors, and attempted to negotiate with the man inside. Embedded that day with the response team was Captain Gleiser and other paramedics. Negotiators tried throughout the day to get the man barricaded inside the home to come out peacefully. Sporadic gunfire kept coming from the house. About 7 PM, after exhausting all efforts to get the man to come out, the response team went into the house. The man shot at the deputies, hitting two of them. The deputies returned fire. The man died at the scene.

One of the deputies was struck in the face, and sustained life-threatening injuries. Within seconds of being hit, while the gunfire continued, the officer was receiving care from Captain Gleiser. Ben was able to get the officer outside of the house to a waiting EMS ambulance. For his courage under fire and successful treatment of the wounded officer, Ben is worthy of this recognition. 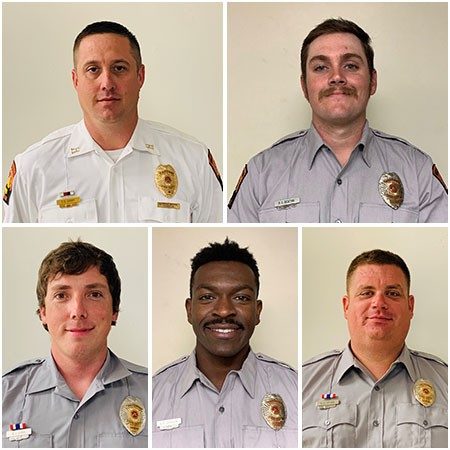 Six firefighters from the Winston-Salem Fire Department will receive “Fire Services” Salute to Heroes awards for the actions that they took on the morning of November 30, 2019. That morning, a fire started in the kitchen of a single-story house in the 1800 block of South Martin Luther King, Jr. Drive in Winston-Salem. A 76-year-old man and his wife had turned on their gas stove after a neighborhood power outage had left the house chilly.

A deep fryer left on the stove started to overheat. A fire began in the kitchen. After their attempts to put out the fire were unsuccessful, they called 911. Several trucks from the fire department were dispatched. Upon arrival, the house was full of smoke and flames. The wife was standing out front of the house and said that her husband, who was confined to a wheelchair, was trapped inside the house.

Captain Denny, in order to save the life of the man trapped inside, decided to enter the building without the protection of a fire hose. Once inside, he called for the help of Firefighters Grubb and McCaskill. Firefighters Bostian, Johnson and Dunn also assisted in the rescue. Working together, the firefighters were able to get the man safely out of the home. Without the bravery shown by these six firefighters, the occupant of the home would have been unable to escape the burning house. 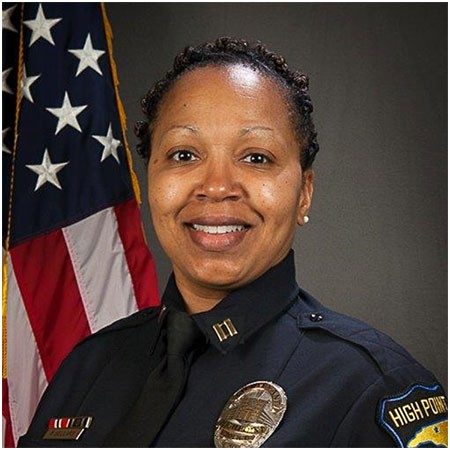 Captain Petula Sellars of the High Point Police Department is being recognized for her leadership of the department’s “Angels in Blue” program. Beginning in 2014, while Sellars was supervising School Resource Officers, her team of SROs identified three school students whose needs were critical. With Sellars’ leadership, the SRO team “adopted” these three students and their families for Christmas and provided them with gifts as well as basic need items for the family.

This effort had such a positive impact on the three families and the students involved that the decision was made to grow the program. Over the past five years, the number of recipient families has grown. In 2019, 23 families received assistance. As the program has grown, so has the number of High Point police officers who are participating in the planning, fund raising, gift purchasing, present wrapping and delivery to the homes of the families being helped.

In addition to the internal efforts of the High Point Police Department, Sellars has worked to include outside participation from businesses, organizations and individuals, resulting in a collaborative partnership between the police and the community. 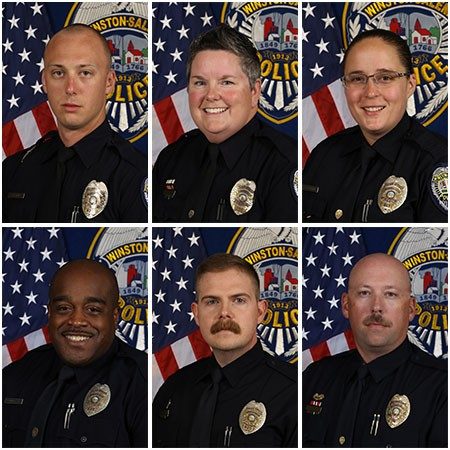 Six Winston-Salem Police Department officers will receive “Law Enforcement” Salute to Heroes awards for their actions on the morning of December 20, 2019 at the Jocelyn V. Johnson Municipal Services Center. Early that morning, a City of Winston-Salem sanitation department employee brought a gun to work and confronted a co-worker, Terry Cobb, Jr. Shots were fired, and other city employees called 911 to report the gunfire. Officers were dispatched to the scene.

Upon arrival, the officers still heard gunshots being fired and other employees were fleeing the building. Officers then confronted the armed man as he was exiting the building. He began to fire multiple shots at Sergeant Cameron Sloan, Corporal Mary Holmes and Officer Ashley Norman. Another police officer, Officer Christopher Faw, was at a nearby building and ran to the scene of the gunfire. All four of these officers returned fire on the gunman and, during the exchange, the gunman was killed. Sergeant Sloan was struck twice by gunfire and was seriously injured. Two other officers, Corporal Seth Reynolds and Officer Lavern Pringle, applied tourniquets to Sergeant Sloan. Corporal Holmes suffered a shrapnel injury to her forehead. Once it was determined that the gunman was no longer a threat, the officers found that the targeted co-worker had been killed by the gunman. Another gunshot victim had a serious, but non-life-threatening wound.

The combined actions of all six officers that morning undoubtedly saved lives. The team acted with extraordinary courage and put themselves in harm’s way to protect other employees of the city of Winston-Salem.

Thank You to Our 2021 Salute to Heroes Event Sponsors 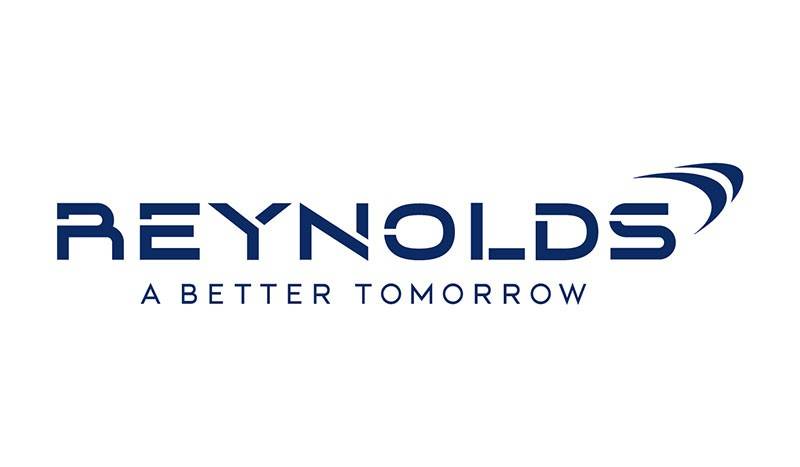