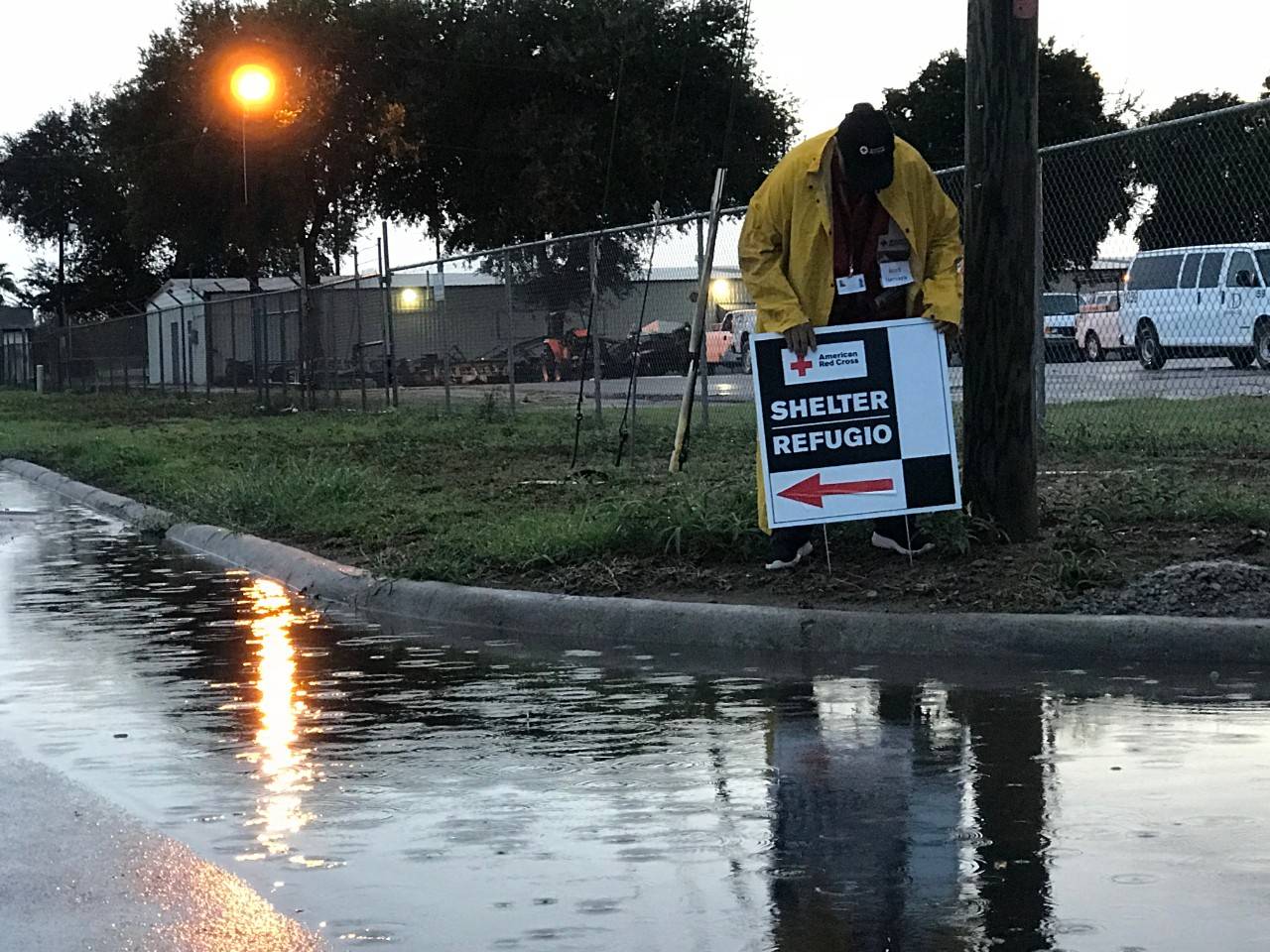 As many watched and prepared for the impact of Hurricane Florence to the Eastern coast of the United States, the American Red Cross in the southern regions of Texas readied volunteers, supplies and resources to respond to a disturbance in the Gulf of Mexico.

On Friday, September 14, Texas Governor, Greg Abbott, issued a State of Emergency for more than 70 counties with the concern that heavy rain would cause flooding in areas already heavily saturated.  In response to the state of emergency, the Central South Texas and Gulf Coast regions worked together to establish a Disaster Response Operation (DRO) headquartered in San Antonio, TX.

With numerous volunteers and staff deployed to the area, the Red Cross identified potential shelter locations, prepared supplies, and planned for an extensive response if needed.  While the storm weakened before making landfall, the Red Cross continued to work with local government officials and other partners to ensure all needs were met.

“This readiness effort allowed our volunteers to exercise our 120-hour timeline for hurricane response,” said Andy Lopez, DRO Deputy Director. “Had the storm hit, I’m confident that our teams were ready to support the needs of communities affected.”

Although the storm weakened, the operation was a useful training opportunity for volunteers and staff to learn new roles, build working relationships with government officials and community partners,  sharpen skills that would benefit the next Disaster Relief Operation.

During the DRO, our volunteer training team offered workshops on Shelter Fundamentals and a Shelter Simulation, Disaster Action Team Basics, and Psychological First Aid.  Having these classes available served several purposes including: recruiting new volunteers and having a trained and qualified workforce ready when needed.  The reality is that weather will continue to be a possible threat, we want to ensure that our community members are prepared to serve their regions.

Volunteers are one of our most valued assets.  One volunteer who assisted in the DRO began her Red Cross volunteer career during Hurricane Katrina.  “We have so many disasters in Louisiana and a lot of people come in to help us,” said Gwendolyn Hillard, volunteer. “It feels good to return the favor.”