About the American Red Cross in Colorado

The first Colorado-based chapter of the American Red Cross was chartered on Nov. 11, 1914. Today, there are four chapters in Colorado which is part of the Colorado & Wyoming Region.  These chapters include:  the Mile High Area, Northern Colorado, Western Colorado and Southeastern Colorado

The American Red Cross is not a government agency.  It relies on the donations of time, money and resources from individuals in the local community, corporate partners and like-minded foundations to do its work.  Red Cross Services are provided throughout Colorado thanks to the generous commitment of thousands of local volunteers who:

Services to the Armed Forces:

The American Red Cross Mile High Area serves as the Regional Chapter for the Colorado & Wyoming Region, providing disaster leadership for the region and support for five chapters in Colorado and Wyoming. 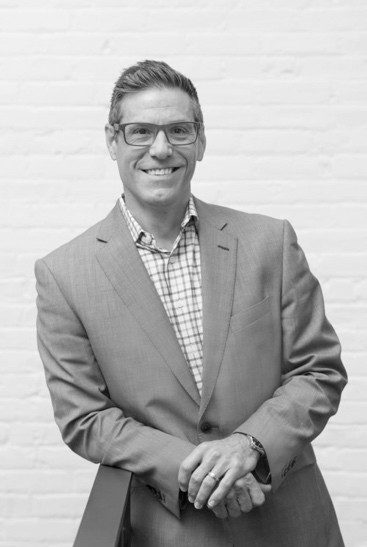 Prior to joining the Red Cross, Gino served as President & CEO of The Wildlife Experience museum and as Chief Operating Officer of CollegeInvest.

As one who believes wholeheartedly in the importance of civic and community engagement, Gino serves on the board of directors of the Denver Metro Chamber Leadership Foundation and Colorado Emergency Preparedness Partnership (CEPP), the Leadership Advisory Council of the Colorado Nonprofit Association and is a member of Colorado Concern and the inaugural class of the American Enterprise Institute Leadership Network. He is a proud graduate of the Denver Metro Chamber Leadership Foundation’s Leadership Denver program and the Federal Bureau of Investigation’s Citizens Academy (Denver Division). He was recognized as a Denver Business Journal “Forty Under 40” business leaders in 2002.

In the spring of 1914, as tensions mounted in WWI, local visionaries saw the need to bring the services of the American Red Cross to the central mountains of the United States. Volunteers formed a loosely organized “Mountain Division of the Red Cross” consisting of Colorado, Wyoming, New Mexico and Utah. Even before these Red Cross groups were formally recognized, their volunteers began to raise money to help the thousands of wounded soldiers on the battlefields of European nations embroiled in the conflict.

Those volunteers applied to the national American Red Cross for chapter charters, and on Nov. 11, 1914, the first Red Cross chapter charter was granted to form the Pikes Peak Chapter of the American Red Cross in Colorado Springs. The Denver Chapter was chartered 10 days later, and together these chapters served Colorado through a number of locally-based, volunteer-led groups. Colorado experienced a second influx of new chapters in 1917 and 1918, with subsequent chapters added over the years. These chapters later consolidated to the five chapters we have today.

The Red Cross was entirely volunteer-run for many years. One of the most famous early volunteers was Lawrence C. Phipps, who served as the first chairman of the Red Cross chapter in Denver and later served as a United States Senator representing Colorado. Another well-known early volunteer was Spencer Penrose, Chairman of the Colorado Springs Red Cross campaigns for WWI. Penrose led a successful campaign that raised more than $200,000 for the Red Cross War relief effort, including $30,000 that he and his wife Julie personally donated to the cause.

Red Cross volunteers began teaching First Aid classes in Colorado as early as 1915, and lifeguard classes launched in 1925. (The American Red Cross has been teaching water safety since 1914.)

The first major local disasters to which Colorado Red Cross volunteers responded were the Castlewood Dam breech in 1933 and the Monument Creek flood in 1935. Local Red Cross workers also distributed aid to assist needy families affected by the Great Depression.

Local, national and international disaster relief efforts have always played an important role in Red Cross activities in Colorado, and Colorado have residents generously supported numerous relief efforts throughout the history of the Red Cross in Colorado – starting with a fundraising drive to help victims of an earthquake in Japan in 1923 and continuing to recent disasters.

Over the course of the past century, Red Cross volunteers in Colorado have provided support for members of the military and veterans during and after every U.S. war; launched programs to teach water safety, CPR, first aid, disaster preparedness and other lifesaving skills; and provided aid during disasters large and small - here in Colorado, across the country and around the world.