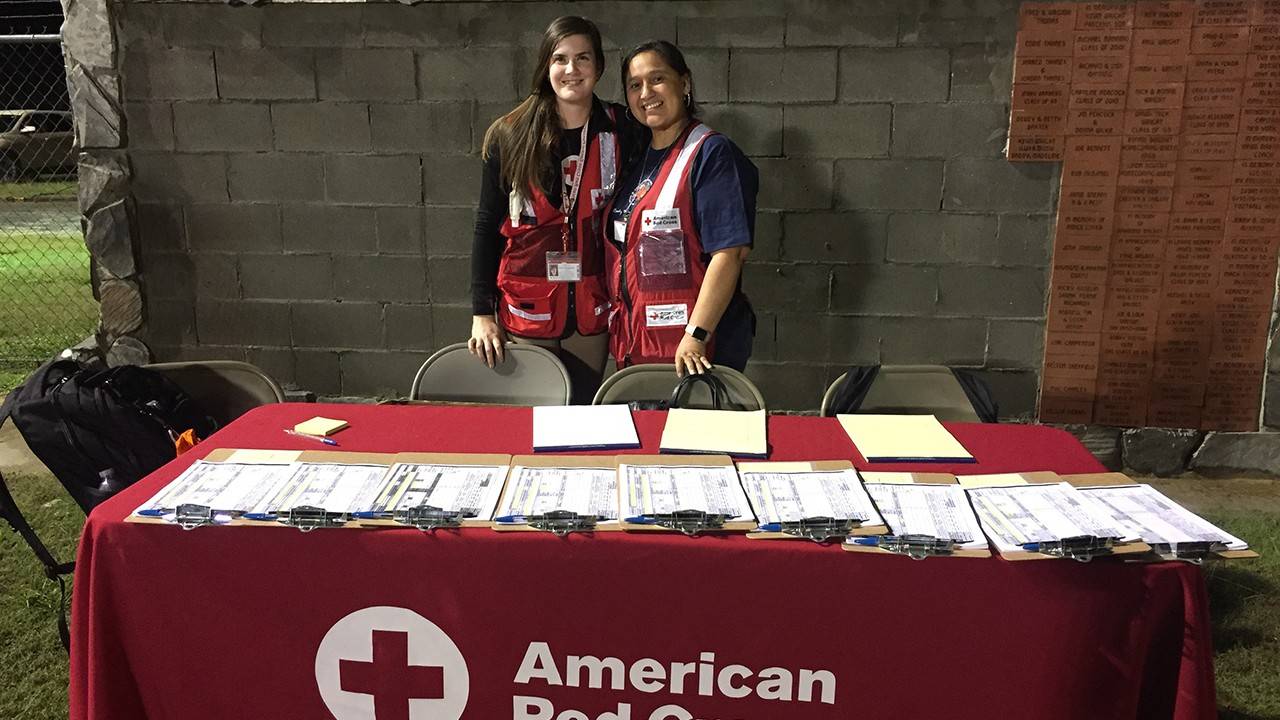 That is how a small group of American Red Cross volunteers are greeting Hurricane Michael survivors in Spanish.

The people offering assistance in Spanish are members of the Latino Engagement Team.

Members have travelled from across the U.S. to engage and assist with people who are more comfortable speaking in Spanish.

“It was a pilot project which began with the Hurricane Harvey relief response last year, “said Desiree Ramos Reiner, one of the co-leads with the team. “Although members did not know what to expect, they jumped in with both feet.”

“They are flexible, adaptable and willing to lead to get services to an underserviced population.”

During this deployment, 10 team members have been reaching out to elected officials, community and church leaders in vulnerable communities.

Ella Marrisa Faz remembers reaching out to a family of 12 which rode out the storm at their mothers’ house.

One of her daughters was overwhelmed because she did not have the means to repair her damaged home.

“She said: ‘I don’t know what to do,’” said Faz. “I put her in contact with Red Cross mental health specialists and other contacts which could offer her financial assistance.”

Faz says the woman was so grateful, she baked a carrot cake and offered her flowers. She even offered to give her one of her puppies.

“I love what I do; I would do anything to help.”

Rachel Hollingworth remembers talking to dozens of families and individuals at a Friday night football game in Jackson County, connecting people who needed help with organizations that could possibly deliver what they need.

“It was very humbling. It puts things in perspective,” said Hollingworth. “It reminds me, every day, why I do this job.”

Patricia Martinez has travelled from Los Angeles to work with the team on her first deployment.

She points out that her team will speak with anyone who needs assistance.

One of the highlights so far has been helping a woman who is taking care of her 97-year-old mother.

“She was just so happy to have someone to talk too,” said Martinez. “She had been without electricity for three weeks. Now that services were helping to get her and her family back to normal, she was very grateful.”

And even though she has not spoken to anyone in Spanish as a member of the Latino team, Martinez says the team will help anyone, anytime.

“You never know who you are going to help.”

Afghanistan: How the Red Cross and Red Crescent are Helping
.type=article.p=1
View All
/content/redcross/en/local/florida/north-florida/about-us/news-and-events/news/eastamos-aqui-para-ayudar-