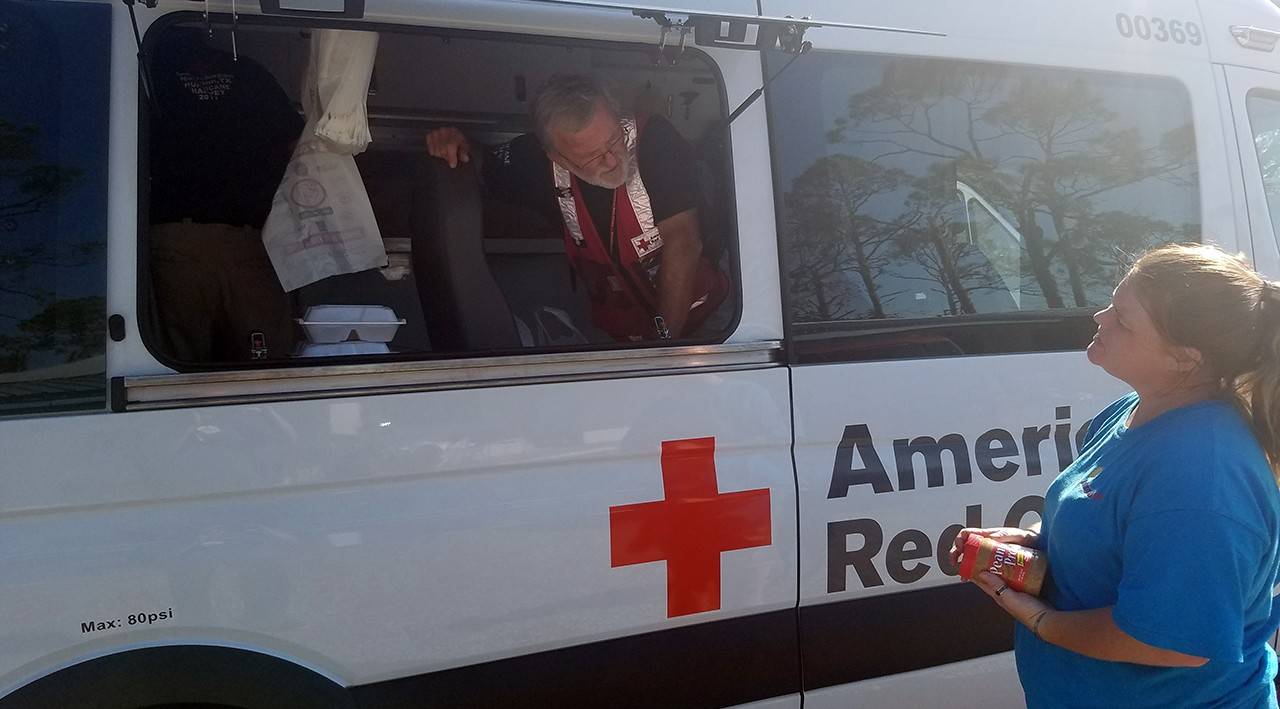 “By the time you hand that (meal) to somebody, 100 people have been a part of that meal. That’s amazing."

PORT ST. JOE, Fla.  – Megan Lincoln and her three-legged black Lab, Tag, greeted the American Red Cross vehicle as it pulled into the driveway of the Dixie Belle Motel for a meal delivery.

“How many today?” Red Crosser John Crepeau asked from a pop-out window on the side of the white van with the iconic red cross.

Crepeau and his Red Cross teammates Mike Wedl and Donald Nesbitt filled Styrofoam clamshells with chicken in sauce, rice, peas and a roll for the motel residents; each meal went with a bottle of water.

Lincoln reflected on what the food means to her and her “guests.”

“It’s heartwarming, to see all these people come together like this, for us,” she said. “It’s a shame it takes a disaster to bring us together – that (people) aren’t like this every day.”

The Dixie Belle has been a regular stop on a Red Cross delivery route since a few days after Hurricane Michael slammed into this coastal community. The motel – like many built for visitors and fishing buddies along the “Forgotten Coast” – is now packed with locals, people displaced until their homes are repaired or utilities are restored.

In 18 days since Michael’s landfall in Florida, the Red Cross and its longtime partner, the Southern Baptist Convention, have prepared more than 330,000 such meals in four field kitchens and several shelters.

In downtown Port St. Joe, more than 50 Southern Baptist volunteers from Texas and Tennessee in goldenrod-yellow T-shirts and caps use commercial-grade kitchen equipment under tents in the parking lot of the First Baptist Church, its steeple bent like the trees around it from the hurricane’s force.

Working with Red Cross volunteers, they keep up a steady pace of vehicles rolling in, loading up and heading out. The constant action doesn’t pause as workers share updates on family members and anecdotes from past disaster responses.

Beth Wilbanks, who wears a blue hat as operations leader for the Southern Baptists of Texas Convention Disaster Relief, said partnership is vital.

“This is ministry for us,” Wilbanks said, adding, “We wouldn’t do what we do without Red Cross coming here, getting the food, taking it out.”

Roxanne Major, a Red Cross feeding volunteer out of Sarasota, Fla., side-hugged a Southern Baptist volunteer and welled up at the deeper meaning of the partnership.

“By the time you hand that (meal) to somebody, 100 people have been a part of that meal. That’s amazing,” Major said.

Back at the Dixie Belle Motel, Lincoln stacked lunch trays on an outdoor table. She said her own family home some 25 minutes inland in Wewahitchka was spared severe damage, but she couldn’t say the same for the other families now living at the motel.

She shouted out with gratitude as the Red Cross van pulled away: “Thank you so much. You guys are such a blessing!”

The Red Cross is not a governmental agency, so these meals and the other free services it provides to disaster victims are made possible by the generosity of the American people. 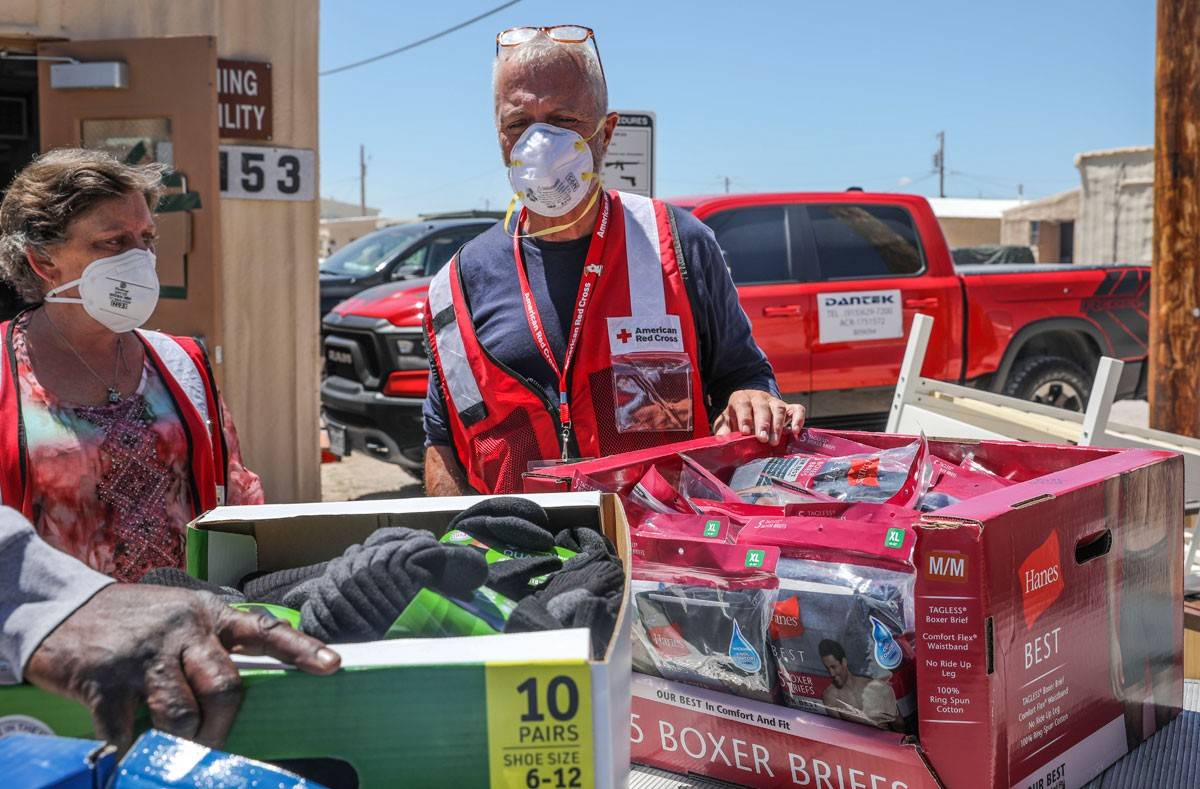