Thank you Bozeman for the Shelter 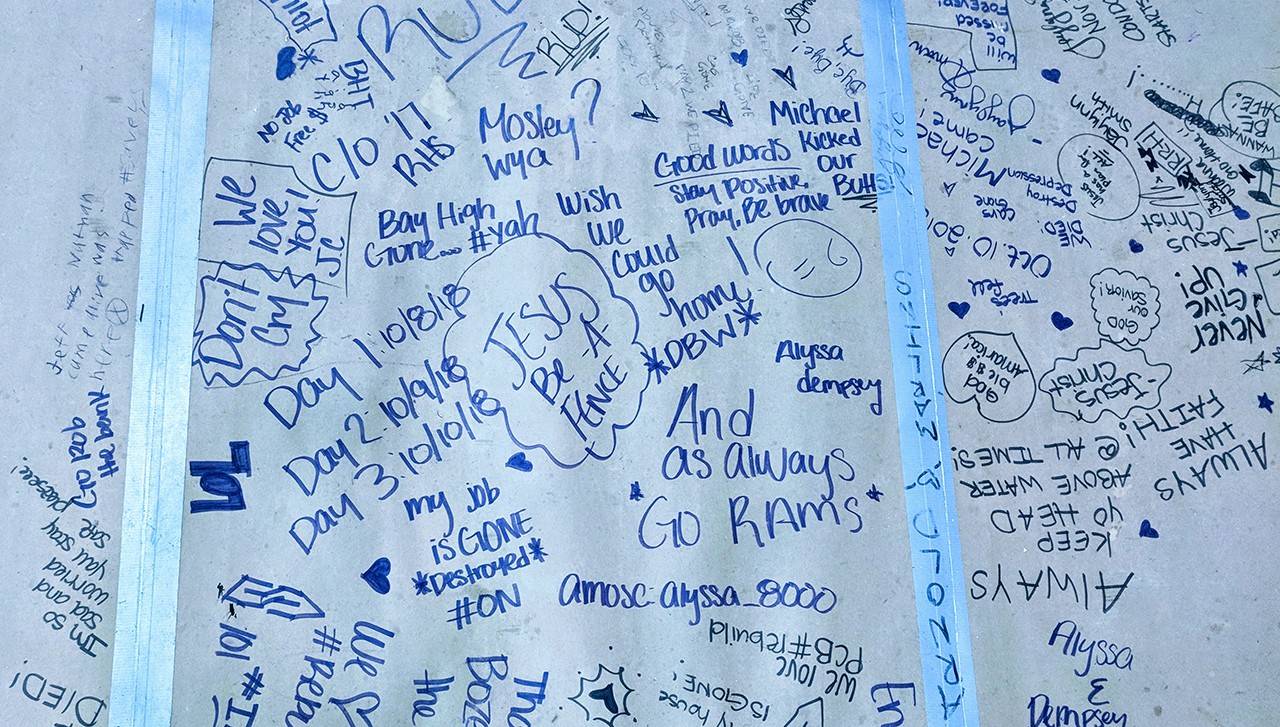 PANAMA CITY, Fla. – The Deane Bozeman School opened its doors as a shelter less than a week after Hurricane Michael slammed into the Florida panhandle.

As they arrived by the hundreds, many were shocked, scared and hopeless, but American Red Cross volunteers were there to meet their immediate needs and help them start thinking about how to move forward on the road of recovery.

For clients Michelle Burris and Heather Packer, one step toward the future is the close bond they developed at the shelter. Heather lived in the Panama City area before the storm hit and Michelle was moving with her fiancé to Panama City.

“We became like sisters here,” Burris said as they laughed and teased each other.

They realize their newfound friendship will be important even as they move from the Deane Bozeman shelter to a new one opening at J.R. Arnold High School in Panama City Beach.

The Red Cross recognizes that stability in the wake of a disaster is important, but so is moving with the community toward a new “blue skies” state of normalcy. Sometimes that involves turning a shelter back to its pre-disaster use and transitioning those who still need accommodations to a new location.

Trained Red Cross volunteers make sure residents are informed about the details of a move, are given mental health support and are served lunch, so they don’t leave on an empty stomach.

The Florida National Guard, Florida Conservation Corps, Big Bend Mental Health Coalition and the Navarre High School Raiders helped make the move go smoothly. The high schoolers stood out, carrying boxes, opening doors and packing loose items. When they were done, they made a squad movement formation that lifted the spirits of everyone left in the area, shelter residents and Red Crossers alike.

“This is a step in the right direction,” a Red Cross shelter volunteer observed as the last of the residents climbed onto city buses. “I’m hoping this is the last time they move and we can help them get into a more permanent housing situation.”

Get Ready for Another Busy Hurricane Season; Become a Volunteer
.type=article.p=1
View All
/content/redcross/en/local/florida/north-florida/about-us/news-and-events/news/thank-you