After Grievous Loss, Along Came Hurricane Michael – and then The Red Cross 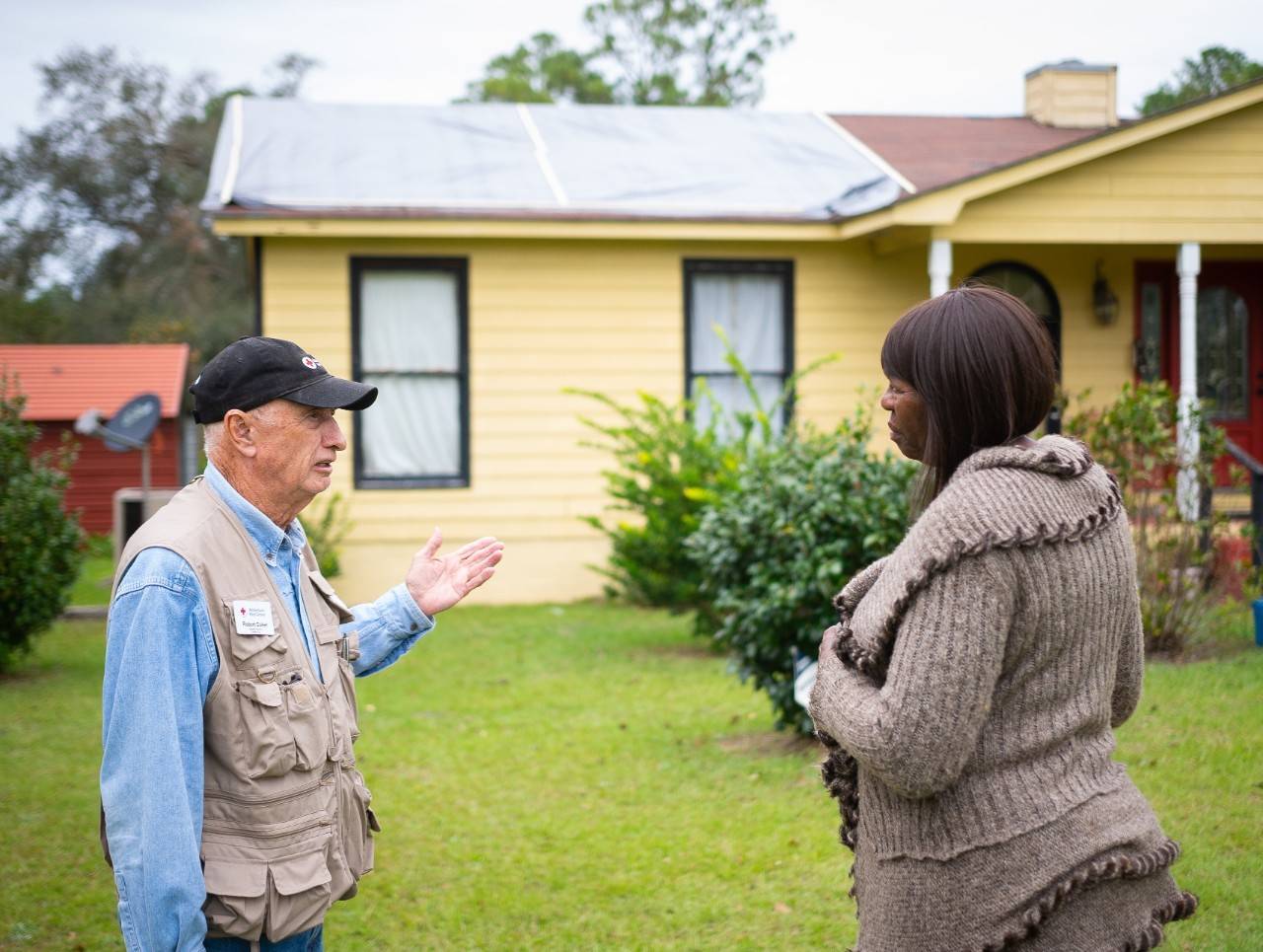 Doretha Dandy has suffered great loss in her life.  Three sisters died in the past year.  Before that, in previous years, she lost her husband, a daughter, and a son.  They were all gone.

Then, on top of all that, Hurricane Michael arrived.  The night the storm shook her home in Sylvester, in South Georgia, she, her daughter and her three grandchildren just held tight to each other.

“It was horrible,” she said.  “It was scary.  The wind was so strong.  It sounded like a freight train. Then it died down and it came through again.”

Her grandchildren were screaming.  They thought the house would blow down.  It didn’t – but Michael punched holes in her roof, damaged her well, and for two days the family lived without water and electricity before moving into a Red Cross shelter in nearby Albany.

Ten days later, they were still stuck in a shelter.  That’s when Bob Coker entered the picture.

Coker, casework lead for Georgia and a leader of the Red Cross response, was called in to help Dandy get unstuck.  “You have to listen and understand, and recognize that they’re in trauma so they don’t know what to do,” he said.  Hearing her story, he knew Dandy was still dealing with her previous losses.

“Our job is to give them ideas, and have them develop their own plan, to try to put one foot in front of another.  So I said, first let’s protect your house from more damage.  And she should also call a well company and a plumber.”

Sometimes simple steps can get things started – like helping to get a tarp over the damaged roof.  That way the family could move back home.

And home is where Coker found her, exactly two weeks after Michael blew through, when he came by to check on her and the tarp on her roof.

“I thank the Lord for the Red Cross,” she said.  Then she told Coker,  “and I really thank you for what you’re doing.  I have been through a lot.”

Coker responded, “At least we got you started.  We gave you a road map.”

After he left, she continued to talk about others in the Red Cross who had helped her, and hugged her.  “You’ve got some sweet people. I feel they’re really concerned about you – from the heart. That hug just made me feel so loved.”