Celebrating a Life Saved…and then Saving Another! 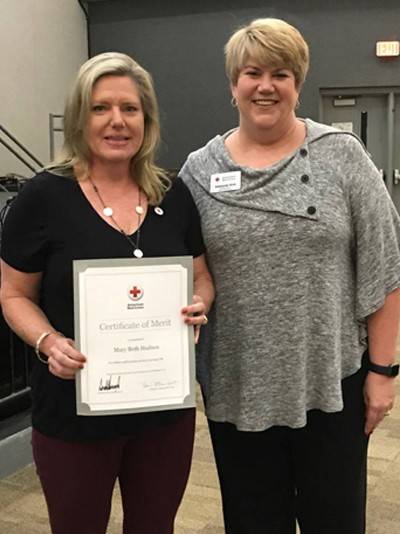 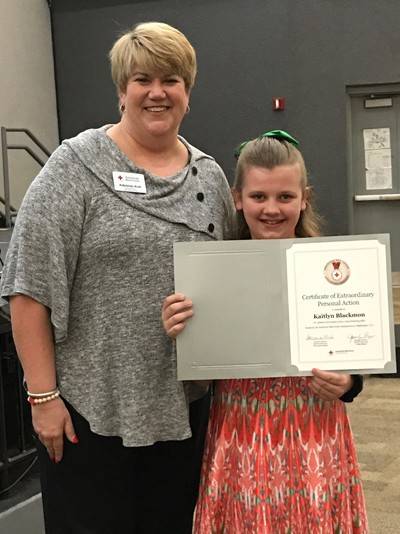 Emergencies. They can happen at any time—in the grocery store parking lot, at a family wedding, or on a hot day at the community pool. However, regardless of when and where they occur, the scenes of emergency situations usually have one thing in common: a crowd of people standing around, staring at a victim—wondering who should act and trying to remember what to do.

In my five years with the American Red Cross, I’ve learned that it takes a brave sole, a true hero, to step in and help a stranger during their greatest time of need. I’ve also learned that Red Cross skills are often called upon during these precious moments, the moments when another’s life is at stake.

Mary Beth Hudson, a bus driver with Harris County had just left Mulberry Creek Elementary. Her bus was loaded with children and together, they were all headed home.

That’s when Kaitlyn Blackmon, a fourth grader, yelled out for help and notified Miss Hudson that one of the kids on the bus was choking and couldn’t breathe!

Mary Beth safely pulled over and stopped the bus. Then, she got to the choking victim and started to use the skills she had learned in a Red Cross Training Services course to remove the object that had been obstructing the airway. Within moments, the child could breathe normally, again.

On April 24, 2019, at the Harris County Schools Transportation meeting, I presented the Certificate of Merit to Mary Beth Hudson. It is the highest honor the Red Cross awards and it goes to an individual who uses Red Cross training to save or sustain a life. It is signed by the sitting President of the United States and it symbolizes the highest degree of concern one human being can have for another.

I also presented a Certificate of Extraordinary Action to Kaitlyn Blackmon—a Red Cross life-saving award reserved for those who help to save or sustain a life--but are not currently (yet) Red Cross trained.

It was a wonderful ceremony, complete with a dramatic account of what happened on the school bus that October afternoon—but it was not the most exciting part of the day for the 75 of us in attendance! Less than one minute after we presented the award and took pictures, a person in the audience fainted – and fell to the floor. Instantly, another bus driver, who had been a member of the audience during the presentation, began rendering assistance. As the resident Red Cross expert in the room, I made my way close to see if I could do anything to help—but everything was under control. In fact, the more I watched and the closer I listened, I realized the man providing assistance was going through the Red Cross recommendations on how to administer First Aid—as if he were following a text book. He was 100% on-point! Another witness had gone ahead and called 911 (per our hero of the day’s request) and when the paramedics arrived, the victim was sitting upright and doing much better.

I am very pleased to say though, that on this occasion, there was no standing around, looking at each other, wondering who was going to step-up and lend a hand.  Proper steps were taken right from the start. It was refreshing to see this and it gave me a sense of renewed hope in the power of kindness and the importance of learning and keeping current with your Red Cross First Aid and CPR.