DeAndré GodBoalt: Not Your Everyday Hero 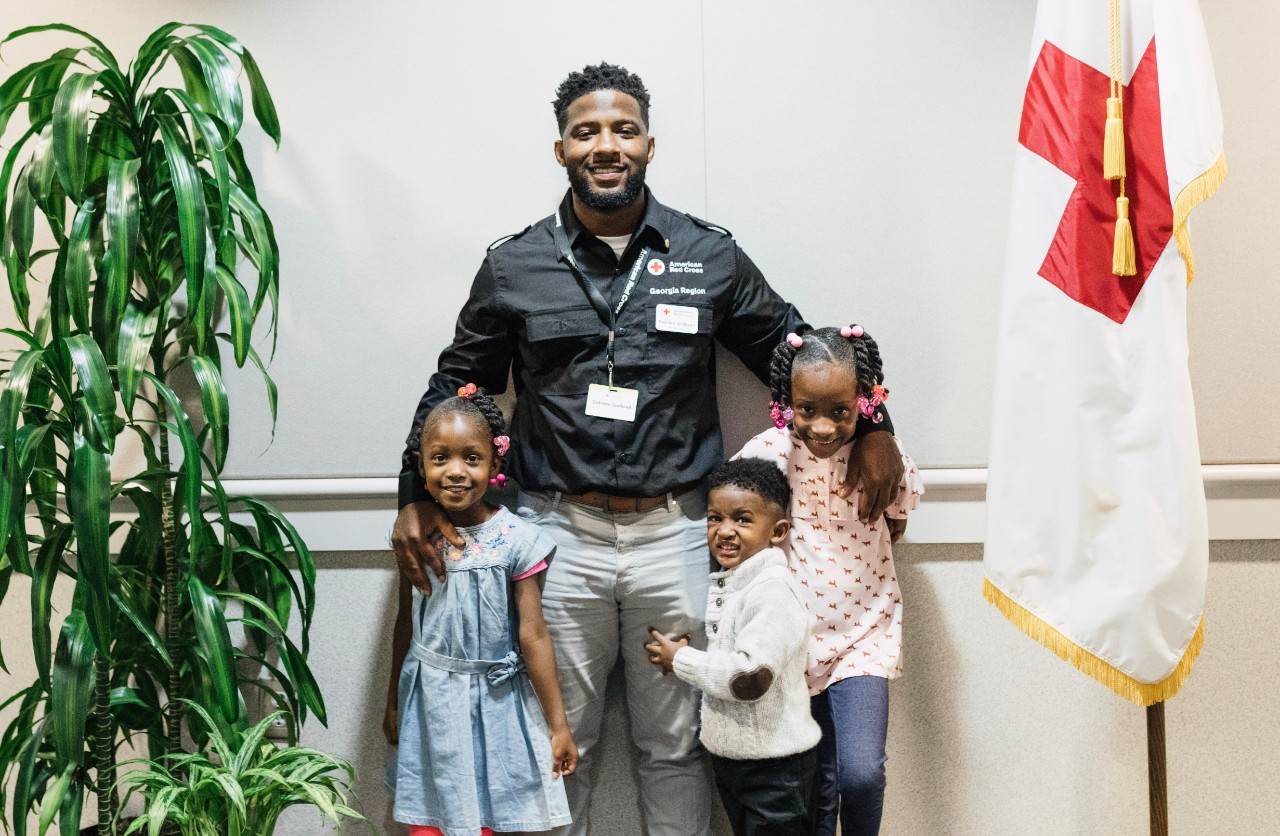 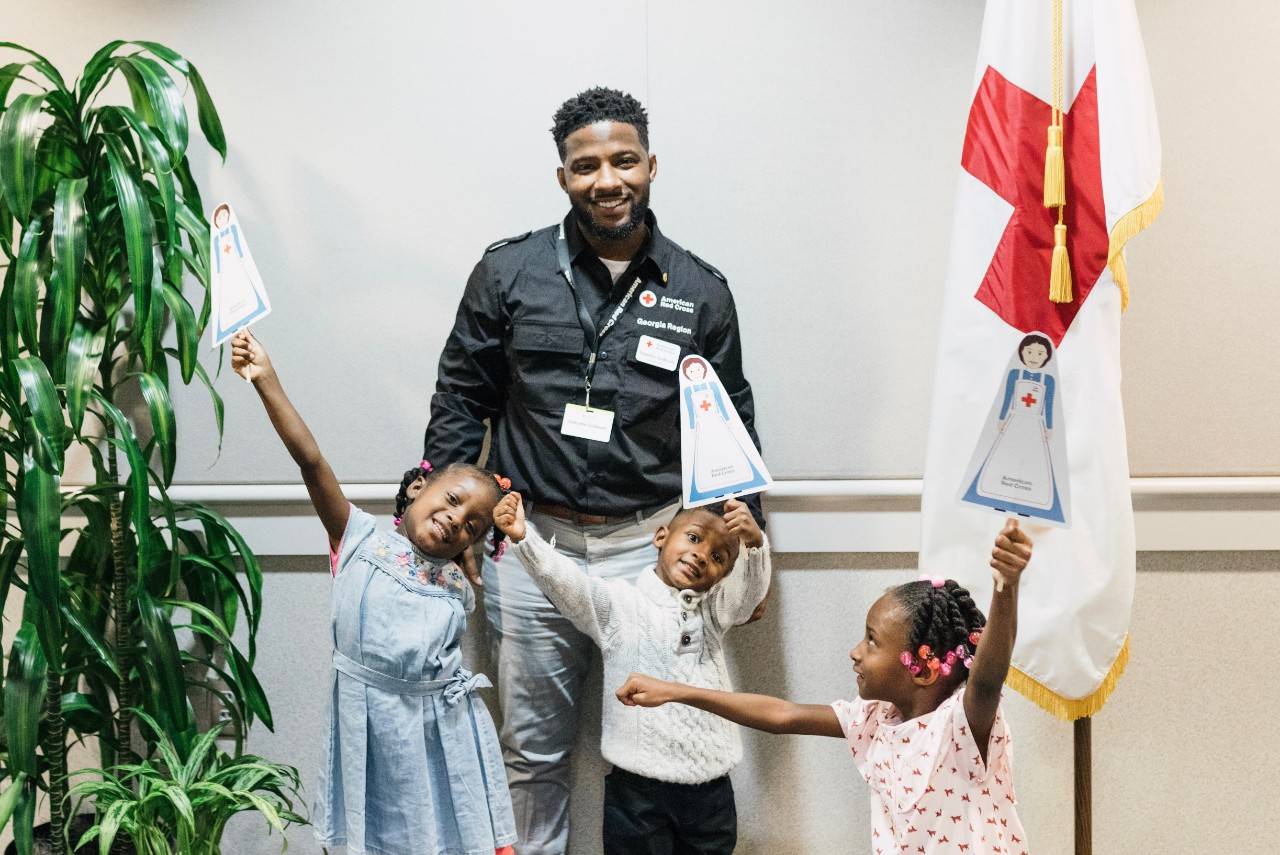 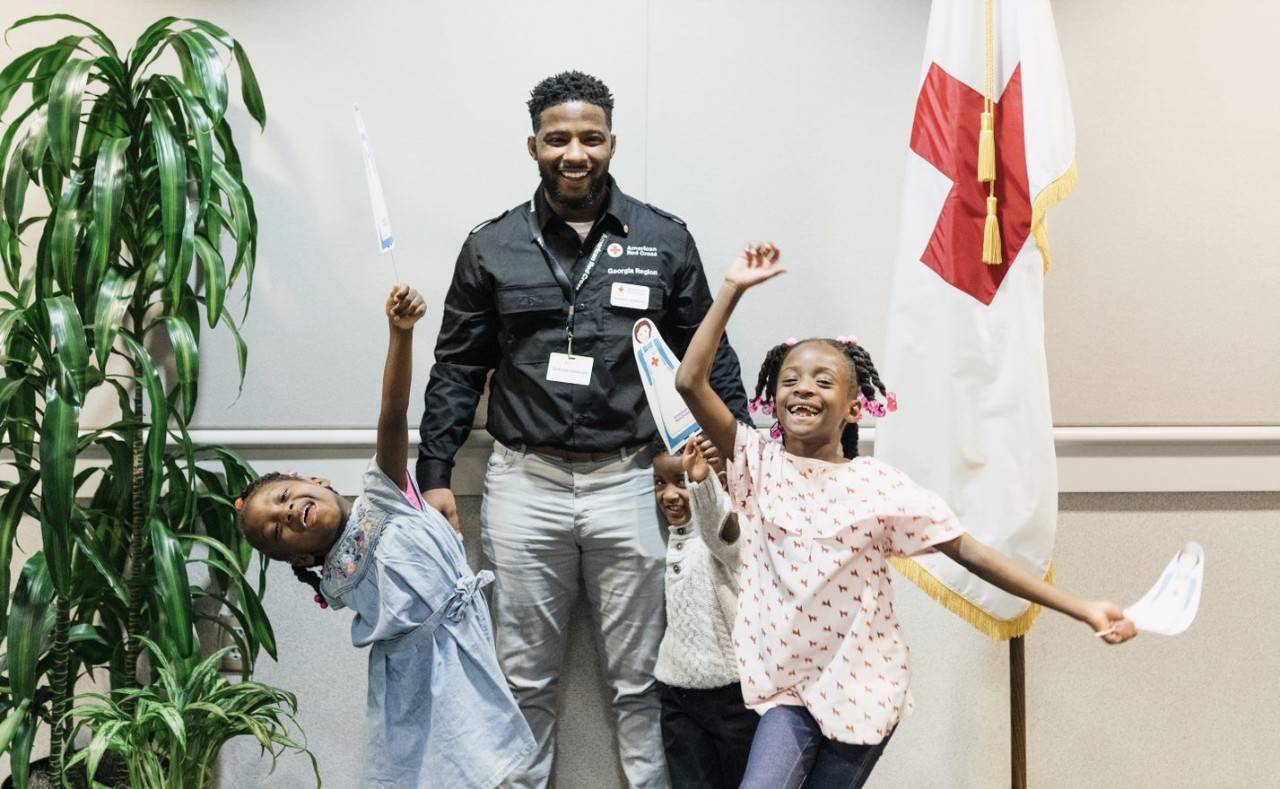 Army Military Police Officer and Red Cross volunteer, DeAndré Godboalt, was first touched by the mission of the American Red Cross in 2002, at age eleven—only days after he saved his mom and three sisters from an electrical fire that destroyed their North Philadelphia apartment.

It was after midnight and DeAndré was in his bedroom, on the phone with his girlfriend. Of course, at eleven, he wasn’t supposed to be up so late in the evening—but breaking the house rules and making that call may have saved his and his family’s life.

A bulky house-phone still to his ear, DeAndré started to drift off to sleep. That’s when he heard a loud BANG! The noise came from the kitchen and when he arrived to investigate, the flames and smoke had nearly taken over the room. He immediately feared for the safety of his mom and sisters, who were asleep in an adjacent room, a room partially blocked by flames.  Just a hair over four-feet tall at the time, young DeAndré sprang into action— running past thick smoke and bright orange flames, kicking in the door to his mom’s bedroom and dragging, pulling, pleading to get his two-year-old sister and four-year-old sister down a flight of stairs and out of the building. His third sister awoke from the commotion and made her way out of the house, too. His mom was the last to get out.

“I think she was in shock, because of the smoke and the flames. But when you get that kind of adrenaline going, you just don’t know how strong you are,” DeAndré said.

DeAndré got his mom up and helped her down the stairs to safety.

Fortunately, everyone got out of the apartment, alive. Unfortunately, the entire apartment building burnt to the ground.

If was February, it was Philadelphia, it was cold—and the family had nowhere to stay. DeAndré, his mom and one of his sisters (his other two sisters moved in, temporarily, with their dad) were forced to live with a neighbor—until the Red Cross stepped in with emotional support and emergency assistance.

“I remember it so clearly, DeAndré said, “It came in an envelope, this little grey card, and we were able to get food and replace some of the clothes that had burned to ashes.”

The replacement clothing included DeAndré’s school uniform—which was required for him to continue a highly-select, advanced academic program at his school.

“My mom was able to get me a new school uniform with those funds from the Red Cross and things started to get better. It took some time, but eventually we moved to a new apartment.”

Flash forward ten years to 2012, when DeAndré began his service with the U.S. Military. First stop: Army Basic Training, Fort Leonard Wood, Missouri. There, his life was touched by the Red Cross for a second time. Shortly after his training began, he received an official emergency communication from the Red Cross: his wife was experiencing major complications during the first trimester of her pregnancy. DeAndré rushed home to be with his family during a, potentially, very turbulent time.

“That’s my second little girl, Sanai. She’s five now, so everything worked out okay. I was just thankful to be there during a scary situation.”

Two years into his service with the U.S. Army, DeAndré found himself stationed overseas, in Korea—more than 7,000 miles away from his wife and (now) three young children.

“I was away from home and my wife was stressed out and suffering from extreme depression. She needed help. I immediately called the Red Cross. I knew the process and I knew they could help.”

Today, his wife is doing much better and his children Samia, Sanai and Damari are seven, five and four years old—and DeAndré is paying it forward. In November 2018, he joined the Red Cross as a volunteer Service to the Armed Forces and Veterans Specialist, managing Red Cross operations on two military bases in Georgia (Moody Airforce Base, near Valdosta and the Marine Corps Logistics Base, in Albany) and assisting service members and their families with emergency communications, as needed.

“DeAndré came to us through the U.S. Army Career Skills program,” said Ebony Bradley, Director of Services to the Armed Forces and Veterans for the Red Cross of Georgia. “His desire to help others in need is incredible and we are grateful to have him as part of our volunteer team.”

DeAndré’s time of service with the Army ends in May 2019—and he is looking forward to applying skills learned as a Red Cross volunteer to a career in Emergency Management.

“It feels great to give back to other service members because I believe in the Red Cross mission—and I’ve seen first-hand, too many times, all the good that mission can do!”

Last year, thanks to volunteers like DeAndré, the Red Cross of Georgia provided more than 25,480 emergency communications between service members and their families. This March, as we celebrate the extraordinary heroes, the volunteers who are responsible for more than 90 percent of our Red Cross efforts, we ask for your support. On March 27th, please join us to #help1family at: http://www.redcross.org/givingday .