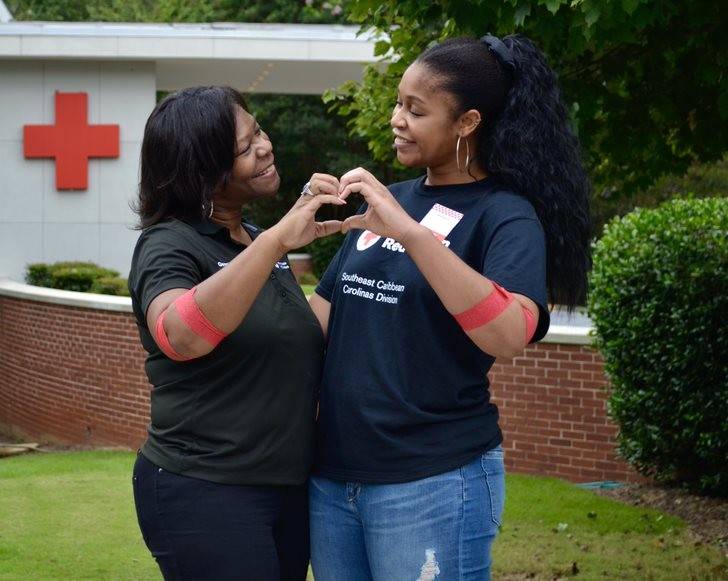 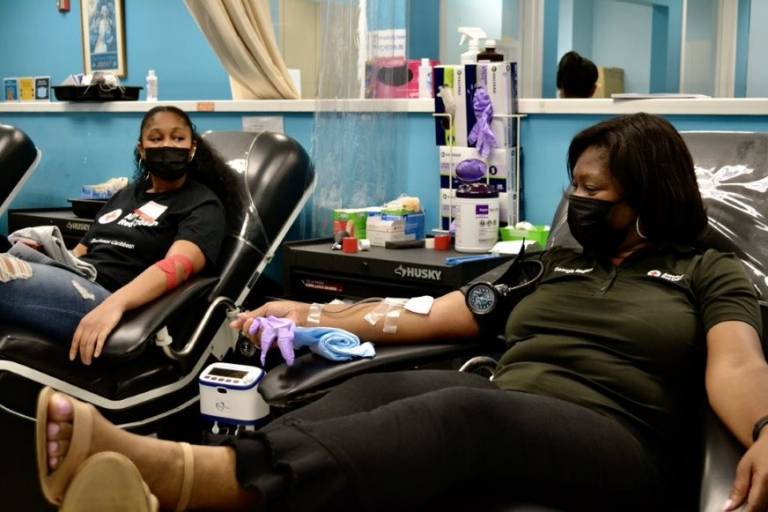 The Center for Disease Control estimates that about 3 million Americans carry the sickle cell trait and may be unaware of their status as testing at birth for the gene was not widely performed until 2006. For the newly appointed CEO of the American Red Cross of Georgia, Deirdre “Dee” Dixon, it was a health screening performed at age 10 that tipped her and grandparents off that she – like 1 in 13 Black and African American children born in the U.S. – carried the sickle cell trait.

“I was in middle school, and there was a team onsite conducting screenings. Whatever they screened, I had to go to the health department for further testing, and that is when it was confirmed I carried the sickle cell trait,” she said.

While Dee and her immediate family did not inherit sickle cell disease, she does have close relatives who have succumbed to complications from the disorder and is aware of how debilitating it can be.

“I have a cousin who passed away after dealing with difficulties stemming from sickle cell. She left behind a young son. Before passing away, she was in-and-out of the hospital and even received a hip replacement at a very young age. She was only 37 years old when she died,” she shared.

Like Dee’s cousin, those estimated 100,000 patients who live with sickle cell across the U.S. – the majority of whom are of African descent – are subject to extreme pain and life-threatening complications that derive from blood cells being unable to travel smoothly and carry oxygen to the rest of the body.

Blood transfusion is essential in managing sickle cell disease as it helps improve the mobility of blood cells through the body. Matching a patient to a donor of the same race or similar ethnicity is essential to prevent complications from transfusions.

For Dee and her daughter, Kyra, Sickle Cell Awareness Month, along with Dee’s new role as CEO to the Georgia Red Cross – a state with over 10% of the sickle cell population in the U.S. – and their
shared inherited sickle cell trait are reasons enough to make them advocates for the importance of a diverse blood supply.

And as national Daughter Appreciation Day approaches on Sept. 25, this mother-daughter duo decided to donate blood for their first time together.

For Kyra, a recent Stony Brook University graduate and aspiring physician, she says she looks forward to donating alongside her mom and sees this as an opportunity to fulfill her purpose of helping others in their time of need.

As for Dee, this will be her second attempt at donating blood and she’s excited to try again. Her first attempt was in high school but she was unable to do so because of her sickle cell trait.

“Now, my quest is bigger. My hope is that I can be an example and game-changer. I want people to know that donating matters. Diverse blood donors matter,” she said.

At a time when health information has never been more critical, the Red Cross is screening all blood, platelet, and plasma donations from self-identified African American donors for the sickle cell trait. This additional screening will provide Black donors with an additional health insight and help the Red Cross identify compatible blood types more quickly to help patients with sickle cell disease who require trait-negative blood.

To learn how you can donate blood, download the American Red Cross Blood Donor App, visit RedCrossBlood.org, call 1-800-RED CROSS (1-800-733-2767) or enable the Blood Donor Skill on any Alexa Echo device to make an appointment or for more information. 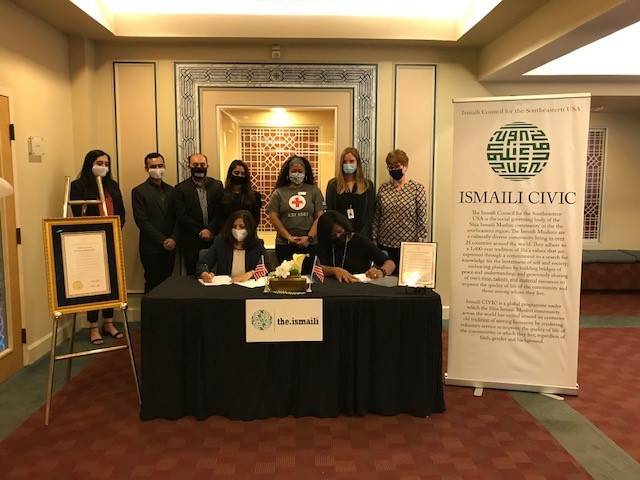 American Red Cross of Georgia and Ismaili Council for the Southeastern USA Sign Letter of Agreement
.type=article.p=1
View All
/content/redcross/en/local/georgia/about-us/news-and-events/news/georgia-red-cross-ceo-and-daughter-who-both-carry-sickle-cell-tr