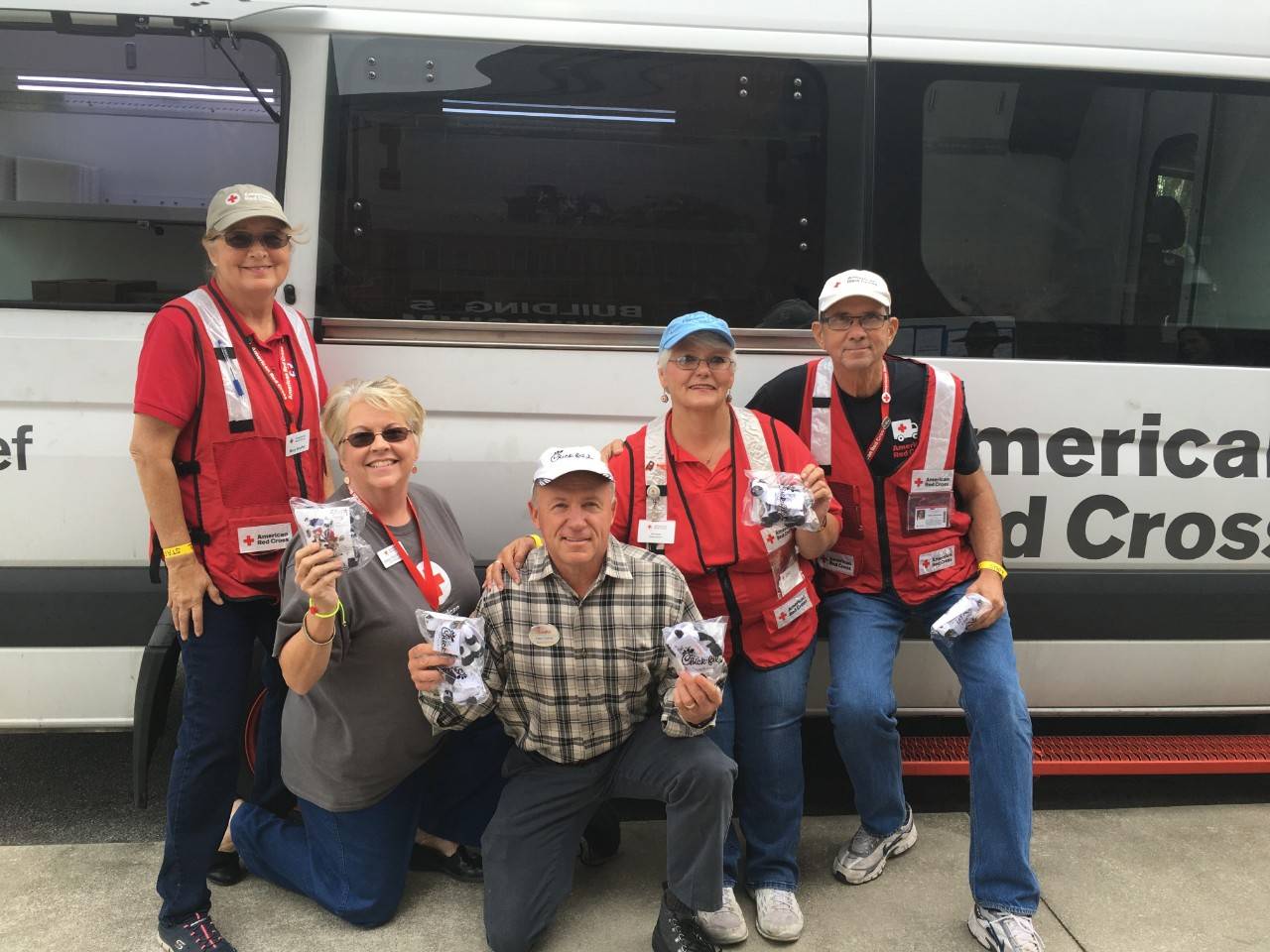 Zach Barron may be new to the Red Cross but, he is no stranger to helping people. In fact, he spent more than a year performing humanitarian work, assisting the homeless population in Ecuador, South America. However, when Zach recently deployed to Panama City, Florida - his very first deployment with the American Red Cross - it changed his life.

“I was shocked to see first-hand, how much of a need there was. These people haven’t just lost a home, or a car – they’ve lost their identity,” Zach said after returning to the Red Cross Georgia Region, where he has worked since July 2018 as a Donor Development Officer.

“This donation comes during a time a great need, after the strongest hurricane to hit the U.S. in nearly 50 years turned thousands of people’s lives completely upside down. We are just so grateful for the support,” Trefethen said.

Helping to deliver Chick-Fil-A sandwiches to people staying in the Breakfast Point Academy shelter, in Panama City gave Zach a unique perspective about how much a large-scale disaster, like a strong hurricane, can negatively impact lives.

“I even spoke with a volunteer who told me these are more than just sandwiches. She said they are a taste of what life used to be, a taste of hope—that everything will someday return to normal.”

He went on to state, “I know I will never take my life and my livelihood for granted, especially after seeing the heartbreak caused by this storm. I don’t know how anyone could.”

Zach is one of more than 3,000 disaster workers (nearly 90 percent volunteers) who deployed to help support Hurricane Michael relief efforts in three states. To date, the Red Cross has worked with partners to serve more than 1 million meals and snacks across Hurricane Michael impacted areas.