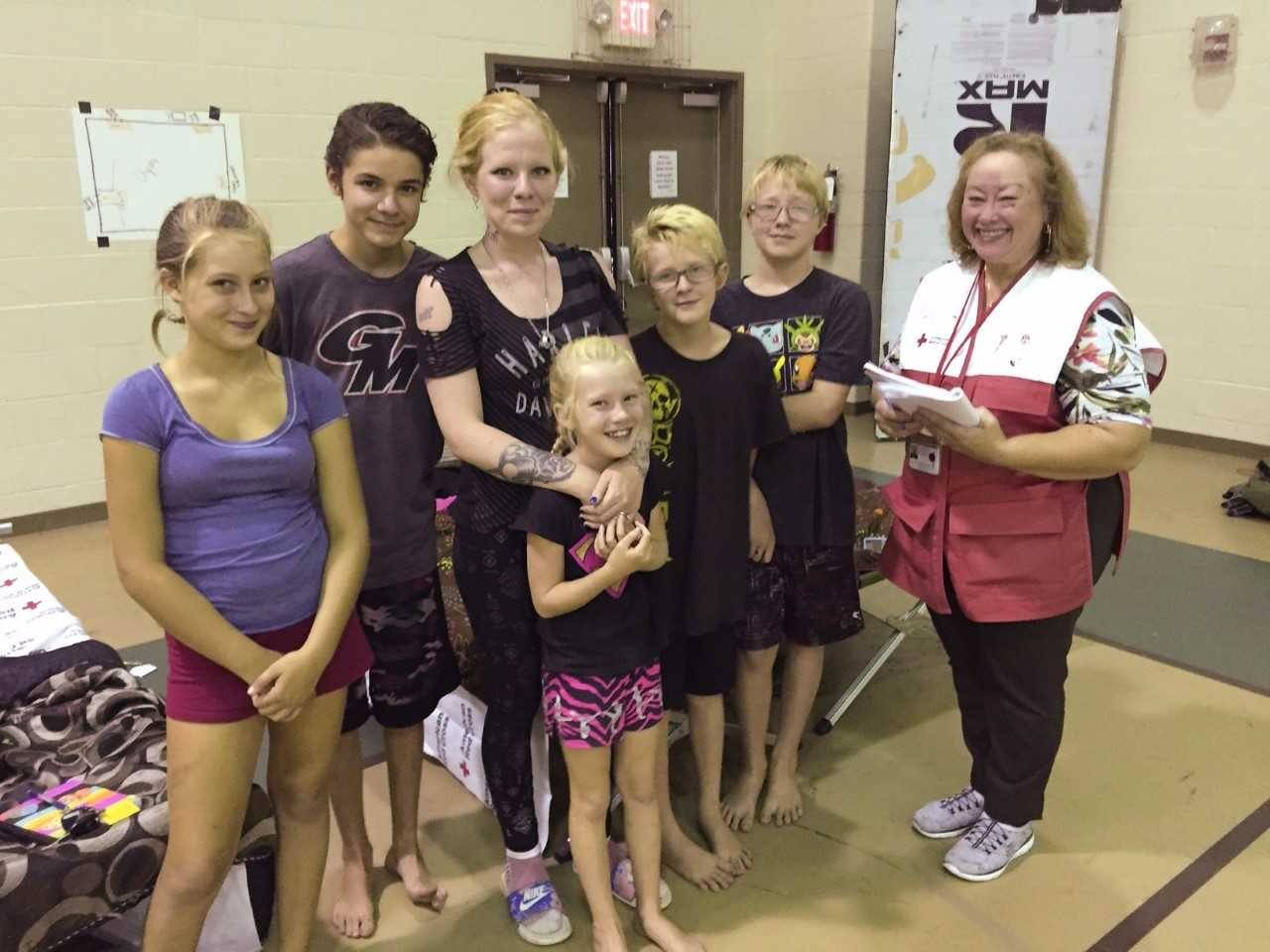 In early October 2018, the Summers Family packed up their life in Lancaster, Ohio and moved to Georgia—to make a fresh start. Lloyd Summers had landed a job near Thomasville, GA and the five children were set to begin school in their brand-new state. What they didn’t plan for was already looming in the Gulf of Mexico—a strong Category 4 hurricane.

“We are just happy to have our lives and each other,” said Trista Summers, after Hurricane Michael sliced through Southwest and Central Georgia. Trista and her family survived the third strongest hurricane to make landfall in U.S. history. But sadly, the only home they had ever known in Georgia, an RV, did not.

Thankfully, Red Cross disaster workers were able to step in to help.

After a tree toppled over during Hurricane Michael and all but crushed their RV, the New Covenant Church in Thomasville became the Summers’ new home. And, while government organizations began the process of assessing damage – the first step toward helping the Summers Family get back on their feet – the Red Cross ensured each family member had a safe place to stay, warm meals to eat, emergency comfort items and perhaps most importantly, the sturdy shoulders, kind hearts and patient ears of Red Cross volunteers.

One of these Red Cross disaster workers was South Georgia Disaster Program Manager, Jack Looney, who recently received a text from Trista on behalf of her entire family. It stated, “Thank you guys so much for everything. We are eternally grateful, and you’ll forever be in our hearts. To Jack: I’ve never had anyone help me like [you did]. I was in shock. You guys helped us above and beyond!

Within days of the storm passing through, the Summers children began attending school in Thomasville. But, their ability to stay enrolled, long-term, was up in the air—especially as almost two weeks after the storm a more permanent residence for the family of seven had yet to be secured.

That is until the Red Cross, FEMA and the Salvation Army teamed up to help. Now, with emergency assistance from the Red Cross, the Summers Family is out of the New Covenant Church shelter and in temporary lodging until additional funding comes through from FEMA to help cover the damage to their RV. Then, combined with resources provided by the Salvation Army, the Summers Family will be able to lease a home in Thomasville—and all five children will continue to attend their new schools, in Georgia.