Tales from Disaster Veterans During the Pandemic: Helping Tornado Survivors in a New World

Tales from Disaster Veterans During the Pandemic: Helping Tornado Survivors in a New World 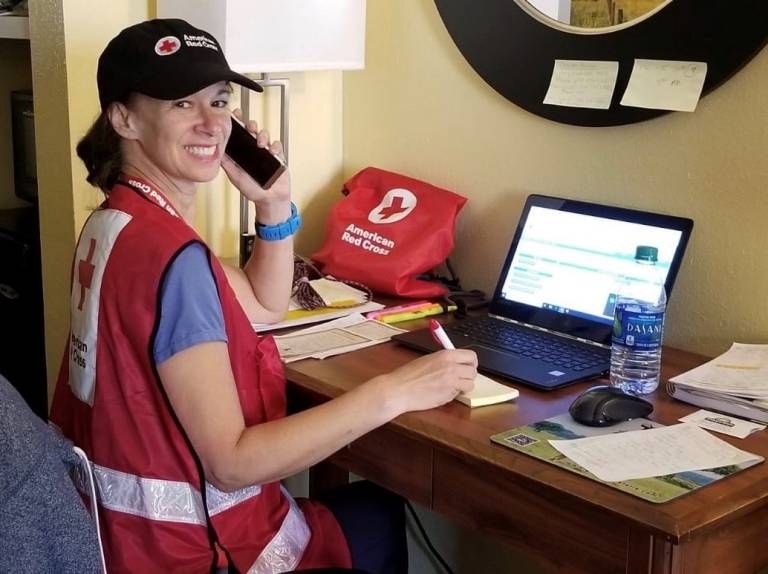 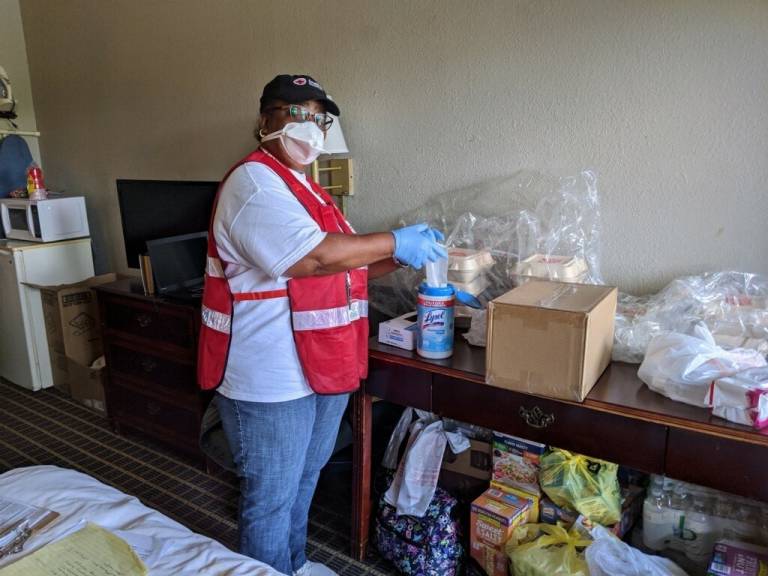 Betty Ford with breakfast and snack items in a motel room. 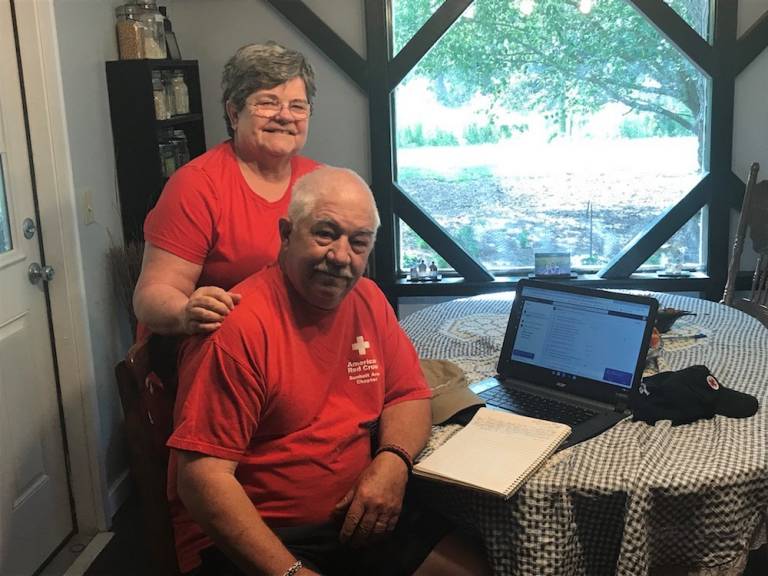 Connie and Mark Fleetwood in their home, where they’re ordering food for clients.

Over the last two weeks, the Georgia Red Cross handled its first major disaster during the pandemic.  Twenty-two tornadoes had swept the state, taking eight lives and leaving hundreds homeless.  Red Cross volunteers and staff used a new playbook.  Here are stories of how they got the job done.

Red Cross shelters are usually communal, Betty Ford pointed out.  There’s a “great big room” for sleeping, a dining room, and places for kids to play. COVID-19 has changed that, and way more.

Instead, families are sheltering in motel rooms – in their own space but feeling cramped. If an adult has a night job, it’s hard with the kids around to sleep during the day.  If you want privacy, go sit in the car.  Meals
are delivered to their doors by an emergency partner, the Salvation Army – except Red Cross shelter staff at the motel do breakfast, putting enough fruit, cereal, and the like for the whole family in sacks and leaving it at the door.  No more shared snack tables – they’re in sacks too.

Even some of the Red Cross forms are new - the ones related to the virus.  There’s social distancing. “We’re wearing our masks and our gloves and we have wipes and hand sanitizer,” said Ford, a retired mental health worker from Rome.

And rather than the large Red Cross crew required for a traditional shelter, the staff is Ford and fellow volunteer Vivian McWilliams. They have far fewer people to take care of – up to 36 at the Express Inn in Trion, in northwest Georgia. Hotel sheltering is going on all over the state at 25 motels housing more than 180 disaster survivors supported by volunteers.

But they’re making it through.  And what hasn’t changed is why Ford volunteers.  “I’m here because I wanted to make a difference in their lives and let them know that I’m here because they’re here,” she said.

“We’re in it together.  It doesn’t matter - a disaster is a disaster.”

The Caseworker:  “I’ve been doing a lot of Googling”

Suzanne Wood has had to be especially creative in finding help.

As a caseworker from Johns Creek, one of many across the state, she was trying to put lives back together for 24 families and individuals.  Three families were in the Days Inn in northwest Georgia where she was doing double duty, providing their meals along with volunteer Gaby Fadel.

Many of the non-profits Red Cross caseworkers normally turn to for help assisting clients are either closed, or donations to them have fallen.  That means everything from furniture to household items to clothing to baby items is harder to get.

Ironically, one source of help has emerged from the pandemic.  “Because of the coronavirus, many counties and government agencies have special resources for people,” she said.

One thing is the same – the “true gratefulness” people have. One client in a motel received emergency financial help and said she would use the money for meals, which the Red Cross was already providing.

“I told her, you don’t have to do that, you need money for clothes and other things,” Wood said.  “She just started crying.  I asked her why, and they were tears of joy.”

The Meal Providers: “The disadvantage is that I can’t hug them.”

Whoever knew that feeding people sheltered by the Red Cross after a disaster would involve calling restaurants for takeout in 10 different towns at 10 motels?

That’s what Mark and Connie Fleetwood, long-time volunteers, were doing after the tornadoes.  Normally they might be driving an Emergency Response Vehicle through battered neighborhoods, handing out 500 meals a day.

Now their ERV is their home in Moultrie.

It’s also one of a smorgasbord (pun intended) of ways the Georgia Red Cross found to feed people. With tornadoes all over the state, survivors were all over too.  Where larger numbers were staying, community partners were helping.

But in many cases, a single-family might be in a motel near their destroyed home.  That’s where the Fleetwoods came in.

“We’ve made a lot of phone calls to a lot of restaurants,” said Mark, a retired insurance agent.

For each family, each day, it was a new meal order, from a different place, if possible. Families usually pick up, or the restaurant delivers.

At this writing, more than 100 Red Cross volunteers like these have helped more than 700 people across Georgia after the tornadoes with a safe place to stay, warm meals, emergency supplies, and a path to a new life.  If you’d like to help them or make a donation to further their work, go to www.redcross.org or call 1-800-REDCROSS.

COVID-19 News: See the Latest on Travel during the Pandemic
.type=article.p=1
View All
/content/redcross/en/local/georgia/about-us/news-and-events/news/tales-from-disaster-veterans-during-the-pandemic---helping-torna