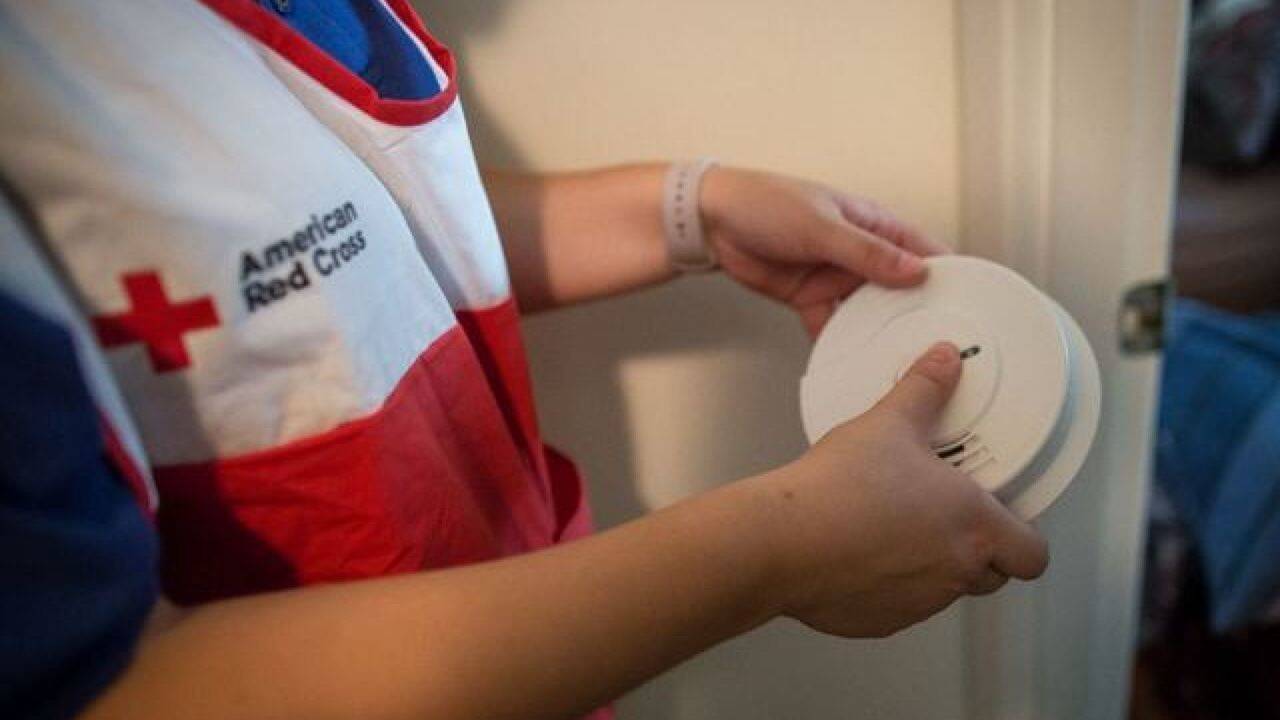 ATLANTA, GA – April 29, 2022 — The American Red Cross of Georgia is looking to Sound The Alarm on fire safety!

This year, a few hundred volunteers and staff will work to educate residents on how to stay safe from fire and install 1,625 alarms across the state.

Since 2014, the American Red Cross has worked in unison with volunteers and fire departments across the state to make sure Georgians are ready to respond to a fire if one should happen in their home. Going door to door, the goal is to educate residents on what to do if there is a fire, install smoke alarms as needed, ensure all warning systems are working, and help residents develop an effective plan in case of an emergency.

This year’s Sound the Alarm campaign in Georgia is kicking off on Saturday, April 30 in DeKalb County as part of a national Red Cross initiative to install 50,000 free smoke alarms with partners in more than 50 at-risk communities across the country.

Additional installation and education, events in Georgia will take place on:

For more information on volunteering, locations and times, visit www.soundthealarm.org.

Every day, seven people die as a result of home fires, and every year home fires kill more people than all other disasters combined. Data has shown that one of the most effective ways to combat these statistics is with a working smoke alarm; in fact, smoke alarms cut the risk of death from a fire in half.

Nationally, since the Sound The Alarm campaign began, 1,243 people have been saved as a result of participating in this program, of which 31 percent are children. And locally, so far this year in Georgia, more than 200 lives have been saved.

Among them, this past January, Carlyn Floyd of Columbus, who lost her duplex home to a fire, but was able to escape with her dog, LaLa, thanks to some recently installed smoke alarms, that were donated by the Red Cross, just three months earlier. “The Red Cross helped me and gave me resources and they’re still helping me,” said Floyd. “This whole ordeal has not been pretty but it could have been a whole lot worse.”

Last year, the American Red Cross of Georgia responded to 2,689 single and multi-family home fires across the state. Additionally, 4,406 families were assisted as a result of those disasters, with most of those responses, 2,046, happening in Atlanta.

This work is made possible thanks to generous financial donations from the community, including 2022 Georgia Sound the Alarm Campaign sponsors Georgia Power, Northside Hospital, Novelis, and Veritiv.

The American Red Cross shelters, feeds, and provides comfort to victims of disasters; supplies about 40% of the nation's blood; teaches skills that save lives; distributes international humanitarian aid; and supports veterans, military members, and their families. The Red Cross is a nonprofit organization that depends on volunteers and the generosity of the American public to deliver its mission. For more information, please visit redcross.org or CruzRojaAmericana.org, or visit us on Twitter at @RedCross.