Home
Local
Massachusetts
About Us 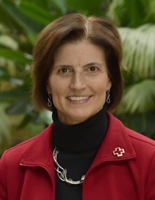 Holly Grant serves as the Chief Executive Officer of the American Red Cross of Massachusetts. She leads a team of 70 employees and more than 2,200 active volunteers who carry out the humanitarian mission of assisting those affected by disaster; supporting active-duty military, their families and veterans through times of crisis; reconnecting families domestically and overseas; and providing a range of food and nutrition services at one of New England’s largest food pantries. Holly brings thirty years’ experience in nonprofit leadership, business operations, policy and development. She can be reached at: Holly.Grant@redcross.org. 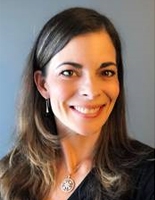 Julie Unwin directs, administers, and coordinates the Massachusetts region’s business and operational activities. She also supervises the regional administrative staff and community service programs. Julie has more than twenty years’ experience in operations and financial management. Julie received her Master’s degree in business from the University of Connecticut. In her free time, Julie enjoys going to the beach, playing golf, riding her Harley and taking care of her dogs. She can be reached at Julie.Unwin@redcross.org. 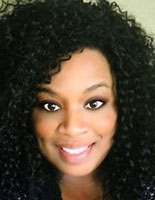 Nia Rennix brings more than 10 years of experience in the nonprofit industry to her role as Executive Director of the Central-Western Massachusetts chapter of the American Red Cross. Before joining the Red Cross, she served as the Director of the Emergency Pantry and Food Programs at Open Pantry Community Services in Springfield. Nia brings extensive experience building partnerships, creating teams, fundraising, and managing operations.  She has worked in the food insecurity space for many years focused on food insecurity and public health as they relate to economic and social development. 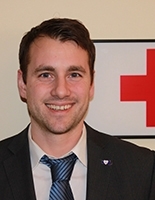 Tim Pitoniak is the Regional Disaster Program Officer for the Massachusetts Region. Tim has been with the Red Cross since 2005. He began his Red Cross career in New York City working as the Workforce Engagement lead during Hurricane Sandy. Tim has been deployed all over the country, most recently Tim was the Assistant Director of Logistic in Puerto Rico response to 2017 Hurricane Maria and the Deputy Director in the 2018 California Camp Fires. He can be reached at Timothy.Pitoniak@redcross.org. 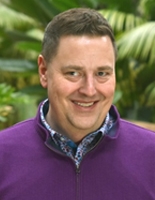 As Chief Development Officer, Michael directs a team of fundraising professionals who secure contributed revenue and forge enduring partnerships with donors throughout the Commonwealth. Michael began his Red Cross career in his hometown of Chicago, later serving the Red Cross in Washington DC and New York City. Legally blind since birth, Michael co-founded and serves as national co-sponsor of the American Red Cross Ability Network, a resource group for Red Cross staff and volunteers with disabilities. He can be reached at Michael.Wojcik@redcross.org. 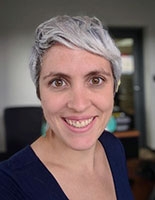 As the Regional Director of Services to the Armed Forces and International Services for Massachusetts, Christine leads a group of dedicated volunteers and staff to serve the needs of our military, their families and our veterans.

Christine comes to the Red Cross with extensive experience in leading program operations, providing mental health services, conducting research, supporting community outreach and collaborating across agencies. She has a Bachelor’s degree from Cornell University in Human Development, her Master’s in Psychology from Brandeis University, and is finishing a Nonprofit Management & Leadership certificate from Boston University's Questrom School of Business. 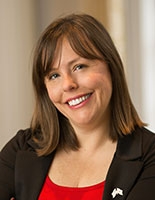 Starting with babysitting courses at age 12, followed by lifeguarding classes, then CPR trainings and regular blood donations into adulthood, the Red Cross has long been a part of Kelly Isenor’s life.

Since joining the Red Cross as communications manager in 2017, Kelly has led media relations and communications for both the legacy Massachusetts and legacy Connecticut/Rhode Island blood services regions. Her biggest successes including developing and nurturing relationships with major media outlets in Boston, Hartford, Providence, Worcester and Springfield and producing large-scale media events including the 9/11 Day of Remembrance blood drive at Fenway Park and the NBC Connecticut/Hartford Yard Goats blood drive, the largest single-day blood drive in Connecticut. For the last two years, Kelly has represented the East Division on the national Missing Types communications workgroup.

Prior to joining the Red Cross, Kelly worked as a news producer for CBS Boston and contributed to the station’s prestigious George Foster Peabody award for coverage of the 2013 Boston Marathon bombings and 2012 DuPont Award for coverage of the Sandy Hook tragedy. Kelly was proud to be selected as a Fellow for RTDNA’s journalist exchange program with RIAS Berlin. 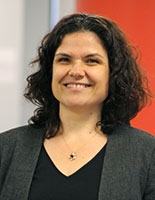 As the Regional Volunteer Service Officer, Raven Camara is responsible for recruitment, engagement, development and support of more than 3,000 Red Cross adult and youth volunteers across Massachusetts.

Raven joined the Red Cross in 2014 and has grown steadily to a leadership position in the Volunteer Services realm. Raven played a key role in two national recruitment pilot programs which tested new models of collaboration between Humanitarian Services and Biomedical Services as part of the One Red Cross initiative. Raven led creative problem solving, while fostering open dialogue and inclusivity, to ensure successful collaboration.

Prior to coming to the Red Cross, Raven has engaged in a wide range of projects, including writing a blog about living and parenting in Niger, translating for an international non-profit, and teaching French and English to children and adults while living overseas in Niger and Switzerland between 2009 and 2014.

Raven served as a Peace Corps volunteer in Mali from 1999-2001, where she put her degree in French Language and Francophone Cultures to use. There she found that her skills lay more in strategic planning and community organizing than in farming, so she focused her energy in those areas. When she returned to her native Oregon, she began her professional career working at Oregon Food Bank to combat food insecurity, where she worked as a program coordinator before returning overseas to Niger.

In her free time, Raven enjoys running, reading, and swimming (not too close to sharks) on Cape Cod.