Diagnosis that changed everything

The Diagnosis That Changed Everything 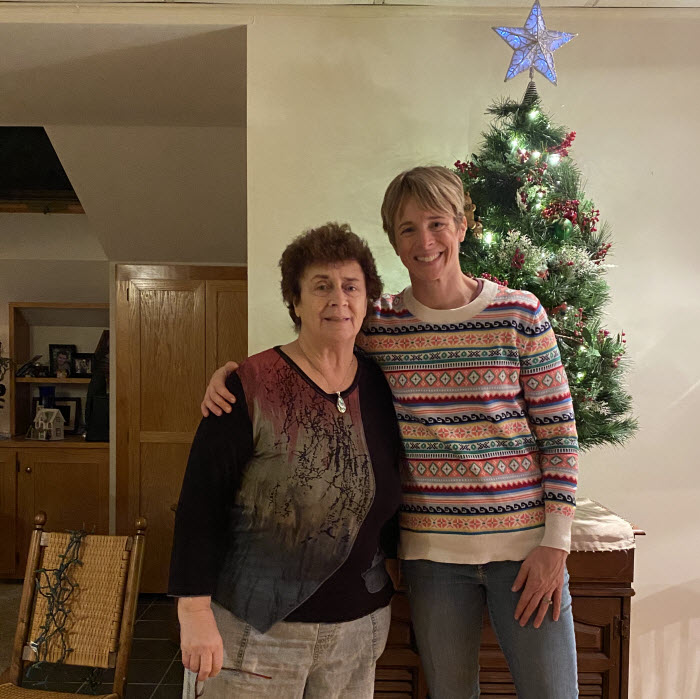 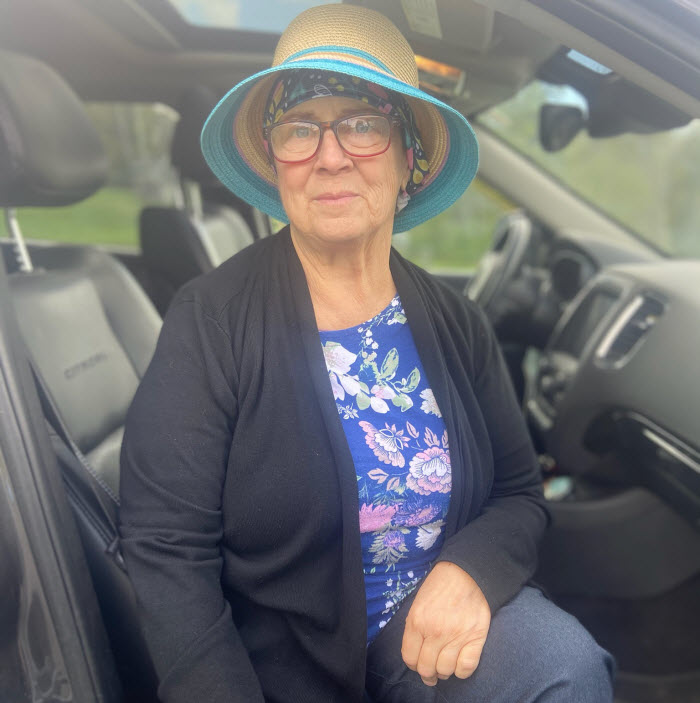 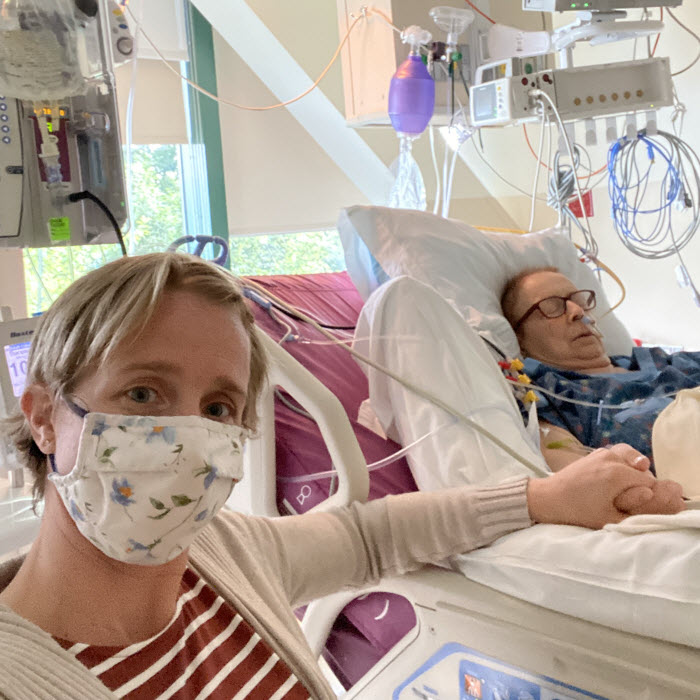 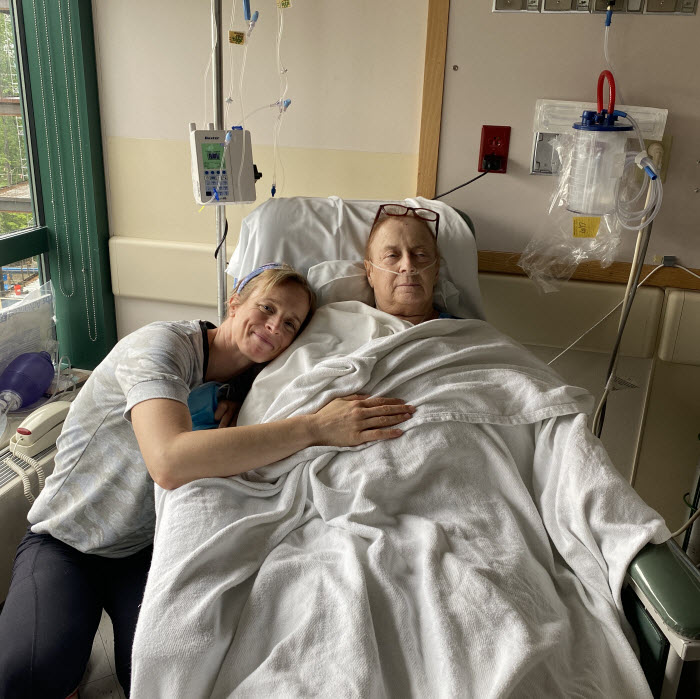 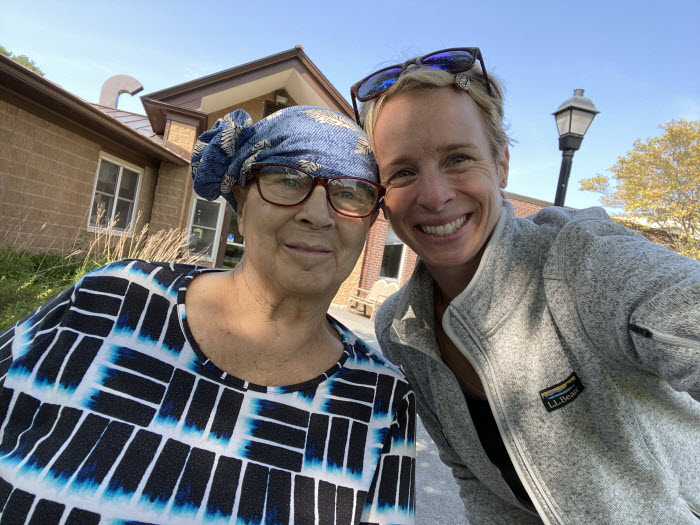 “Sometimes there’s nothing more timely than when you are going through a tragedy to motivate you.”

Over the years, Erin Buck thought frequently about giving blood. But for one reason or another, she never acted on that desire until the need hit very close to home.

“My mom would not be alive if people weren’t donating blood,” she says.

In November of 2020, Erin’s mom, Barbara Sykes, was diagnosed with uterine carcinosarcoma. Barbara’s oncology team mapped out a treatment plan – a hysterectomy followed by chemotherapy. It all seemed fairly straight-forward.

“What we thought was going to save my mom’s life, has ended up being the reverse,” says Erin, a health and fitness director from Vermont.

During treatment Barbara became septic. Her body’s toxic overreaction to an infection triggered a series of cascading complications, which meant long hospital stays – and more blood transfusions. By her fourth treatment, the 76-year-old had an abnormally low white blood cell count and developed an ulcer. Barbara needed emergency surgery and spent 12 days in the intensive care unit. She recovered only to develop a urinary tract infection that resulted in yet another septic response. This time, Barbara developed pancreatitis, her lungs filled with fluid, she went into respiratory failure and was placed on a ventilator.

“We thought my mom was not going to survive that experience. We don’t know how she did it,” Erin marvels.

For cancer patients, like Erin’s mom, the need for blood is critical. Barbara’s hemoglobin has consistently dropped below what is considered normal, even for a cancer patient. Since hemoglobin is what carries oxygen from the lungs to the body’s tissues, low levels cause fatigue, breathing troubles, weakness and feeling chronicling cold.

“There comes a point that no matter what you do, you can’t actually comfort somebody,” says Erin. “We could put as many hats on her as possible. We could wrap her in as many electric blankets, but it still wouldn’t curb that feeling.”

For Erin, it was gut-wrenching to see her mom endure such agony. In the last year, Barbara has received more than a dozen blood transfusions. Each time the nurse would arrive with the “magical red bag,” Erin knew relief was on the way – and would watch her mom’s transformation in awe.

“It was just a general ability to live life fuller even on her worst days, interacting with her family as opposed to feeling alone during that process. Physically, she didn’t have to be under four blankets.”

Erin was so moved by the power of blood donation that she not only became a blood donor but committed to hosting blood drives in her community as well.

“I really feel like it’s a responsibility. I think I felt that way before, but now, given how much I saw my mom go through, and how I was relying on other people’s time and goodness to do such a wonderful act, it didn’t really propel me until now,” she says.

Erin’s first of four drives is scheduled for October 29th at the aquatic center where she works. In Vermont, 560 different volunteer donors are needed each week for the Red Cross to keep up with hospital demand. Erin’s goal is to recruit first-time donors. That’s because every two seconds someone in this country needs blood, yet only three percent of the population donates. Erin wants to be a part of ensuring more people – like her mom – have the blood they need to celebrate another birthday, enjoy another holiday and savor another grandchild’s hug.

“We never thought we would have need for transfusions,” she concludes, “The silver lining is my mom may be with us for a year; she may end up being with us for three more years. It’s a short amount of time, but as a family, we are very grateful for everyday she’s here.”

Going All In
David Ullman
.type=article.p=1
View All
/content/redcross/en/local/me-nh-vt/about-us/news-and-events/news/diagnosis-that-changed-everything