He was helped and now wants to help others

His family was helped, now he wants to help others 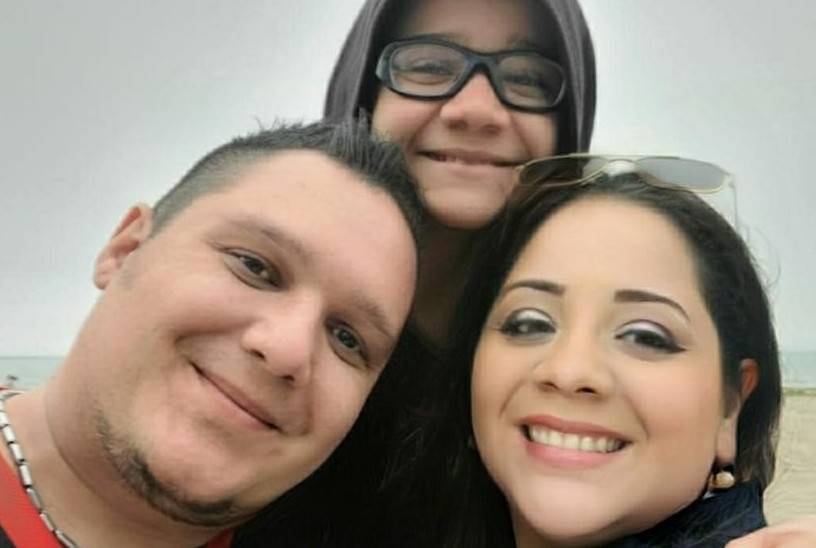 Life hasn’t always been easy, still Jose Hernandez considers himself a fortunate man. In 2017, the Venezuelan native fled his home country following political unrest. He immigrated to the United States with his wife, Breisy Sanchez, and their son Santiago. Jose is a chef and his wife an engineer. Together they saw the move to New Hampshire as an exciting, new beginning for their family.

“I had a friend in Venezuela whose sister owned a restaurant in Manchester,” explains Jose. “She needed a chef and her brother came to me and asked if I might be interested. My wife and I had never heard of New Hampshire, but we are so happy now that we took a chance.”

It was October when Jose’s family arrived in the Granite State. The cold weather took a little getting used to, but they found an apartment and settled in. Four years later, the Hernandez family would lose everything.

Jose remembers the day clearly. It was May 5, 2021. He had already left for work when his cell phone rang. He heard his wife’s frightened voice, “Are you at the apartment? It’s on fire!”

Jose was only a few blocks away and rushed back as fast as he could praying his family was safe.

“By the time I got back to my apartment it was engulfed in flames,” says Jose.

A portable heater plugged into an overloaded extension cord ignited the blaze. Jose’s mother-in-law, who was visiting from Venezuela, was home alone when she started to smell smoke. She checked the kitchen first before noticing smoke coming from Jose’s bedroom. When she opened the door, she was met with flames. She started screaming and neighbors came to help. Luckily, no one was hurt. Santiago was at karate and his grandmother escaped safely. The Hernandez’s home and the apartment building had working smoke alarms. Firefighters arrived on scene within 10 minutes, but their unit was destroyed.

“We had lived in this place four years and made it our home. But we realize how lucky we are. You can replace things. You can’t replace people.”

In that moment of great loss, volunteers from the Red Cross called to offer comfort, support and aid. Volunteers Denise Deblois and Linda Messenger worked with the Hernandez family to find them food, clothing and a place to stay, But their work did not end there.

“Sometimes just listening when people are having one of the hardest days of their lives is helpful,” says Linda, a member of the Disaster Action Team. “I worked closely with Mr. Hernandez to navigate the health system and replace medical items his mother-in-law lost in the fire.”

“He and his family’s bravery in the face of losing everything was truly amazing and inspiring,” says Denise, a Red Cross volunteer since 2017. “It was my pleasure to be able to offer hope, encouragement and to make a difference in their lives. We are all in this life together. Helping others makes life just a little easier to deal with.”

Jose appreciated the services the Red Cross provided and he wanted to know how he could give back.

“When someone asks, I give them options,” says Denise, “I let them know they can always donate blood if they are able. This helps save lives. They can also help by telling family and friends about the Red Cross Home Fire Campaign.”

In 2021, the Red Cross assisted 619 individuals in New Hampshire after 228 local disasters, the majority of which were home fires. The Home Fire Campaign is a free safety and preparedness program that teaches people how to prevent, prepare for and recover from home fires.

“My wife and I remind ourselves every day how lucky we are to be alive,” says Jose.

The Hernandez family is working hard to overcome the trauma of a home fire. They are picking up the pieces and moving forward. They’ve found a new apartment. Santiago’s friends replaced the piano he lost and Jose applied to become a Red Cross volunteer. He has since started training for the Disaster Action Team, where he will learn to help others affected by disasters in Merrimack Valley. Jose’s ability to speak English and Spanish fluently will be an incredible asset to the Red Cross team during preparedness trainings and disaster responses.

“I want to help others going through difficult times and help them to reach the light at the end of the tunnel because I know it is there,” says Jose.

If you’d like to learn more about becoming an American Red Cross Volunteer, visit: https://www.redcross.org/local/me-nh-vt/volunteer.html

Going All In
David Ullman
.type=article.p=1
View All
/content/redcross/en/local/me-nh-vt/about-us/news-and-events/news/he-was-helped-and-now-wants-to-help-others