The Day She Can’t Remember

The Day She Can’t Remember 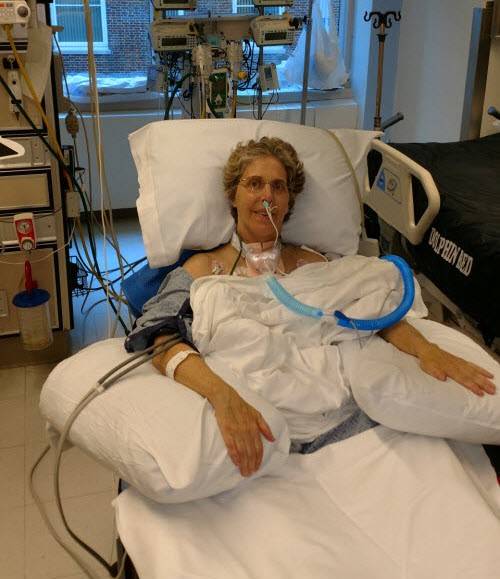 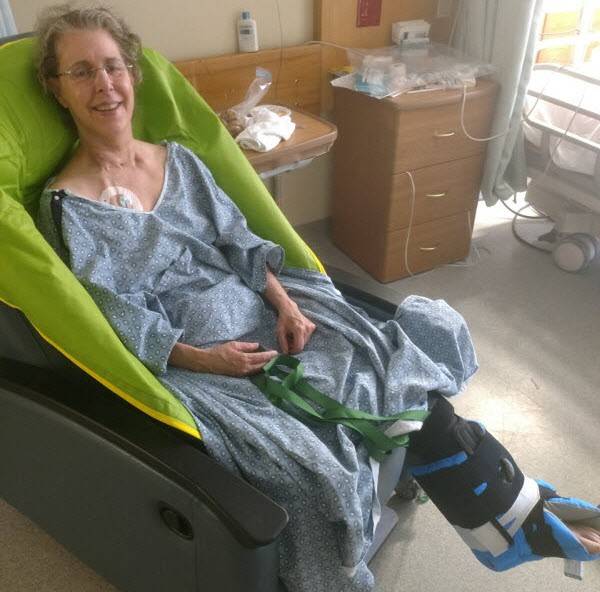 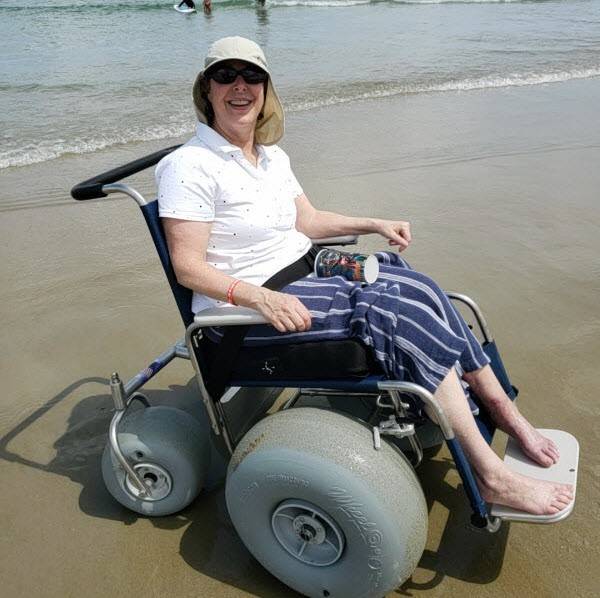 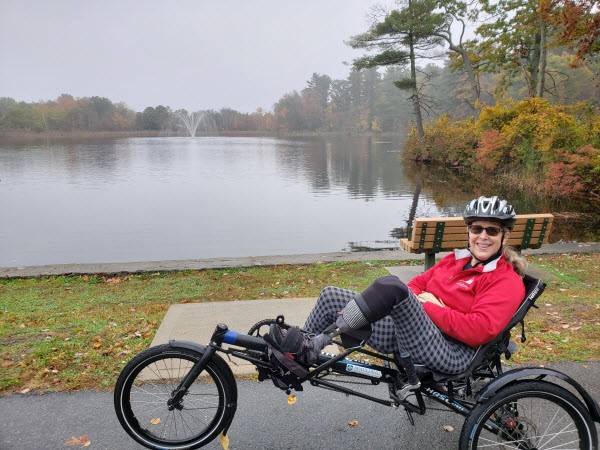 “I survived and I shouldn’t have.”

Beth Hudson has no memory of June 29, 2017. It was the day after her 36th wedding anniversary. She and her husband, Jay, were returning from a weekend getaway. Both were on motorcycles. Beth was a fairly new rider, outfitted in protective gear. About a half mile from their house, Jay took a shortcut to open the garage for his wife. Beth never made it home.

“My husband heard the sirens, realized that I wasn’t home, put two and two together,” said Beth, “He jumped in the car, drove down and came upon the accident – and me. That was very difficult for him.”

The 57-year-old from Hudson, New Hampshire, had crossed the centerline and collided head-on with an SUV. The impact was devastating.

“I hit her grill and I literally went sailing over the hood of her car and fell prone into a ditch,” Beth said.

When emergency responders arrived, they found Beth in rough shape. Her helmet was intact, but the rest of her body was mangled. Her pelvis was grossly deformed. Her pulse was weak. She was having a hard time breathing and she had lost a lot of blood.

“The first responders kept me alive to get me to a parking lot up the street that was big enough to accommodate the helicopter. The med flight folks were fantastic,” said Beth.

The mother of two was airlifted to Massachusetts General Hospital and rushed to the emergency department. Doctors were faced with a grim reality – Beth was dying. Cardiac arrest appeared imminent and she was in hemorrhagic shock. They needed to stop the internal bleeding. A surgical team performed a procedure called resuscitative endovascular balloon occlusion of the aorta – or REBOA. It stops blood flow to the affected area.

“They shut off my blood supply and they played whack-a-mole with my abdomen for 11 hours,” said Beth, “Everything was opened up. Everything was spilled out. They would find one bleed, fix that and another one would pop up.”

Beth needed red blood cells, plasma and platelets to survive. After that first surgery, doctors gave her a 5% - 10% chance of living. Her family prepared for the worst.

“The medical team had to decide whether to pull the plug on me or not. I guess I improved enough every day that they decided to let me soldier on,” she said, “Something inside of me decided that it wasn’t time yet.”

Beth spent two months in intensive care – and the first month in a semi coma. She underwent 33 surgeries and needed 64 pints – or 8 gallons – of blood. Her wound care alone took nine hours a day. She developed Compartment Syndrome in her left leg. It’s a painful, dangerous condition caused by pressure buildup from internal bleeding or swelling tissue.

“And the only way to relive it is to literally slit the skin and let the blood come out,” explained Beth.

Beth’s doctors sliced her leg from top to bottom. She lost a lot of mobility. Her ankle and foot became paralyzed – and the nerves never healed.

That was just the beginning of Beth’s grueling recovery. She spent the next year in a rehab facility, went to dialysis three times a week and relearned how to dress, speak and walk. She left the hospital in a wheelchair. But after about a month, she made one of the toughest decisions of her life.

Beth’s surgeon agreed. Her leg would not get better. It needed to be amputated below the knee. Although Beth knew it was the right choice, the trauma of the last year finally boiled over. And the night before the surgery…

“I totally lost it. I called both my kids and I just started to cry,” Beth said emotionally, “I didn’t realize until later that when you lose a limb, you go through a grieving process just like when you lose someone important in your life.  I grieved everything from the day of the accident up to that point – and it was terrible.”

It’s now been three years since her accident – and two since the amputation. Beth had to give up teaching – a career she loved for more than 36 years, but she’s staying active. Beth has a prosthetic that allows her to hike, bike, swim and sit-ski. She also works with other amputees and volunteers for the American Red Cross. She’s hosting her first blood drive on May 26th.

“Sixty-four people gave up an hour of their lives to save my life. If I can pay it forward by volunteering at blood drives, that’s what I’ll do,” she said, “There is always someone who needs it. If one less person hadn’t given me those 64 units of blood, I might not be here.”

Prior to the accident, Beth was a regular blood donor. She now vows to make her blood drive an annual event. She wants to replace the blood she used and ensure hospital shelves are stocked for the next trauma victim.

“In the Jewish sense it’s called doing a mitzvah, which means doing a good deed for no recognition,” explained Beth, “In my mind, giving blood is the highest form of mitzvah because you do it out of the goodness of your heart. You do it not knowing to whom that blood is going – or what it’s for. You do it because you know it’s going to help somebody. It’s a very selfless act. And to those 64 people who did it for me, I could not be more grateful.”

To schedule an appointment for Beth’s blood drive:
(1-800-733-2767) or visit RedCrossBlood.org
enter: ETZHAYIMSYNAGOGUE