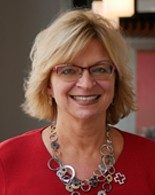 As regional chief executive officer of the American Red Cross New Jersey Region, Rosie Taravella oversees all Red Cross disaster services, volunteer management, service to the Armed Forces, fundraising and external relations within the state. New Jersey is home to 8.9 million residents and is the most densely populated state in the country.

Taravella joined the Red Cross in 2012 as regional chief executive officer of the American Red Cross of Central New York, overseeing the organization’s operations throughout 16 Central New York counties. In late 2014, the region was expanded to include Western New York, with Taravella providing oversight for 26 counties as chief executive officer of the American Red Cross of Western and Central New York. During her tenure, Taravella developed a vision and strategy to increase the teamwork of employees reporting across the region, executed a plan to reduce the number of facilities in the region to better utilize donor dollars, and partnered with emergency management officials to develop community resilience and improve readiness for large-scale disasters.

Prior to her work with the Red Cross, Taravella was vice president of corporate advancement at WCNY Public Broadcasting in Syracuse, New York. At WCNY, she provided oversight for membership, major giving, grant support, auctions, volunteer services, and special events. Taravella worked to instigate a more interactive relationship with the station’s viewers and listeners. In 2011, she kicked off the public phase of “The Campaign for WCNY,” a capital fundraising effort for the renovation and construction of WCNY’s new headquarters.

Taravella was invited to participate in the Health Foundation Leadership Fellows Program of Western and Central New York from 2013-2015, and was awarded “Nonprofit Executive of the Year” by the Central New York Business Journal in 2014.

The New Jersey Regional Council of the American Red Cross

Jim Reath
Bed, Bath and Beyond 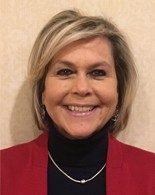 Tammy Atwood is responsible for all fundraising initiatives and programs in New Jersey, including special events, corporate and foundation relations, individual major gifts and board campaign efforts across six statewide chapters. Atwood began her career with the American Red Cross eight years ago leading the financial development team in Maine before joining the Western and Central New York Region of the American Red Cross as their Regional Chief Development Officer in March of 2017. Atwood was responsible for all fund development activities, leading an accomplished team motivated to help sustain and expand critical Red Cross programs and services across the region.

Prior to joining the Red Cross, Atwood spent ten years as Executive Director for the National Kidney Foundation of Maine after working five years as a senior district executive with the Boy Scouts of America. Atwood received her Bachelors of Science Degree in Criminal Justice from the University of Guam. While living in Guam, she worked as a legislative consultant. 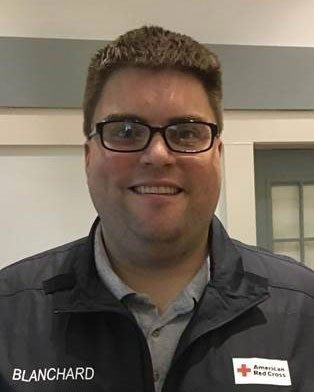 Edward joins the New Jersey team after serving as the Deputy Disaster Officer with the American Red Cross in Northern New England, a region covering 40 counties in Maine, New Hampshire, and Vermont.

Edward began volunteering with the Red Cross in 2003 while working on his Eagle Scout project. He attended Community College of Rhode Island and Roger Williams University while beginning a career in fire service as a Fire/Medic. During his career, he rose to the rank of station captain, serving as the EMS coordinator, instructor coordinator, and a fire instructor. He also served in public office, on boards, and volunteered with Mothers Against Drunk Driving to support youth training and education.

Edward became a part-time CPR instructor in 2005 and volunteered with Red Cross Disaster Services in Providence Rhode Island, where he deployed to help with disaster relief operations across the country. To date, Edward has supported more than 30 disaster relief operations, including work with Health Services following a 2015 typhoon in Saipan and as Operations Lead for a shelter in Houston in 2017, helping more than 11,000 people displaced by Hurricane Harvey. Edward is also an instructor of Mental Health First Aid for First Responders with the National Council for Mental Wellbeing. 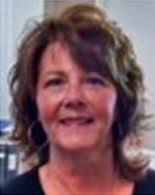 Ms. Asaro joined American Red Cross more than 20 years ago. Since arriving at the Red Cross, she has been involved with every aspect of chapter operations enabling her to hold chapter positions as interim chief executive officer and chief operating officer to her current position as Chief Administrative Officer for the region.

Over the years, Ms. Asaro has been involved with large disaster responses such as Hurricane Floyd and the September 11 attack on the World Trade Center. She has trained as an American Red Cross Diversity Consultant, contributed as a member of the Nassau County Chapter Enrichment Program Review Team and was deployed as a team member to the Northeast Service Area #6 to implement Chapter Support Services during Hurricane Katrina.

As CAO in the region, Nancy oversees all facilities, fleet, finances and employee engagement. She also serves as liaison between the National Red Cross and the region for all Information Technology/Telecom, Legal, Human Resources and Risk Management.

Nancy serves as Treasurer for Children’s Day Nursery, Passaic NJ, and Secretary to the Board for Heritage Manor Association. Nancy is a graduate of William Paterson University with a Bachelor’s degree in accounting. 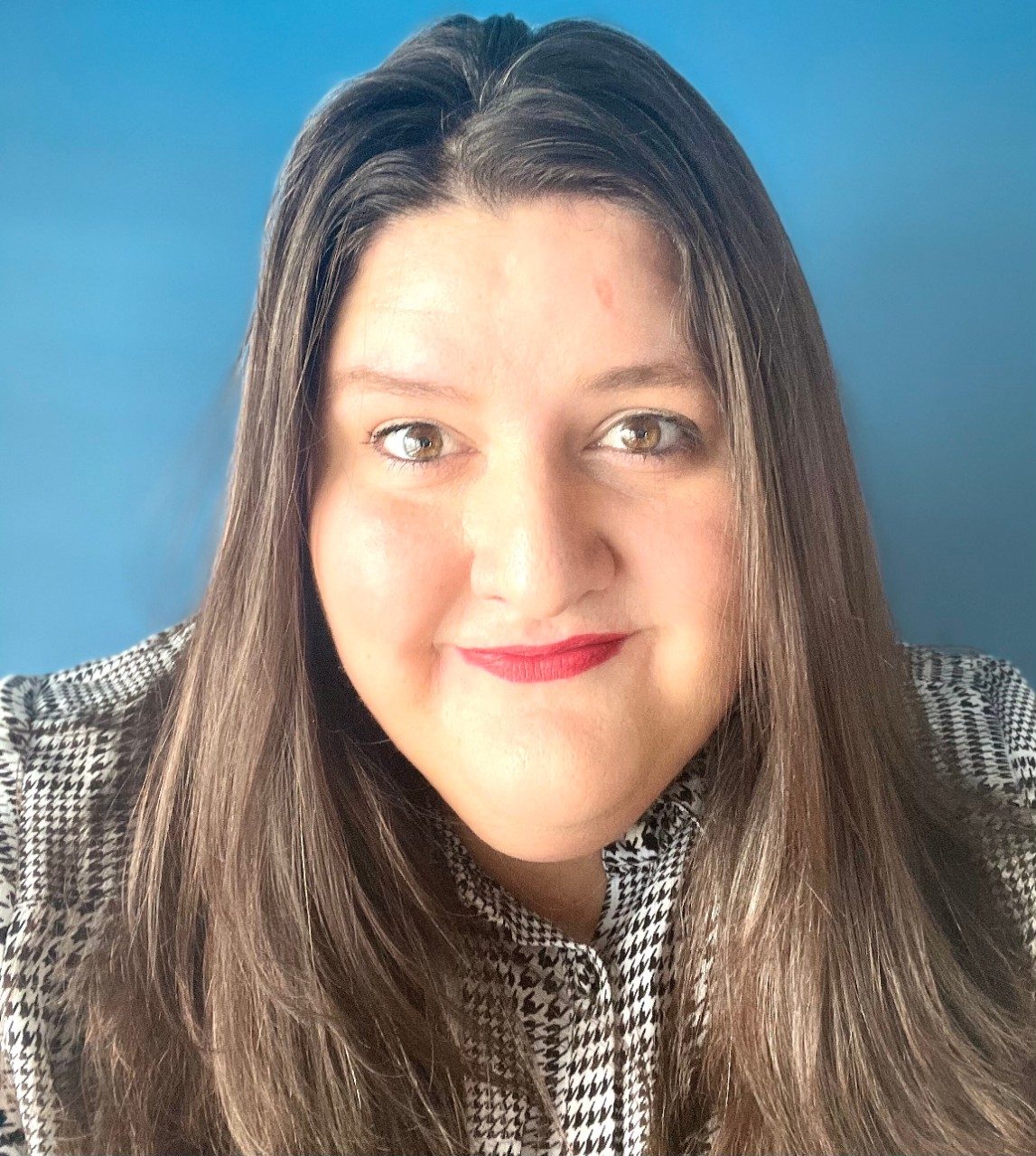 Sara joins the American Red Cross with more than 10 years spent working in the non-profit sector, most recently as Executive Director of Sound Start Foundation. Sound Start Foundation supports educational and therapeutic programs for babies with hearing loss. Prior to joining Sound Start, Sara served as the Vice President of Development for Children’s Aid and Family Services, a $30 million social services agency in New Jersey.

Sara has extensive and diverse experience in marketing, communications, business development and public relations, both in the non-profit and private sectors. She earned a BA in Marketing and a BA in Advertising with honors from Syracuse University and holds an MBA from Montclair State University. A strong believer in giving back to the community, Sara also volunteers as a Court Appointed Special Advocate (CASA) for children in the foster care system and as a facilitator of peer grief support groups for children in Newark. 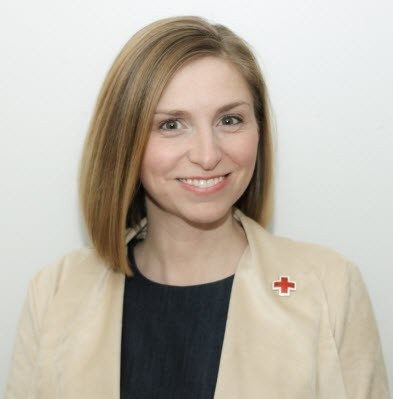 Kim brings significant experience from several New Jersey non-profit organizations, including nine years at the Red Cross, to the role of Executive Director for the Central New Jersey Chapter. At the Red Cross, she served in special event management and financial development positions including leading the corporate partnerships channel for the region. From Superstorm Sandy in 2012 through the COVID-19 Pandemic, Kim has significant experience with the complexities of Red Cross development strategies in times of major disaster, as well as working across business units to build elaborate donor engagement. Working through a large and capable paid and unpaid staff team, Kim is responsible for the delivery of Red Cross services throughout the central seven counties of the state. Kim is a graduate of The College of New Jersey. 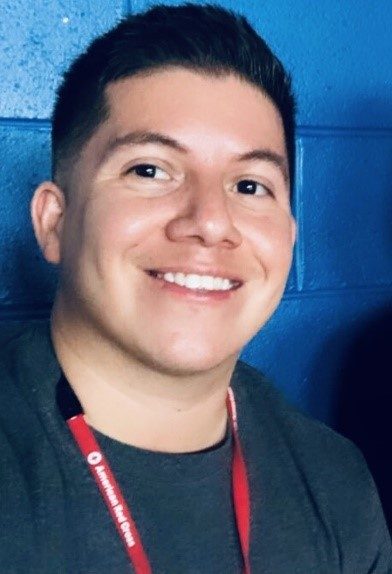 Steven has over a decade of experience working in the non-profit sector with a specific focus in community resilience and public safety. Steven joined the American Red Cross in 2016 as a Volunteer Services Coordinator with the Greater New York Region supporting all lines of service. His first year in the Red Cross included deployments to support national disaster relief operations in Texas for Hurricane Harvey and Puerto Rico for Hurricane Maria. He then transitioned into Disaster Services where he served as a Disaster Program Specialist with the Northeastern Pennsylvania Chapter followed by the role of Disaster Program Manager in the National Capital and Greater Chesapeake Region. During his time as a Disaster Program Manager, Steven has worked on numerous projects at the regional, divisional, and national level including National Special Security Events in Washington D.C. He has been heavily involved in diversity and inclusion initiatives, specifically the Latino Engagement Initiative (LEI), where he has worked with National Headquarters on developing training for staff and volunteers.

Steven’s most recent projects include leading regions towards a more diverse and inclusive workforce and building capacity of volunteers. In his three years serving as the vice chair of DC VOAD, Steven worked with external partners, increasing their knowledge and understanding of the Red Cross mission. His other deployments include supporting disaster operations in external relations in the Southeast for Hurricane Florence and Hurricane Dorian, and the West Coast for the wildfires in Oregon.

In 2021 Steven received a “Partnership Excellence Award” from the Senior Vice President of Disaster Cycles Services with the American Red Cross for his outstanding work with national partner MIRA USA. Steven earned his Bachelor of Arts in Criminal Justice from the John Jay College of Criminal Justice in New York City.