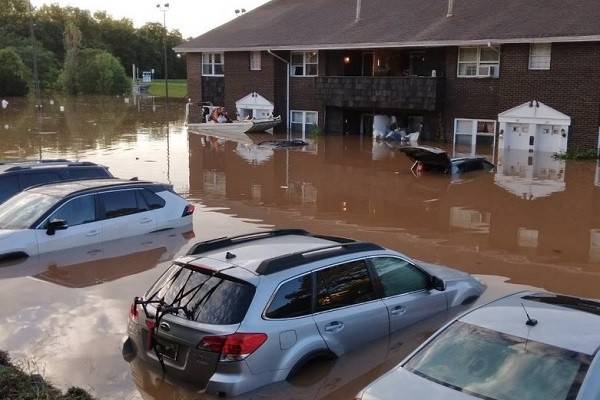 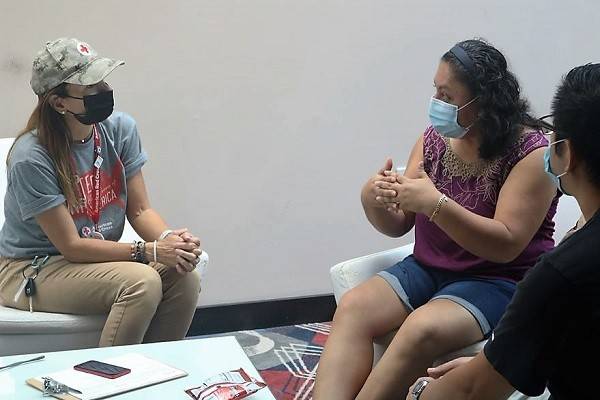 Irma speak swith Red Crosser Andreina Sosa on 9/21/21 at their hotel in Plainsboro. 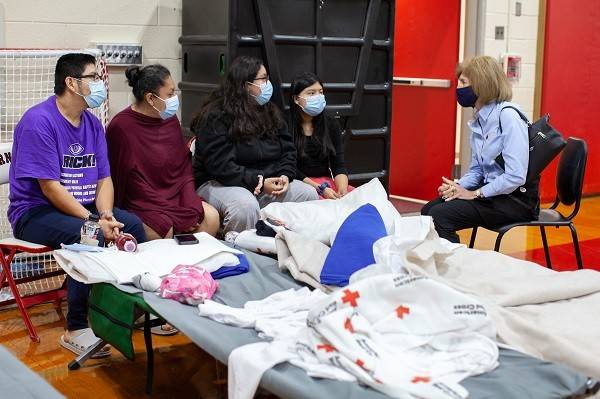 Irma and her family speak with American Red Cross President and CEO Gail McGovern at a shelter in Bernardsville after the storm.

“We had just minutes to get out of the house.”

When Alfonso and Irma put their daughters to bed on September 1, it had been drizzling all day – but the ground around their Bound Brook home was reasonably dry.

“I happened to get up at 5 a.m. to get a drink,” Alfonso recalls. “I heard water running – and saw it on the floor. It was coming in from the ground up. Fast.”

Alfonso woke Irma and the two girls and called 911. But by that point, so much water had filled their apartment, the front door would not open. Water was lifting the contents of their home. Irma remembers seeing their small refrigerator floating on the surface.

“I was so worried about the electricity,” she said. “I thought we were all going to be electrocuted.”

The water was waist deep as they struggled to open the window without breaking it. The family was able to climb out and wade through to higher ground in the parking lot, where they were rescued by boat two hours later.

Irma says she is wearing the same clothes she had on that day - as she shares her story with a Red Cross volunteer and native Spanish speaker three weeks later.

Since the flood brought on by Hurricane Ida, Irma and Alfonso have been grateful for the care by others, including the Red Cross. At first, they stayed at a temporary shelter in Bound Brook and are now at a Red Cross non-congregate shelter in Middlesex County. Their daughters, aged 12 and 13, moved in with Alfonso’s mom temporarily so they could begin the school year on time.

In addition to casework and financial assistance, the Red Cross has provided meals, medical supplies and a safe place to stay. The family was offered cleanup kits as well – but declined because their home is uninhabitable. Red Cross recovery teams are helping them make contacts to hopefully transition into a longer-term housing situation.

But by day 21, it was clear what Irma and Alfonso needed was someone to share their experience with – in their original language. They found it in Andreina Sosa, a Red Crosser who spent more than an hour just listening.

“My youngest daughter cries visibly, but my oldest holds it in.” said Irma, who knows they have a long recovery ahead. “They are asking me when and how we will return to our home. I don’t have the answers, but I have to hold it together for them.”

But they don’t have to do it alone. Red Cross Disaster Mental Health services are available to anyone impacted by disasters like flooding, fire or storms.

As they prepared to return to their hotel room, they had a simple message for Andreina.

HOW YOU CAN HELP To help people affected by Hurricane Ida, visit redcross.org, call 1-800-RED CROSS, or text the word IDA to 90999 to make a $10 donation. Your gift is a commitment to helping people in need, and every single donation matters. Financial donations enable the Red Cross to prepare for, respond to and help people recover from this disaster. 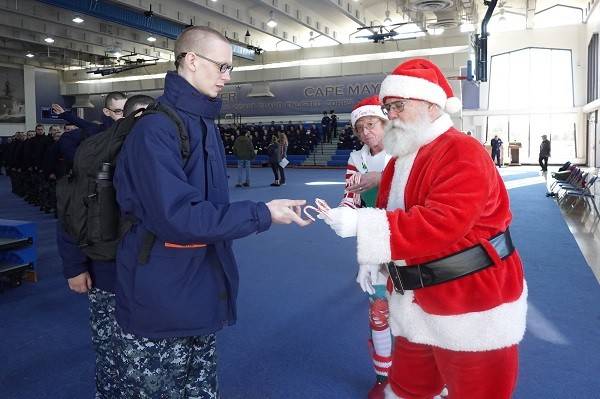