NJ Volunteers Help Across the Country 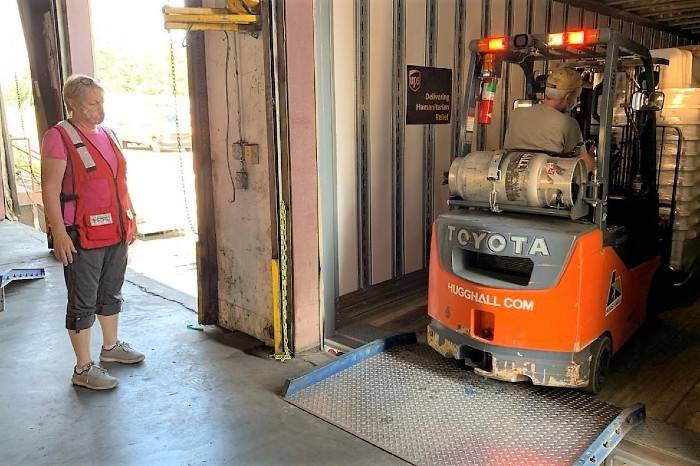 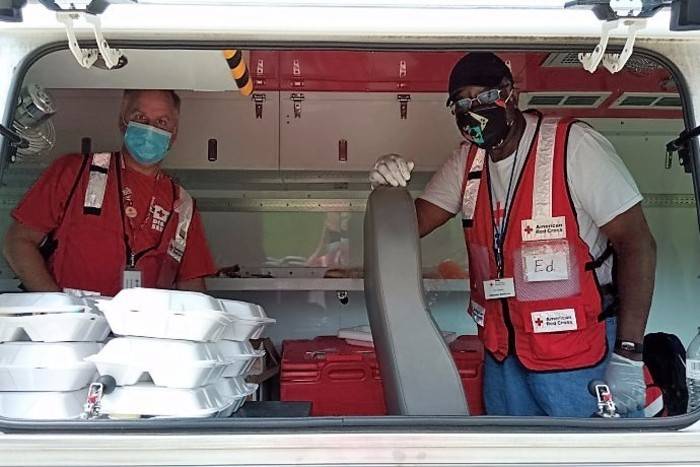 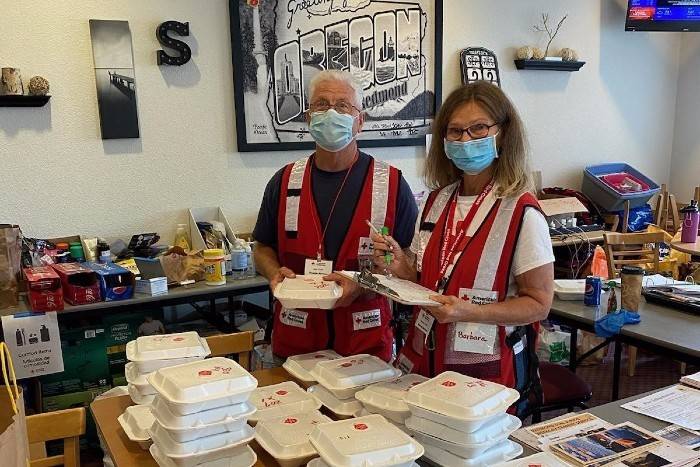 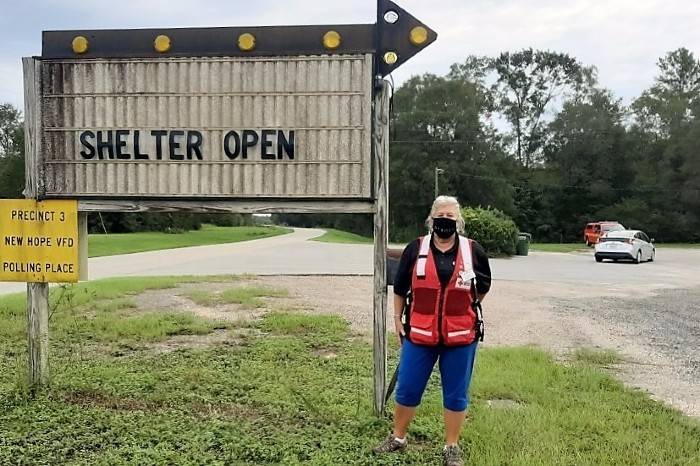 Floodwaters turn streets into rivers. Wildfires scorch the landscape. More natural disasters loom as we move deeper into hurricane season and closer to winter. Red Cross efforts that are already challenging are further complicated by COVID-19. Yet, the call goes out and Red Cross volunteers respond. “It’s an adventure. It’s exciting,” says Margaret Delaney, a retiree from Ewing.

Margaret is one of many Red Cross volunteers who recently traveled from New Jersey to help those impacted by Hurricane Laura in Louisiana and Texas. They come from many different backgrounds and take on a variety of jobs: from warehouse supervisor to truck driver to logistics operations. They are part of a dedicated group of Red Cross volunteers, working with partners to provide emergency lodgings, food, water and relief supplies for people whose lives have been turned upside down. Many of the volunteers responding are retirees, typically spending several weeks in the impact zone.

Chris Cummings, a retiree from Glendora, is deployed to Lake Charles, Louisiana. “It’s a mess,” he says. “Roofs have been blown off houses. This was a big hit from the hurricane, wind-wise. They’re just starting to get electricity back.”

Peter Grey just returned from Louisiana where he worked on day-to-day operations and planning. He managed groups of individuals whose job it was to view the storm damage and assess the need. He says this was one of the most difficult aftermaths he ever had to deal with. “Anytime you’re talking about thousands and thousands of houses impacted, tens of thousands (of people) may be displaced,” Grey says. In mid-September, more than 7,000 homes were damaged or destroyed by the storm and the Red Cross provided more than 20,000 people with a place to stay. Dozens of service sites were set up by the Red Cross and its partners. Grey says his job with the Red Cross meshes with his job in the private sector.

Clare Rybczynski, a former New Jersey resident who lives in Philadelphia, went a completely different direction. After retiring from a career as a travel agent, she was drawn to more physical work. Eventually, she found herself working as a logistics warehouse supervisor. “I found a new love,” she says. “I love driving the trucks and the forklift. Some people do things that they used to do, others want to do something else. It’s interesting how people volunteer.”

Delaney, a former librarian, worked in shelters during three previous deployments but wanted to try something new. “I wanted to feed people and I did. It was a lot harder than I expected, especially in the heat of Louisiana,” she says. “You’re dishing (meals) out as fast as you can. Then you have to clean up and load stuff back in. Most days I drove four hours to get to where the feeding was.”

As of mid-September, the Red Cross and its partners had already served more than 600,000 meals and snacks and distributed more than 150,000 relief supplies. Cummings was one of the volunteers responsible for getting food and supplies from one place to another, a job that’s particularly difficult in the aftermath of a major storm. Working as a driver of an emergency response vehicle, he described a 14, 15-hour day that could include a three hour drive just to get to his location. He said it’s the people that make it worth the effort – the people seeking help as well as his fellow volunteers. “You make a lot of friends with the people you work with because you’re with them every day,” Chris says. As far as the people he was feeding, he said they were “incredible. They’re resilient. Good people. Everyone says thank you, God bless you. They really appreciate us being here.”

The coronavirus pandemic makes the Red Cross response more complicated, but the organization and its volunteers have found ways to stay safe, even during natural disasters. “Staff shelters are clean, safe and we’re practicing safe distancing,” Cummings says. But Grey, who was in charge of logistics, says safe distancing also meant having to find places for all the volunteers. “We have to use 40 hotels across the state,” he says. “The complexity comes from being so spread out.” Rybczynski says the worst part was wearing the masks in 100-degree heat. “All the volunteers were very compliant with the rules, it’s just that physically you get tired faster because you are always wearing masks. It was pretty brutal at times.”

Because of the pandemic, Red Cross relief efforts are being supported virtually as well as in person. But people present on the ground gives volunteers an experience they wouldn’t have otherwise – serving those in need and working alongside them as they rebuild their lives.  But many of the volunteers say their lives were also changed. “It just makes you feel good,” says Cummings. “If I had my choice, I’d keep going back out.”Delaney says feeding people “was physically the hardest I’ve ever worked for an extended period of time. It was the most I’ve ever sweated, but I was really happy to learn that I could do it.”

While the jobs vary, one of the common threads among the volunteers is their support network back in the Garden State. “Anyone going out has to have someone strong at home,” says Rybczynski. Other volunteers said the same. Cummings said, “As soon as I heard (about the hurricane) I looked at my wife and she said go.” The Red Cross recognizes that it’s a team effort and that its volunteers will be in Texas and Louisiana, as well as other impacted regions, for as long as it takes.

Looking forward, the Red Cross plans to stay in the region to assist people with rebuilding and recovery. Even as new disasters fill the headlines, the need in places like Louisiana and Texas is not going away. If you have time, you can make a significant impact as a Red Cross volunteer. Review the most urgently needed volunteer positions at redcross.org/volunteertoday.

Please donate to help now by visiting redcross.org, calling 800-RED-CROSS or texting the word REDCROSS to 90999 to make a $10 donation. Your gift enables the Red Cross to prepare for, respond to and help people recover from disasters big and small.