Volunteers Sound the Alarm for Fire Safety Across NJ 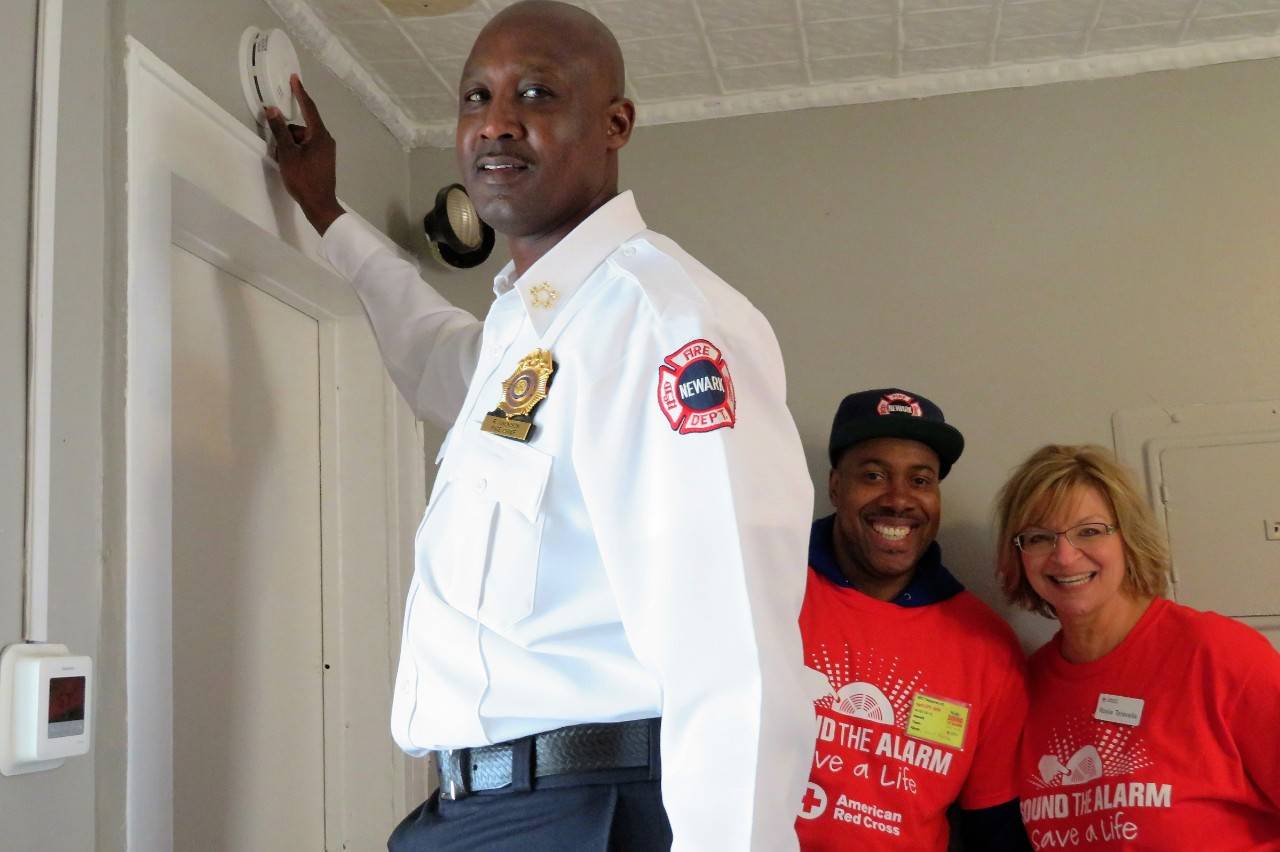 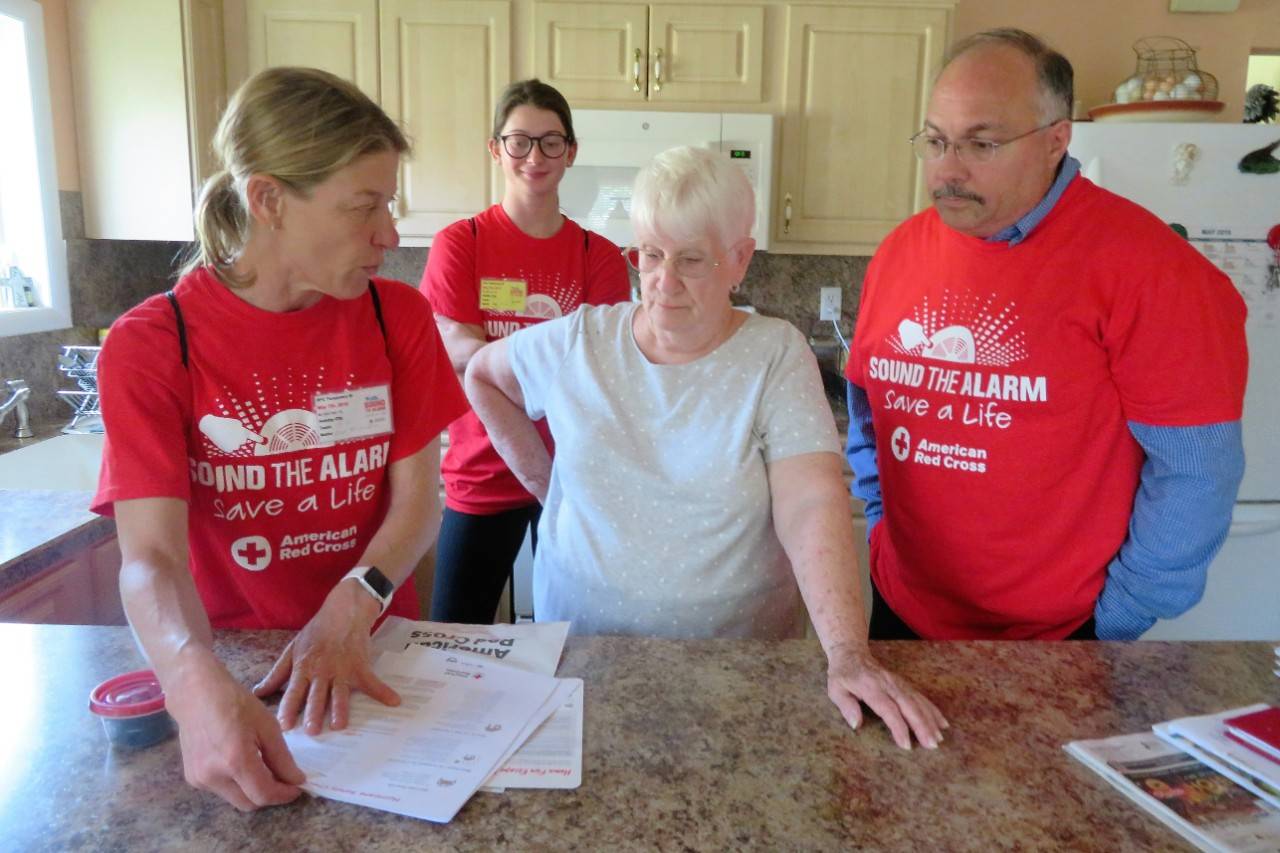 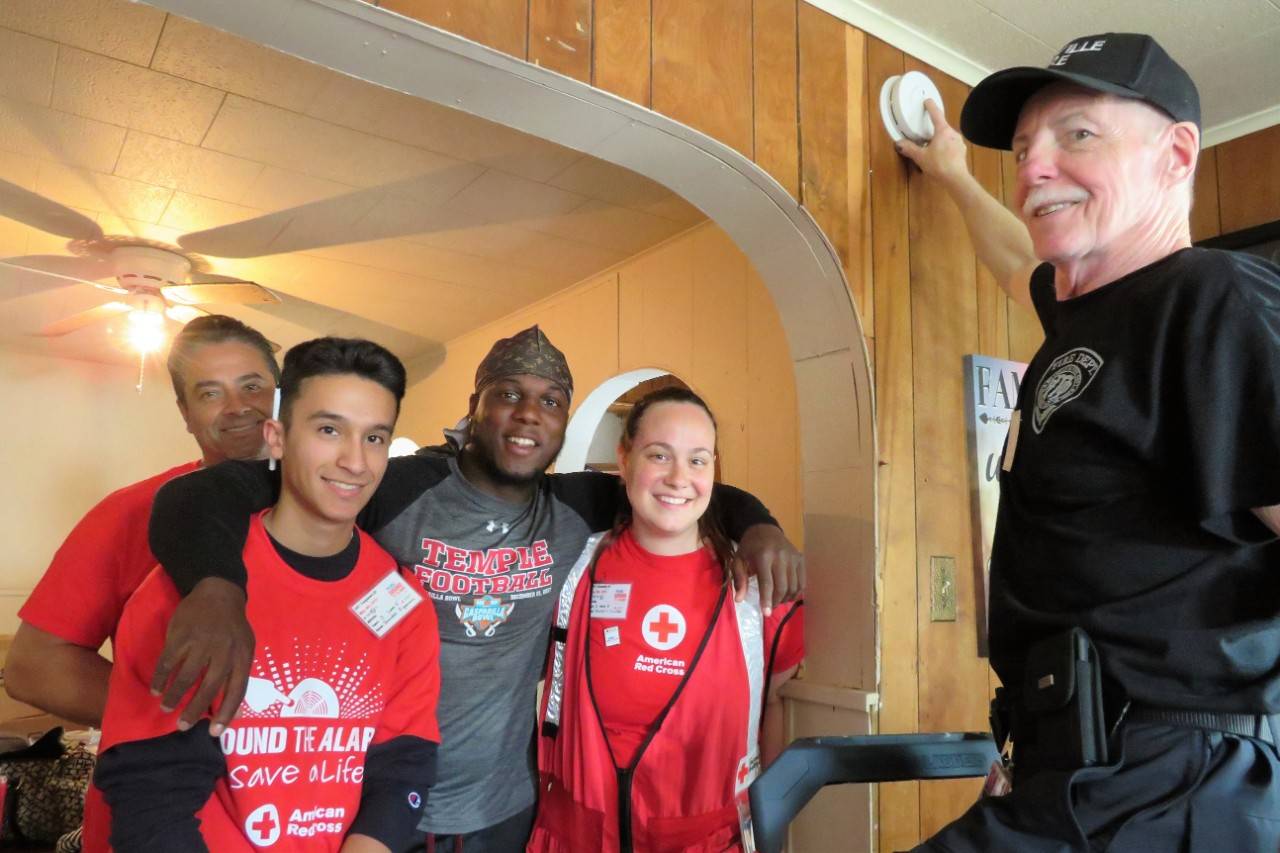 The American Red Cross rallied more than 29,000 volunteers across the country who joined forces with fire departments and community partners to install 120,000 free smoke alarms in at-risk communities from April 27 to May 12 during part of a special two-week push of our Sound the Alarm smoke alarm installation and fire safety events.

In New Jersey, more than 700 volunteers joined the efforts, installing more than 3,650 free smoke alarms across the state – exceeding our statewide goal by 1,100 installations – helping make more than 1,550 homes safer during the Sound the Alarm initiative, which included our signature events in Newark, Millville and Holiday City.

“Home fires are our nation’s most frequent disaster, killing seven people each day—often in homes without working smoke alarms,” said Rosie Taravella, CEO, American Red Cross New Jersey Region. “Working together with local fire departments and with the support of community partners, Sound the Alarm brings smoke alarms and fire safety education to some of New Jersey’s most vulnerable communities.”

Thanks to the hard work and dedication of volunteers and fire departments in New Jersey, 3,750 more people have the fire safety knowledge and smoke alarms necessary to help protect them in the event of a home fire.

New Jersey Sound the Alarm festivities kicked off in Newark where 325 volunteers from the Red Cross, Newark Department of Public Safety, including Newark Fire Division, MIRA USA, Avalon Bay Communities, and New Jersey Devils spent the weekend of April 27 and April 28 going door-to-door in North Ward and East Ward neighborhoods, installing 1,169 free smoke alarms and educating more than 350 households about fire safety. American Red Cross President of Training Services Jack McMaster and members of his team joined our teams to help Sound the Alarm and save lives in Newark.

In the North Ward, Mayor Ras J. Baraka, Fire Chief Rufus Jackson and Senator M. Teresa Ruiz, as well as Councilman Augusto Amador in the East Ward, welcomed and thanked volunteers before they took to the streets to canvas some of Newark’s most vulnerable neighborhoods. Assemblywoman Shanique Speight shared with volunteers how a home fire impacted her life.

“My family experienced a fire at our home when I was in the third grade,” said Assemblywoman Speight. “I have memories of the Red Cross being there to help me and my family with lodging and other assistance. I’m grateful to the work of the Red Cross, which has been a help to families affected by home fires here in Newark and across the state of New Jersey.”

Nearly 100 volunteers participated on May 4 and May 5 – with many braving the continuous rainfall on Sunday – to canvass Millville with fire safety information and install free smoke alarms in homes that needed them.

At the end of the four-day event, more than 220 volunteers made 696 homes safer through fire safety education and the installation of 1,472 free smoke alarms.

THE HOME FIRE CAMPAIGN ACROSS THE STATE

An additional 743 smoke alarm installations during fire safety events held within the same two-week period, like one in Camden, helped make more than 400 homes in New Jersey safer.

“It warms my heart to see volunteers from a variety of partners coming together to support the lifesaving efforts of Sound the Alarm,” Taravella said. “We have made great strides toward protecting New Jerseyans from home fires, but our work is far from over. Everyone can join us in our fight against home fires by taking two simple steps to help save lives: price fire drills at home and check to ensure your smoke alarms are functioning properly.”

SIMPLE STEPS TO SAVE LIVES

For more information about Sound the Alarm in New Jersey and to access free fire safety resources, visit