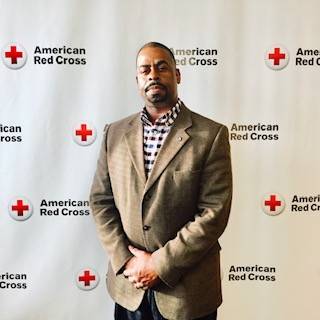 The American Red Cross of South Carolina is pleased to announce a new Regional Chief Executive Officer after the departure of longtime CEO, Louise Welch Williams. Rod Tolbert, who has been with the organization for over 20 years, will assume the roll effective July 27th, 2020.

“I am very excited to return to my home state of South Carolina to continue delivering the Red Cross Mission.  The South Carolina Region has a great group of staff and volunteers, and I am honored to join them to serve and support our South Carolina communities,” said Tolbert.  “My predecessor, outgoing CEO, Louise Welch Williams and I are longtime friends and Red Cross colleagues. She has done an incredible job leading our team through a National Beta Model and supporting our state through several major Disaster Responses.”

Prior to this role, Tolbert was the Vice President for Disaster Services Technology for Disaster Cycle Services at the American Red Cross’s National Headquarters. In that role, he oversaw a team of staff and dedicated volunteers that provided IT Support for regional and national level Disasters. He joined the organization in July of 1998 as the Health and Safety Director for the Greenwood, S.C. Chapter and has progressively taken on leadership responsibilities at the American Red Cross.

Tolbert has extensive knowledge in the organization’s disaster, fundraising, service delivery and training services operations. He also has a proven track record collaborating and building partnerships with organizations like the Center for Medicare and Medicaid Services, FEMA Information Technology, Verizon, ATT, Fidelity and Common Cause to advance the Red Cross Mission.

In his new role, Tolbert will oversee a region that consists of four local Chapters and 42 counties across South Carolina. He will be based in Columbia, SC.

“The really unique part about this opportunity is twofold, first, I get the awesome opportunity to serve my home state and be closer to the majority of my family and friends. Secondly, the South Carolina Region Beta will serve as the model for other Red Cross Regions across the country,” said Tolbert.

He is a native of South Carolina and is happy to return home where most of his family resides. He holds a Bachelor of Arts in History and a Minor in Education from South Carolina State University and completed studies in Public Administration at George Mason University.

“I am confident that Rod’s passion for the mission, combined with his broad experience and understanding of the American Red Cross on all levels will benefit him in his new role as Regional Executive for South Carolina Region,” said Anna Trefethon the Vice President of the Southeaast, Caribbean and Carolinas Division.