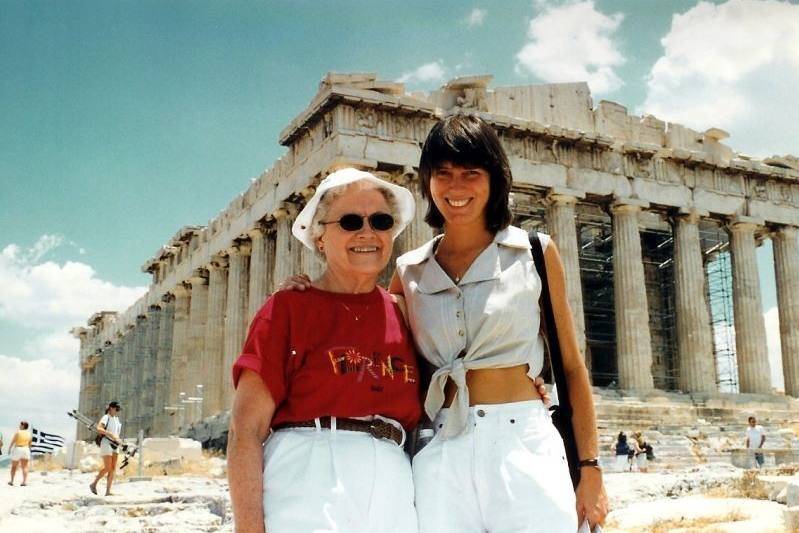 "I had no idea that the Red Cross and blood donations would become so important in my life."

Susie Trotochaud recalled a memory from her childhood, when she would accompany her mother while she donated blood. Seeing it as an ultimate gift, Susie was eager to be able to give blood herself! As soon as she was eligible, she rolled up her sleeve at a drive held at her high school, and she has been donating blood and platelets ever since.

"In 2002, my mom was diagnosed with a rare blood disorder called myelodysplasia. This meant that the blasts in her bone marrow were not developing into normal blood cells: red, white and platelets. For five years, she had to receive regular blood and platelet transfusions. I can remember waiting with her at the hospital for hours while they located platelets. These transfusions kept her alive for five years, which was what we were told was the maximum amount of time she would probably live with this disease."

Today, Susie serves as a member of the Tiffany Circle, a community of women committed to giving their time, talent, and treasure to advance the mission of the American Red Cross.

"I joined the Tiffany Circle in 2008 in memory of my mom. I continue to give as a Tiffany Circle member because I know that my financial donation helps to ensure that the Red Cross is there every time someone faces disaster. Of all of the nonprofits I have supported, the Red Cross has always been closest to my heart. Not only has it been in my life since I was a child, but it was there when my mother was in need, and it is has always been there for so many at their most desperate hour."