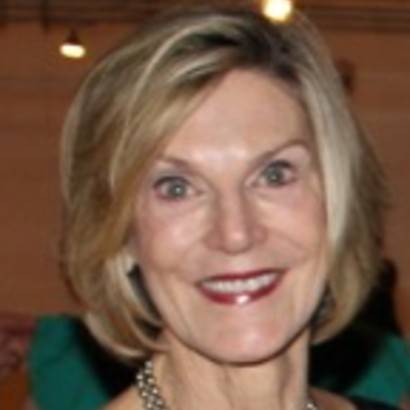 Dale Koepenick was born in Washington D.C. and grew up in the Metropolitan D.C. area. She graduated from the University of Dayton and later went on to earn an MBA from Marymount University in Virginia.

Her professional career began with local and county government where she managed programs and staff providing services to older adults and was responsible for planning special events for all ages. Her final year working for Montgomery County Maryland, she was selected to serve on a task force for the County Executive to analyze the County’s Human Service Delivery Systems, her focus being the elderly. She then went on to be the Executive Director of the DC Providers Council for Services to the Aging; then she took a position as the first Program Director of the Greater Southeast’s Community Hospital’s Center for Aging. Ramping back from full-time employment, Dale started a small firm to provide marketing and public relations service to clients, with an expertise in human services.

In 1990 Dale and her husband, Jim Sheaffer moved to Germany for Jim’s job and remained there until the end of 1999. Because she was a “trailing spouse” Dale could not work unless sponsored by a German firm. It was at this time that she became involved with women’s organizations. She joined her local American Woman’s Club of over 1000 members. Dale served in a variety of capacities with the club as a committee chair, 1st VP and later President of the American Woman’s Club of the Taunus (AWCT). The AWCT was also a member of a worldwide network of women’s organizations, a Federation of American Women’s Organizations or FAWCO. Dale chaired the FAWCO Conference in 1996 in Bad Homburg, Germany. After returning to the US, she coordinated the local arrangement for the 2000 FAWCO Conference in D.C. and acted as the Speaker Coordinator for the 2010 FAWCO Conference held in Boston. (FAWCO meets annually all over the world but returns for a US meeting every 10 years.) However, while still living abroad, Dale became a self-employed contractor and was the English Editor for an American headhunting firm for her last 3.5 years in Germany.

Once she was settled back in the US, she was a Relocation Consultant, assisting people moving from other countries to the Metro Washington area. Although she truly enjoyed her work, her commitment to women’s organizations continued and she joined the fledgling FAWCO Alumnae group where she served as President for 4 years and co-chaired two of their conferences-the latest being the 2018 FAWCO Alumnae conference on DC.

In 2009 Dale was introduced to the National Capital Region’s Red Cross and the Tiffany Circle. She immediately became active and was the NCR Tiffany chair from 2011 to 2014. Her husband is a serving member of the NCR Red Cross Board and both he and Dale have been active in the Annual NCR Gala as well as programs in support of the military. The scope of the Red Cross mission is one that Dale is honored to support and the Tiffany Circle is her perfect vehicle for doing so.