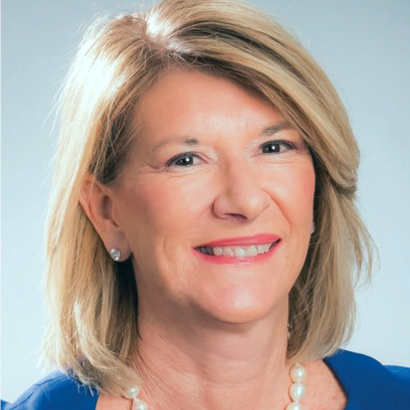 Karen’s journey with the America Red Cross began when she joined the Tiffany Circle after attending a breakfast event for the American Red Cross of Massachusetts over ten years ago.  She was impressed with the breadth of services the Red Cross offered including the new Measles Initiative.  Karen has served as Co-Chair of events, and began the first Charity Team running the Boston Marathon for Team Red Cross which over the last eight years has raised over 2 million dollars.  She is a board member of the American Red Cross of Massachusetts, is the past-Chair of the TC National Council, and has co-chaired two TC Summits.

Karen co-leads membership in the Boston chapter of Golden Seeds.   She has been a Managing Director of Golden Seeds since 2013, investing in Women Lead Start-Ups. She had a successful career in the manufacturing sector for over three decades, and her experience has been in accounting, quality, marketing, business development, sales and sales management. Karen also co-owned a women’s sleepwear business which designed, manufactured and sold in the US to specialty stores.

She graduated from Widener University and holds an executive MBA from Boston University.