Leading a New Generation Toward Service 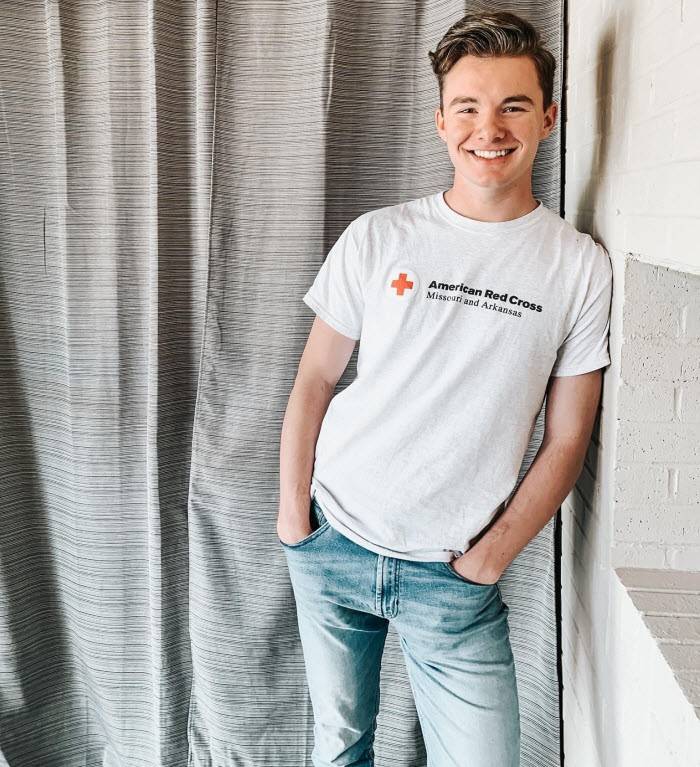 Around the University of Arkansas campus, Wesley Smith has developed a reputation as the ‘Blood Drive Man.’ When there is a blood drive on campus, you are likely to be warmly greeted by Wesley, smiling and making sure your experience is the best it can be.

At only 20 years old, Wesley has found a strong passion in helping others through various nonprofits. Since 2019, he has served as the President of the University of Arkansas Red Cross Club and has been creating a lasting impact through organizing numerous blood drives, contributing new ideas to his chapter and recruiting new members.

“One of my favorite memories associated with the Red Cross was, my first save as a lifeguard,” Wesley said. “It was a little boy in a wave pool [who] couldn’t swim and the waves kept taking him over… Whenever he looked at me, he had pure fear in his eyes. I looked at him and my eyes got really wide and I was like ‘Oh my gosh this is what I’m training for.’”

Since his first experiences with the Red Cross, Wesley’s desire to support the Red Cross mission and save lives has only grown. In university, his personable nature and enthusiasm has attracted students of diverse backgrounds to join the club.

“I wanted [the club] to be filled with various majors such as marketing, such as pre-med. I’m personally studying healthcare administration and nonprofit studies, and we have some more people studying completely different things that you wouldn’t think would be involved with the Red Cross,” Wesley said. “And so I think that’s contributed to the success that we’ve had: just being able to have people from different backgrounds and ideas on our exec board.”

Under his leadership, Wesley’s school became a Premier Blood Partner, helping to collect over 14,000 blood donations through the club. His hard work did not go unnoticed, and Wesley was soon invited to attend one of the Northwest Arkansas’ board meetings by Julie Brown, the chapter’s executive director, where he sat alongside the directors of companies such as Walmart, Clorox and Kelloggs.

“It just blew my mind that all of these people were in the same room talking about the same things even though they were all from different companies and backgrounds,” Wesley said.

As the youngest Red Cross board member, Wesley was able to bring a fresh perspective and voice the thoughts of many in the younger generations. He helped brainstorm ways to recruit young volunteers with ideas such as with free gifts and food, as well as showing more recognition to volunteers.

“[Our generation has] a point of view in this society that people that are not in our generation don’t understand,” Wesley said. “I’m able to speak on behalf of the college students and the younger generation.”

In June, Wesley received the Red Cross Young Adult Leader Award at the Red Cross Volunteer awards. These awards were planned to take place in Washington D.C., but because of the pandemic the awards were instead announced virtually. Wesley’s award was announced by the CEO of the American Red Cross herself, Gail McGovern, who is one of the few people Wesley idolizes.

“[Winning the award] might have been [one of the] top three moments of my entire life to be honest,” Wesley said. “Whenever I saw the video of Gail McGovern announcing my award to me directly... My mom took a picture of my face, it was pure euphoria. It’s not every day that one of the people you look up to the most, recognizes you in little Arkansas while she’s in Washington D.C. It blew my mind.”

Going forward, Wesley hopes to continue working with the Red Cross and calls on others to find ways to help the Red Cross mission as well whether it is by donating blood or becoming a volunteer.