Volunteers Work Round the Clock

Volunteers Work Round the Clock to Support Individuals, Families Impacted by Historic Flooding of the Arkansas River 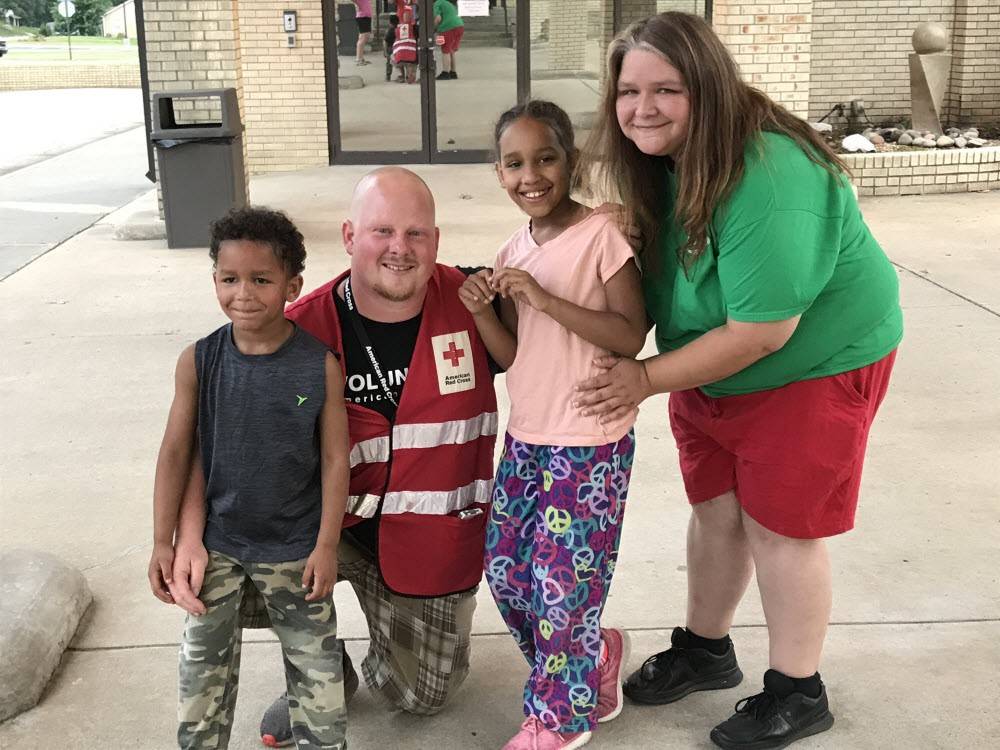 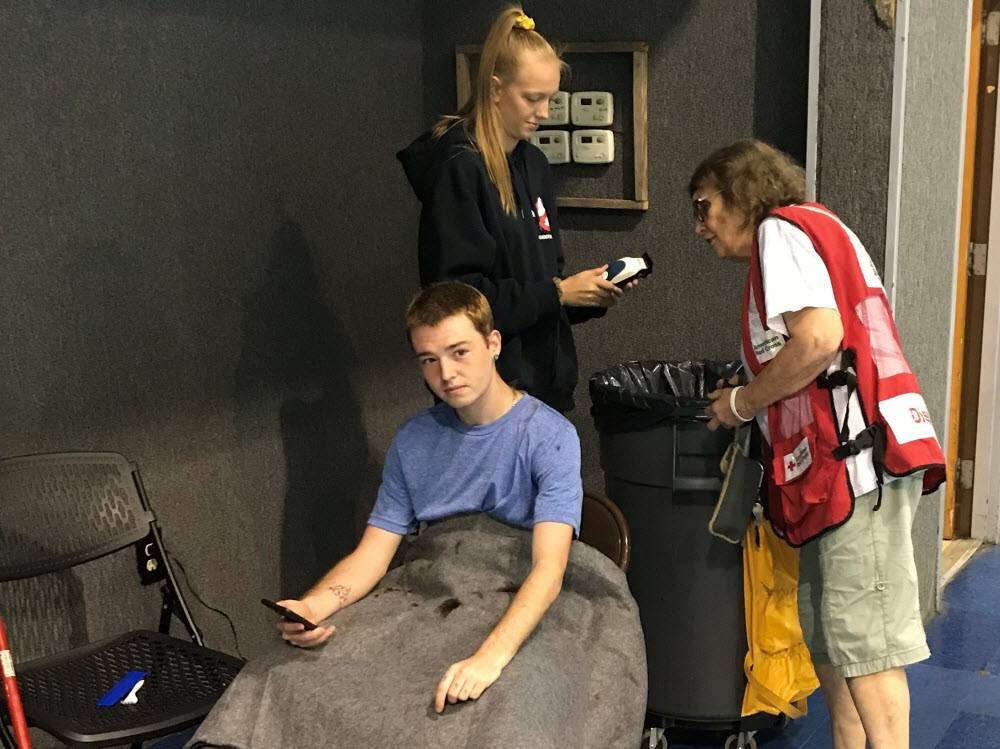 American Red Cross volunteers began preparing on Thursday, May 23 in anticipation of the hundreds of residents that would be impacted by flooding across the state of Arkansas over the coming weeks. With the Arkansas River expected to rise to “catastrophic” levels as reported by the U.S. Army Corps of Engineers, volunteers from Fort Smith, AR to as far away as Hill City, S.D., placed their lives on hold to prepare shelters as residents are evacuated from affected areas.

“Disaster Program Manager Jaison Scott texted me on Friday afternoon to ask if I would be open to helping if needed,” said Sandra Ward, a Red Cross volunteer for the Northwest Arkansas Chapter since March 2013. “It didn’t take me long to say yes. We made arrangements for our kids and animals, and left for Fort Smith at 8 pm and arrived just after 9.”

Ward deployed along with her husband, Bradley, to the shelter located at Evangel Temple Assembly of God in Fort Smith, AR, where volunteers had prepared cots, blankets, and food to care for those impacted by the flooding until the flood waters recede and residents can safely return to their homes.

Sarah Burris and her two children, Anna and Noah, from Moffett, OK, arrived at the shelter Saturday shaken and upset. Burris expressed that she had nowhere to go, but knew she needed to take care of her children through the entire ordeal. Upon arrival, Red Cross Health Services was able to assist Burris with her medical needs while Sandra and Bradley Ward played with her children and kept them entertained.

“We hung out with the kids and played with them for a while,” Sandra Ward said. “At that point, we were all so connected to them. You could tell they were very grateful for us being there. The kids thought Bradley was pretty cool. He played with them a lot and showed them a lot of attention.”

“He’s been great with the kids and everyone here,” Ryan Rose, associate pastor of Evangel Temple Assembly of God, shared about his time working with Bradley Ward at the Fort Smith shelter. “In my almost 20 years of ministry, I’ve seen very few people that relate that well that fast with people.”

“Most of the people who come in really need someone to talk to,” Bradley Ward explained. “They didn’t know what they were going to do next. When the Burris family came in, the kids were worried. By the time Sandy and I had to return home on Sunday night, the kids were in a much better mood. We gave them hope.”

More than a place to stay

Shane Maddox was tired and sunburned by the time he finally arrived at the Red Cross shelter in Fort Smith, after having walked to Van Buren and back when his previously arranged place to stay fell through.

“Once he came in and was checked in, he went straight to his cot and stayed there for hours,” Sandra Ward said. “Shane did not move other than to turn over one time within the hours that he laid there. He was so tired and sore from his sunburn and the long walk to us.”

Red Cross volunteers later discovered Maddox had an upcoming job interview with one of the local restaurants.

“A few of us went to Dollar General to get him some clothes because he only had what he came in (with),” said Sandra Ward.

Tini Kratchmer, a Northwest Arkansas Red Cross chapter volunteer who has driven over 100 miles each day back and forth from her home in Winslow, AR to the Fort Smith shelter, offered to bring Maddox her hair clippers from home and oversaw a church volunteer who gave him a haircut in preparation for his interview.

As of Tuesday afternoon, there were 28 people checked into the shelter, and more are expected to arrive as flooding continues. When asked how long she anticipated the Red Cross would keep the Fort Smith shelter open, Shelter Manager Linda Morgan responded, “We will be here as long as we are needed.”

Anyone in need of a shelter may visit redcross.org/shelter, download the free Red Cross Emergency App, or call 1-800-RED-CROSS to find a shelter closest to them.

The Red Cross also encourages those in affected areas to list themselves as “safe and well” online at https://safeandwell.communityos.org/cms/. Family and friends may then search for the name of anyone they are trying to locate on this site.

Help people affected by disasters like floods and countless other crises by making a gift to American Red Cross Disaster Relief. Your gift enables the Red Cross to prepare for, respond to and help people recover from disasters big and small. Financial donations can be made by visiting redcross.org, calling 1-800-RED-CROSS, or texting the word REDCROSS to 90999 to make a $10 donation.

Thank You for Your Support
.type=article.p=1
View All
/content/redcross/en/local/arkansas/about-us/news-and-events/news/volunteers-work-round-the-clock