About the American Red Cross in Iowa

As a community-based humanitarian organization, the American Red Cross Iowa Region prevents and alleviates human suffering in the face of emergencies by mobilizing the power of volunteers and the generosity of donors.

By helping people learn how to take care of their families and neighbors, the Red Cross strengthens communities and readies them for all types of disasters, including home fires, tornadoes, winter storms and health emergencies.

The Iowa Region serves our communities through 3 chapter offices. Find the one nearest you. 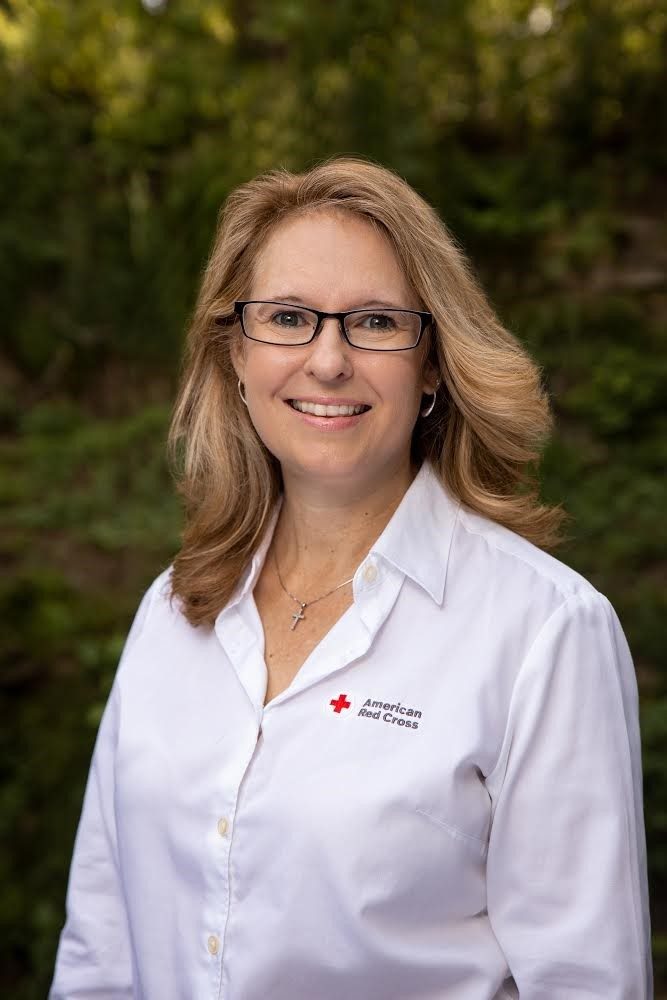 With more than 25 years of humanitarian service with the Red Cross, Jill Orton is the Chief Executive Officer for the American Red Cross Nebraska-Iowa, which serves more than five million citizens with a workforce of around 1,700 volunteers and more than 50 paid staff. In addition to overseeing operations in Nebraska and Iowa, she also is responsible for three counties in Wisconsin, one county in Illinois and one county in South Dakota.

Jill is a Central Nebraska native with a wide-ranging Red Cross career. Prior to becoming CEO, she served as the Region Disaster Officer from 2013-2014. During that time, she served as Job Director for multiple disaster responses, including tornado and flood relief operations. Her leadership assisted the Red Cross in delivering food, shelter, comfort and care to those affected.

In addition to answering the call for help within the region, Jill regularly deploys nationally as part of the Red Cross’  Elected Official Liaison Network. She has served on disaster response operations around the nation, including Hurricanes Michael, Florence and Irma, Superstorm Sandy, Thurman (Iowa) Tornado and Missouri River Flooding.

She started her Red Cross story in the early 1990s as a volunteer in Hastings, Nebraska. Jill’s first paid Red Cross position came in 2000 as part of the Training Services staff for the Heartland Chapter in Omaha and she became that program’s director in 2006. She then served as Executive Director for the Loess Hills Chapter in Council Bluffs, Iowa, from January 2010-August 2013.

Her honors include being an Alumni Cohort of the Red Cross Leadership, Education and Development (LEAD) program. She is a Rotarian, having served as president of the Council Bluffs Noon Club. Jill is an alumnus of the Institute of Career Advancement Needs (ICAN), Influence Defining Leadership for Women, Leadership Council Bluffs Class XXIII, and the Non-profit Association of the Midlands Executive Institute. She is a graduate of Mount Marty College in Yankton, South Dakota, where she earned a biology and chemistry degree. 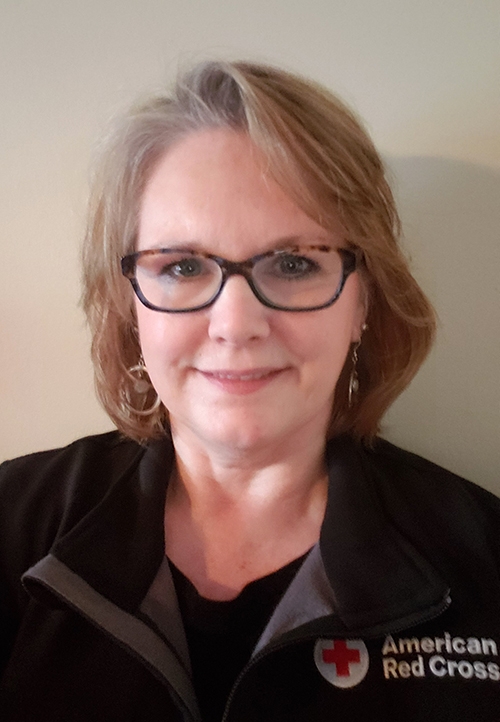 Brooke Mehaffey joined the American Red Cross in June of 2008. She supervises business operations and is responsible for all regional operations, fleet and facilities and administrative functions. Brooke coordinates with national headquarters to accomplish the region’s Finance, HR, IT, Fleet Management, Real Estate, Facilities Management, and Risk Management goals and responsibilities, and she ensures that the region’s responsibilities correlating to these functions are accomplished. Brooke has previously served as an executive director and regional communications director with the American Red Cross. Brooke earned a Bachelor of Science degree in finance at Auburn University. 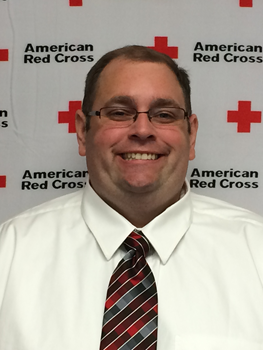 Brandon Holstrom joined the Red Cross in 2007.  He oversees disaster preparedness, response and recovery for the Nebraska-Iowa region.

Brandon is a graduate of Missouri State University with a Bachelor of Science degree in Business Management and Marketing. 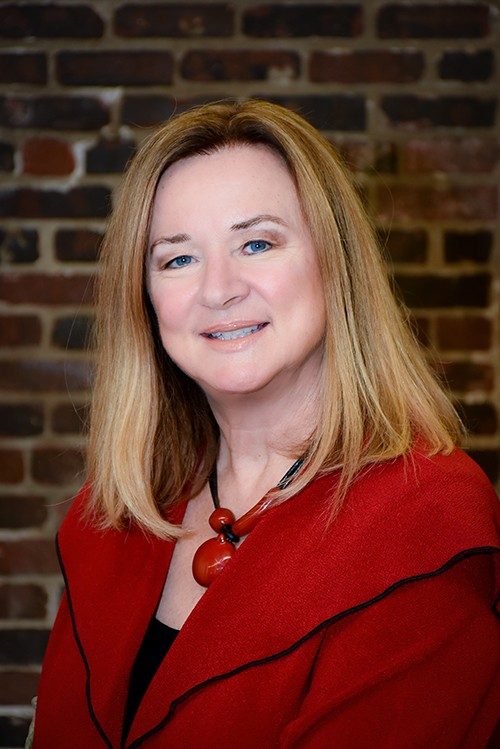 Becky Greenwald joined the American Red Cross as a Central Iowa board member, then stepped into her current role in 2018. As the Regional Volunteer Services Officer, Becky leads a team that assists all lines of service and departments and is subject matter experts in volunteer engagement, recognition and appreciation. She ensures that volunteers find their ideal opportunities and remain engaged. 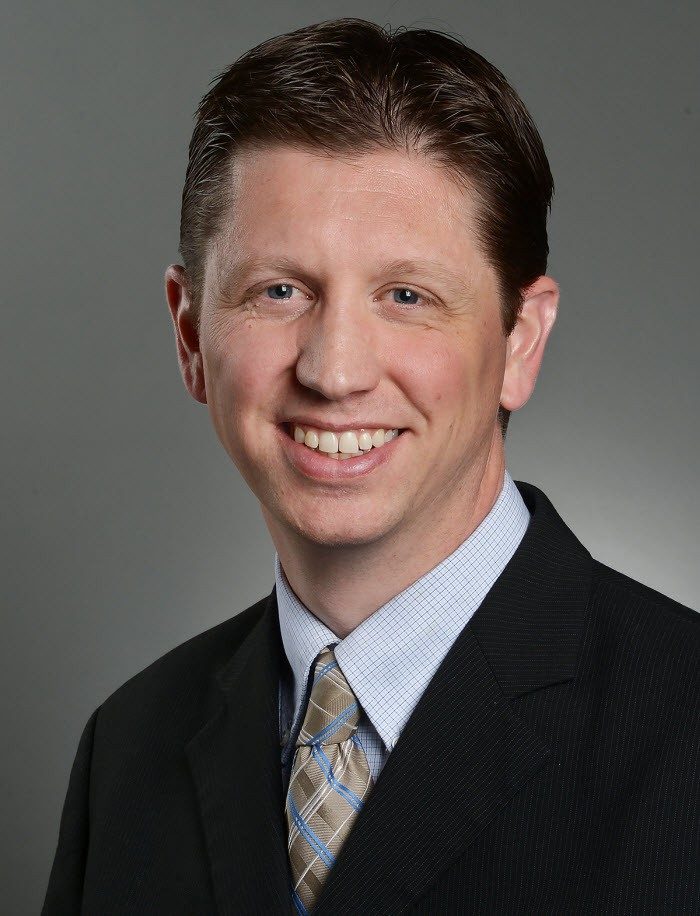 Josh Murray joined the American Red Cross in October 2018. He is responsible for directing the all communications functions for the Nebraska-Iowa Region.

Before joining the Red Cross, he spent 18 years at the University of Missouri—10 years with the Department of Athletics and eight years with the Office of Undergraduate Studies. During his career, Josh has been responsible for a wide variety of media relations, communications, public relations and marketing activities.

He holds two degrees from the University of Missouri—a Bachelor’s of Journalism Degree and a Master’s Degree in Strategic Communications. 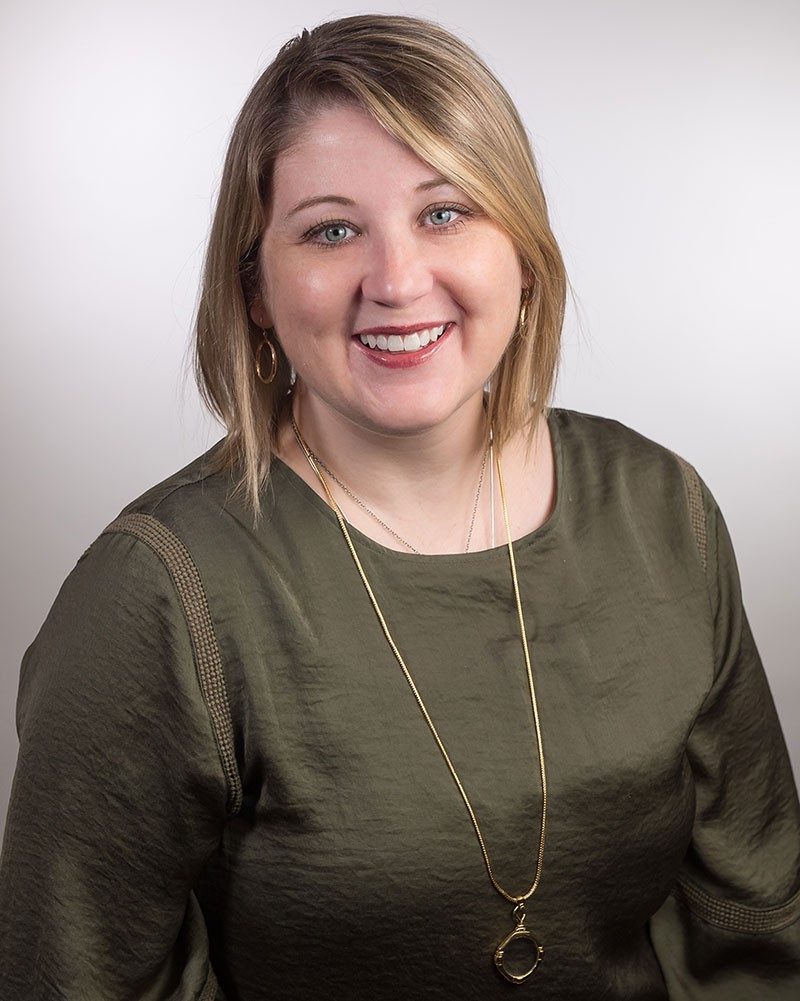 Krystal Steward joined the American Red Cross as the Region Executive Coordinator in December 2021. In addition to performing administrative duties, she is Chief of Staff to Region Executive Jill Orton and works closely with the region leadership to support each line of service.

Her career began at the Omaha World-Herald and later worked with the Daily Nonpareil in Council Bluffs. She held positions with the Durham Museum in Omaha, before moving into the banking industry.

Krystal earned her Bachelor of Arts degree in journalism and public relations/advertising from the University of Nebraska-Omaha.

Neal Bohnet joined the American Red Cross in July of 2017. As the Regional Chief Development Officer, Neal cultivates relationships and works with partners to support the Red Cross mission throughout the region.

Prior to joining the American Red Cross, Neal worked in development with other nonprofit organizations. He earned a Bachelor of Arts from Waldorf University. 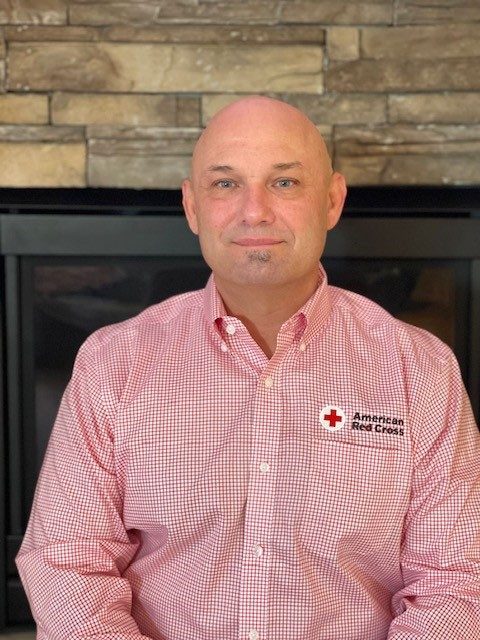 Kevin Zuroski joined the American Red Cross in November of 2015 after 28 years of service in the U.S. Marine Corps.

In his role as Service to the Armed Forces Regional Program Director, Kevin ensures that our historical mission of supporting military members and their families continues today.

Kevin received his education through the Marine Corps University.

Pami Erickson joined the American Red Cross in October of 2012. She furthers the Red Cross mission and presence in Eastern Iowa by growing community and corporate relationships.

Prior to joining the Red Cross, Pami was a classroom teacher and worked for the South Dakota Department of Education in Teacher Quality and Accreditation.

She earned her Bachelor of Science degree in education from Northern State University in Aberdeen, South Dakota. 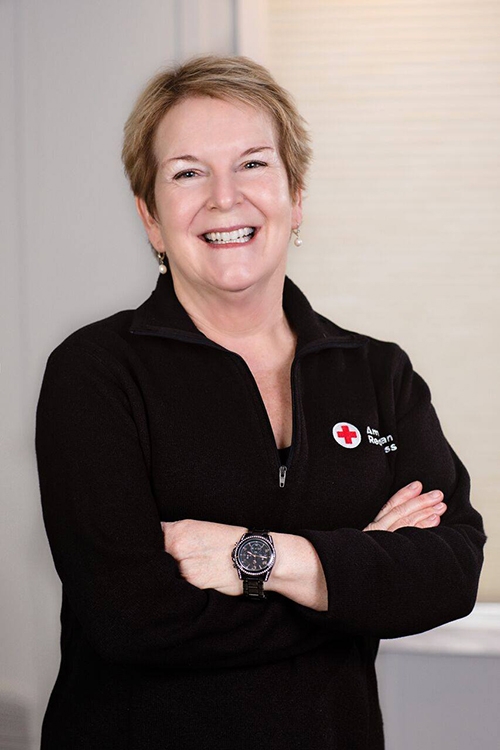 Leslie Schaffer has spent much of her 25 year non-profit management career with the American Red Cross. Over that time, she has led change as the Red Cross restructured, first consolidating 19 chapters in Iowa into three chapters. She served as the Regional Executive in Iowa for eight years and led field realignment efforts as Nebraska and Iowa became one region.

In her current role, she manages the day-to-day operation of the Central Iowa chapter, building relationships and furthering the Red Cross mission. 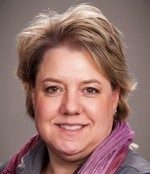 Tammy Lee joined the American Red Cross as a volunteer CPR/First Aid instructor in 1991. She currently serves as an Executive Director, growing Red Cross relationships and presence in Northwest Iowa and Northeast Nebraska.

Tammy has spent her entire professional career with the American Red Cross, starting after she was a volunteer as a graduate student.

She earned a Bachelor of Arts degree from the University of Northern Iowa and a Master’s degree in Youth and Human Services Administration. 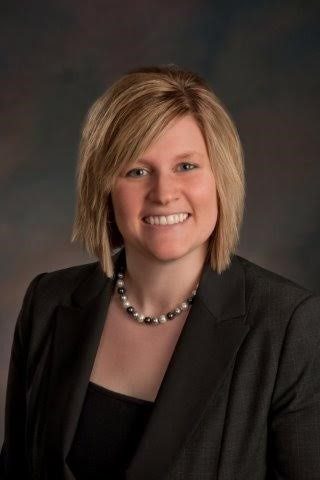 Steph Novacek joined the Red Cross as a Regional Philanthropy Officer in 2015 and moved into the Executive Director roll in 2017.

Prior to joining the Red Cross she was at Habitat for Humanity of Lincoln, helping families gain independence and stability. She has experience in fundraising, volunteer management, building relationships, supervising staff and community outreach.

She graduated from Nebraska Wesleyan University with a Bachelor’s of Science Degree in Education. 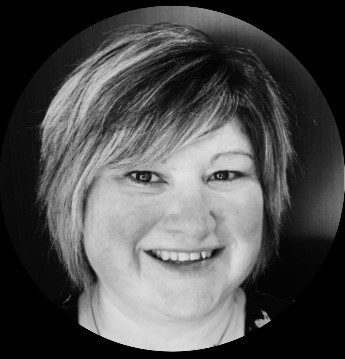 Rachelle Lipker joined the American Red Cross team as the Executive Director in 2015, after having volunteered for the Red Cross as a Preparedness, Health & Safety Instructor since 2001.

Prior to joining the Red Cross, Rachelle worked with other non-profit organizations for 20 years.

She holds a degree in Human and Social Service Administration from Bellevue University in Bellevue, Nebraska.

The contributions of corporate citizens enable the Red Cross to make a tremendous difference every day for those who rely on our services in disasters and other emergencies.